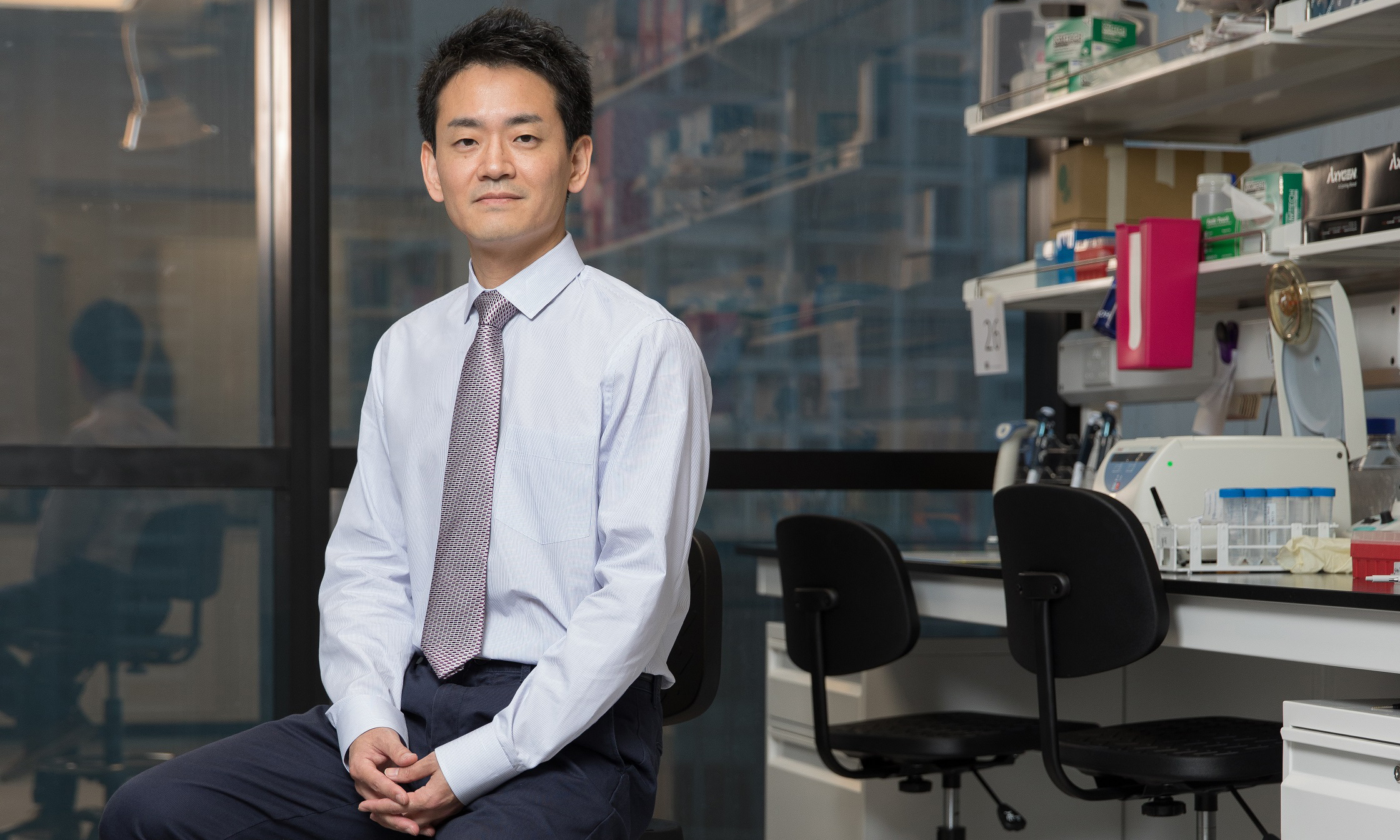 Listening to Asst Prof Yasunori Saheki recount memories of his childhood, it is clear that his predilection for scientific discovery has its origins in his family. His grandfather, Tsuneo Saheki, was an astronomer who dedicated five decades to observing Mars and was the first to observe flashes of light known as flares on the planet. To honour his contributions to astronomy, the International Astronomical Union (IAU) named a crater on Mars and an asteroid after Saheki.

This passion for science has rubbed off onto Asst Prof Saheki who is a Nanyang Assistant Professor at NTU’s Lee Kong Chian School of Medicine. He fondly remembers being captivated by the picture books of animals in his grandfather’s library whenever he went to visit as a child.

“Since I was a little child, I was always fascinated by living creatures. In the study at my grandparents’ house, there was a gigantic shelf with different types of books, ranging from textbooks to picture books. Picture books at the lower corner of the shelf always caught my attention. It was easy to access, and I remember being attracted to the picture books on reptiles and other animals,” Asst Prof Saheki recalled.

Asst Prof Saheki also grew up catching small animals such as insects and frogs in the rice paddy fields around his home in the suburbs of Japan. He became curious about how these creatures move and grow as well as how their organs function. Asst Prof Saheki was good at remembering the names of various organs and their functions as an elementary school student, which further inspired his interest in anatomy. 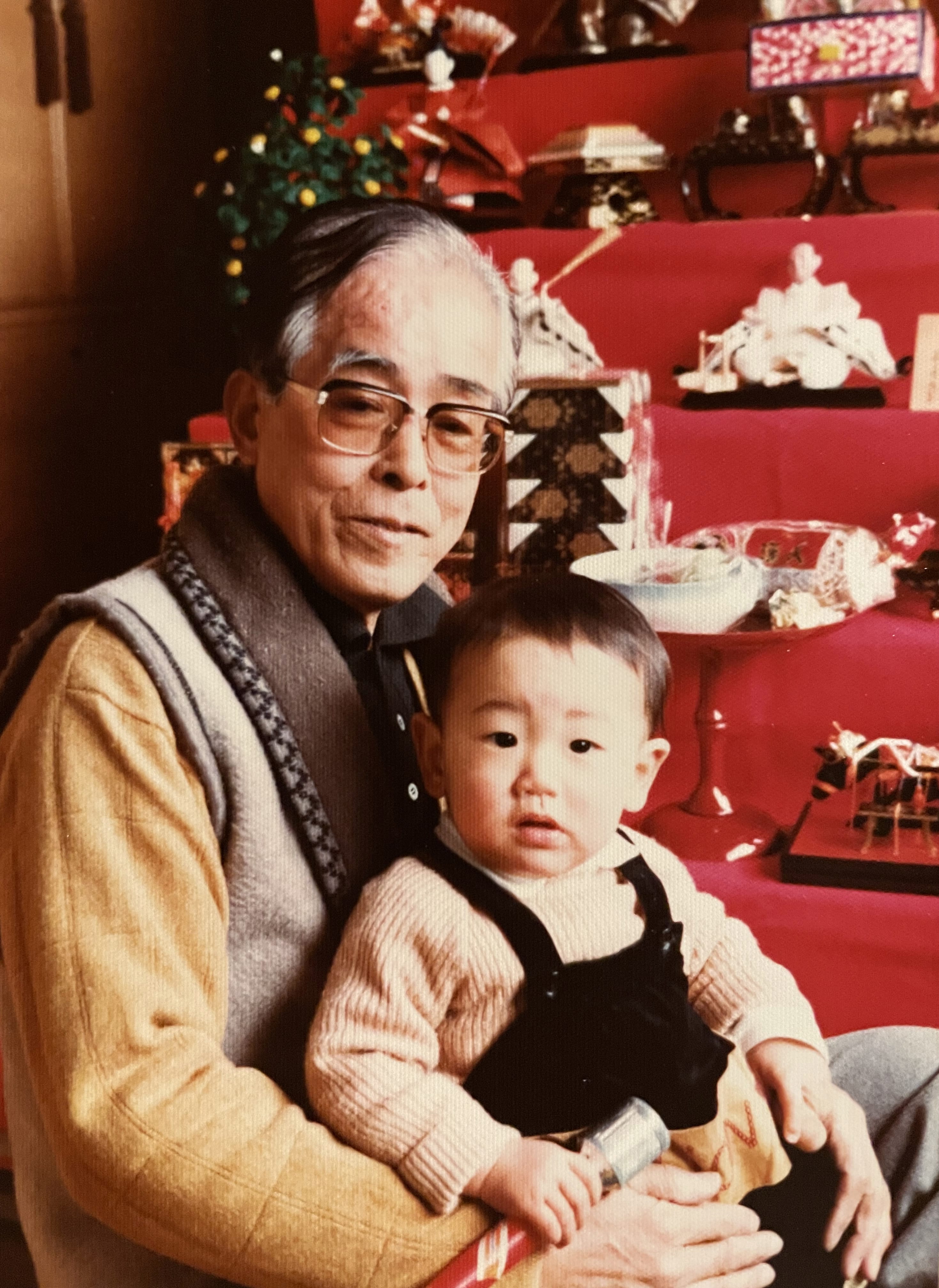 A scientist from a young age, Asst Prof Saheki and his sister spent their summer holidays doing small research projects such as investigating how long it takes for stale eggs to float on salty water, tracking the movement of sunspots – cooler areas on the surface of the Sun – using his grandfather’s telescopes, and raising silkworms until they turned into moths. Their parents took them to science museums where the young Saheki was exposed to a wider variety of topics and developed an appreciation for other areas of science, including chemistry and physics.

It was these early experiences that fostered Asst Prof Saheki’s excitement for scientific research. Following his interest in anatomy and fulfilling his parents’ wishes of having a medical doctor in the family, Asst Prof Saheki obtained an MD from the Okayama University Medical School in Okayama, Japan.

At medical school, Asst Prof Saheki’s interest in the nervous system was ignited when he worked on a project to understand learning and memory in rats. Attending to a patient with incurable pancreatic cancer, Asst Prof Saheki realised the importance of research in understanding the fundamental basis of biology to develop new therapies for treating diseases. Taking his interest in research further, Asst Prof Saheki subsequently received a PhD in Neurobiology from the Rockefeller University, New York, USA under the guidance of Prof Cori Bargmann.

For the brain to function properly, there must be well-balanced levels of fatty molecules known as lipids in the plasma membranes that surround the specialised cells known as neurons and other cells in the nervous system. However, little is known about the mechanisms that control the distribution of lipids in cells.

Although lipids were the most challenging subject for Asst Prof Saheki in medical school, the complexity of their structure and function eventually spurred him to investigate them. Acting on his mentor’s advice to do something different from his PhD work to broaden his perspective, Asst Prof Saheki pursued his postdoctoral training with Prof Pietro De Camilli at Yale School of Medicine, who had been working on the then-emerging field of how proteins regulate lipid metabolism and transport to control nervous system function.

Today, using a combination of cell biology, biochemistry and microscopy techniques, the Saheki Lab at NTU investigates how the transport of lipids such as cholesterol is regulated in neurons and various other cells. The lab was also among the first to study the mechanisms of lipid transport inside cells of the small worm called Caenorhabditis elegans (C. elegans). As the worm is transparent, individual cells and their structures can be easily observed. Its short lifecycle and simple genetic make-up compared to humans also make it easy to investigate cellular processes in great detail.

The disturbed distribution of lipids in neurons due to defects in lipid transport has been associated with various neurological disorders, including intellectual disability and neurodegenerative diseases such as Alzheimer’s and Parkinson’s diseases. Research that answers fundamental questions about biology such as how lipid transport is regulated inside cells, as Asst Prof Saheki emphasises, lays the foundation for developing new treatments for these conditions.

Asst Prof Saheki’s team has discovered that a group of proteins called GRAMD1 proteins sense and maintain cholesterol levels in cells, which is crucial for normal brain function. In another recent discovery, Asst Prof Saheki and his team of researchers found that a pair of proteins, PDZD8 and TEX2, regulates lipid transport by working with two other proteins, synaptojanin and OCRL1, to prevent the build-up of lipids in cells. Without these proteins, an important lipid called PI(4,5)P2 accumulates in cells, leading to premature cell death and abnormal cell function.

By designing drugs that correct the distribution of lipids in cells, the progression of neurodegenerative diseases such as Alzheimer’s and Parkinson’s diseases could potentially be slowed or even reversed.

For his research on lipid transport, Asst Prof Saheki has been selected as a European Molecular Biology Organisation (EMBO) Global Investigator in 2021. Recipients of the prestigious award receive funding support for networking, collaboration and training activities.

Outside the laboratory, Asst Prof Saheki enjoys the simple pleasures of daily life but he still finds himself indulging his passion for the intricacies behind everyday observations. His greatest joys are spending time with family and watching his two young children grow up. According to Asst Prof Saheki, observing their cognitive and motor skills improve day-by-day is a testament to the complexity of human development.

Drawing on his experiences as a young principal investigator, Asst Prof Saheki has this piece of advice for aspiring researchers: “Research is a marathon so focus and patience are important. Ask important questions and don’t be limited by your imagination.”