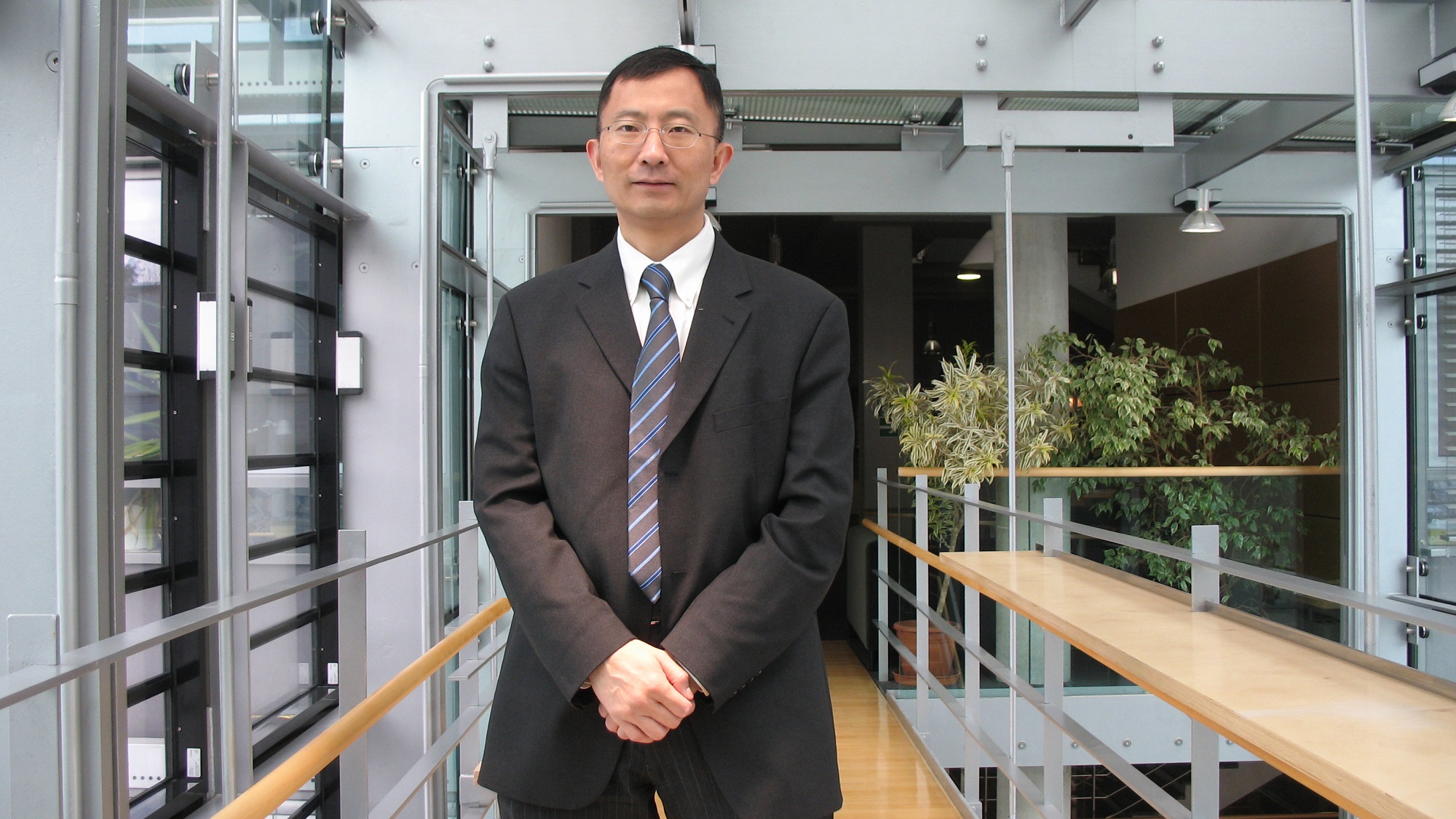 By studying the properties of natural materials at the nanoscale, Prof Gao Huajian, Distinguished University Professor at NTU, has unravelled the secrets of why bones, shells and teeth do not break easily and how geckos stick to surfaces.

Prof Gao’s passion for understanding the world was fuelled when he was growing up in China’s countryside. He would stare at aeroplanes and birds and wonder about the driving principle behind the flight of the two different objects.

“My interest in science was ignited when I was preparing for the university entrance exams. I was fascinated by the scientific concepts and discoveries that I had read about in textbooks,” says Prof Gao, who joined NTU’s School of Mechanical and Aerospace Engineering in 2019.

However, Prof Gao did not forget his childhood fascination with nature. Combining his background in mechanical engineering with an understanding of biological concepts, he started his research on the nanostructures of biological materials when he was a scientist at the Max Planck Institute for Metals Research in Stuttgart, Germany.

“We can learn a lot from studying materials found in nature as they are synthesised molecule by molecule and are optimised, having undergone millions of years of evolution,” he said.

“They are also environmentally friendly and can be made at low cost. By studying natural materials, we can uncover the unexpected and unanticipated. We want to understand these materials, then do better than nature.”

Studying bones, shells and teeth, Prof Gao discovered that the minerals in these materials are arranged in nanostructures that make them up to 3000 times stronger than crystals of pure minerals.

He also found the secret to a gecko’s extraordinary ability to climb walls: it lies in the structures of the microscopic hairs at the base of their feet, which enable the lizards to stick to and scale vertical surfaces.

Prof Gao aims to use his in-depth understanding of natural materials in biological and engineering applications that range from making tougher materials to developing new ways of delivering drugs into cells.

His recent invention is a durable and elastic patch that can withstand the beating of the heart to restore heart function in patients with cardiovascular disease.

Ever the curious scientist, Prof Gao is also interested in often overlooked biological phenomena. For example, he wondered why most viruses were around tens to hundreds of nanometres in size, not smaller or larger. The SARS outbreak in 2003 spurred him to find the answer to this question and he discovered that the key to viruses infecting cells effectively lay in being exactly the right size. This led him to conduct further research on cell membranes and eventually, to develop similar-sized nanoparticles that target bacterial membranes to treat bacterial infections.

Prof Gao’s contributions to extending the frontiers of knowledge have earned him numerous honours and awards, including the Guggenheim Memorial Fellowship in 1995; the Rodney Hill Prize in Solid Mechanics from the International Union of Theoretical and Applied Mechanics and the Alexander von Humboldt Research Award, both in 2012; and the 2015 Nadai Medal, the highest recognition of the Materials Division of the American Society of Mechanical Engineers (ASME).

More recently, Prof Gao has been awarded the 2021 Timoshenko Medal by ASME, the highest recognition in the field of applied mechanics for his pioneering contributions to the nanomechanics of engineering and biological systems, a new research field at the interface of solid mechanics, materials science and biophysics.

“Science is a big community, and I enjoy working with students and colleagues to find solutions and surprises together in our exploration. I want to continue asking the right questions, find a clever way to answer them, and hopefully my work will be applied or used in some way,” says Prof Gao.