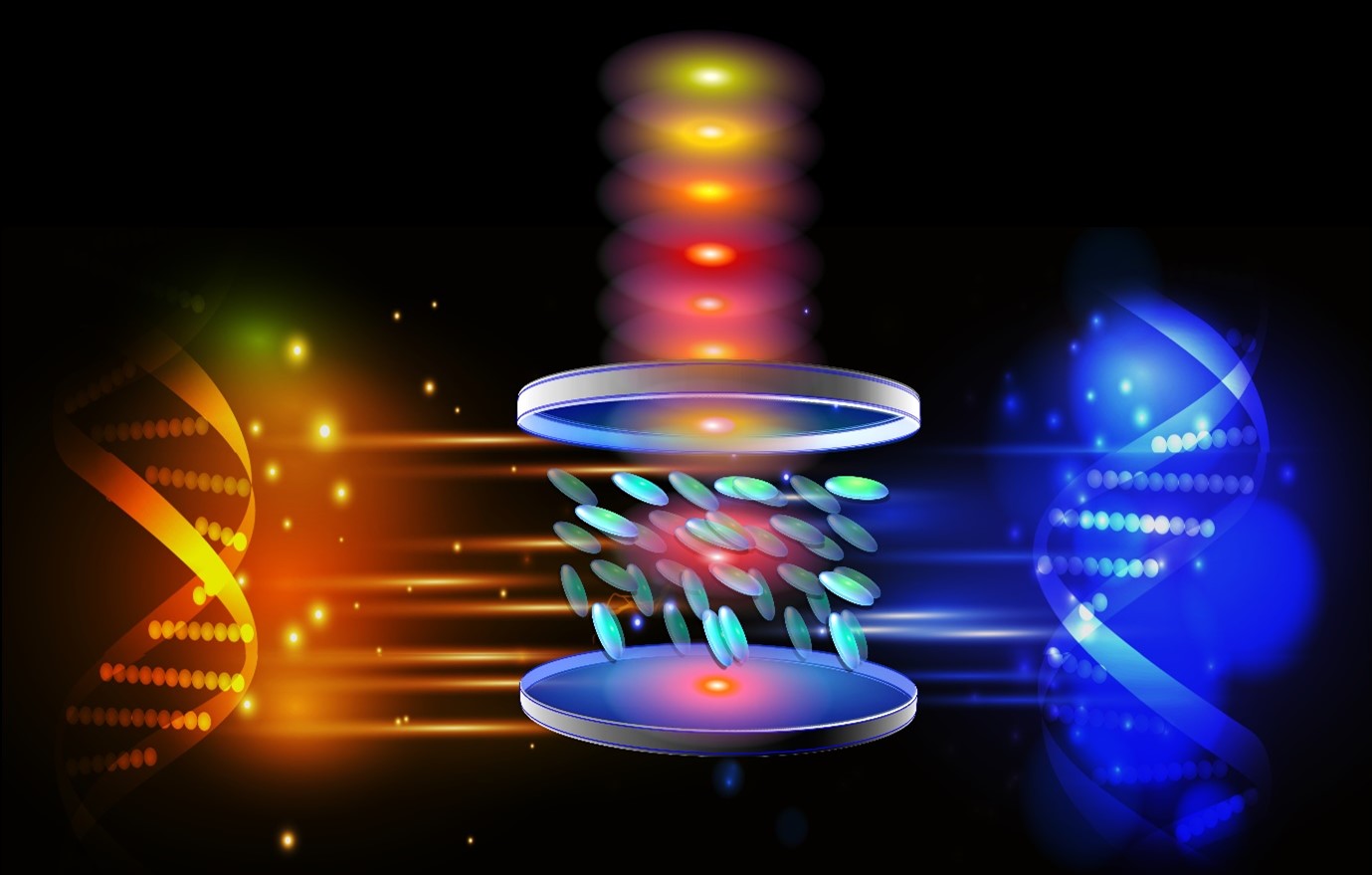 Biomolecules like DNA can be used to modify the properties of optical materials such as liquid crystals to control lasers. Image credit: Yu-Cheng Chen.

A team of researchers co-led by NTU scientists has discovered that DNA can interact with liquid crystals and are able to ‘tune’ the wavelength of lasers. This paves the way for bioelectronic applications such as sensors and DNA-based computers which process information stored in DNA.

The study is an example of how scientists are combining electrical engineering with biology to create novel applications through the fusion of biological materials and electronics. Liquid crystal is an optical material commonly used to regulate the emission wavelengths and direction of light in screen displays and lasers. Liquid crystal molecules are arranged in a crystal structure, but the material flows like a liquid – a unique property that allows them to manipulate light.

Previous research has shown that DNA, the heritable genetic material present in all living cells, can interact with optical materials such as liquid crystals and alter their light-regulating properties at the nanoscale.

As sequences of DNA molecules can be precisely customised, they may potentially be used as regulators in bio-inspired electronics. Aiming to take advantage of the customisable characteristic of DNA and its ability to interact with optical materials, the research team investigated whether DNA molecules can be used to control laser light, which could have important applications in bioelectronic devices.

When complementary ssDNA was added, double-stranded DNA was formed, changing the arrangement of the liquid crystals and switching the laser light back to red.  By varying the concentration of ssDNA and complementary ssDNA molecules, the scientists found that they could control the rate at which the wavelength of laser light changed. 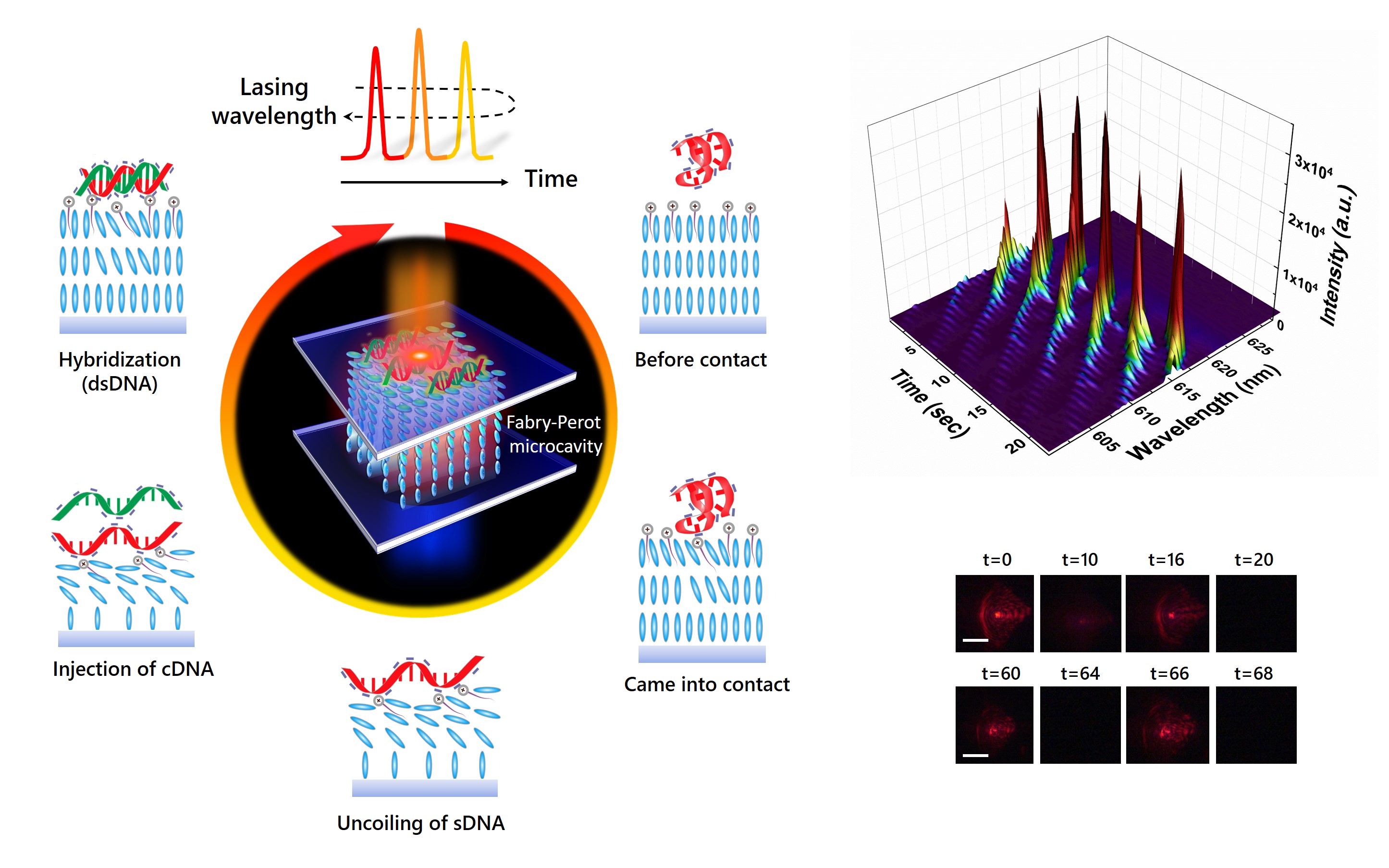 Binding of DNA changes the arrangement of liquid crystals, and thus, the wavelength of the emitted laser light. Image credit: Yu-Cheng Chen.

“The ability of DNA to precisely tune lasers opens the door to devices that store data in novel ways,” says Asst Prof Chen Yu-Cheng of NTU’s  School of Electrical and Electronic Engineering and  School of Chemical and Biomedical Engineering, who led the study.

“Being able to ‘programme’ lasers in this way could have significant impact in computing applications such as DNA-based computers in which information is relayed by DNA interactions in the circuit.”

Lasers that are controlled by DNA could also be used as biosensors. Shifts in laser light wavelengths in response to interaction with DNA sequences associated with specific diseases could be the basis of a tool for detection and diagnosis, say the researchers.

Controlling the behaviour of light