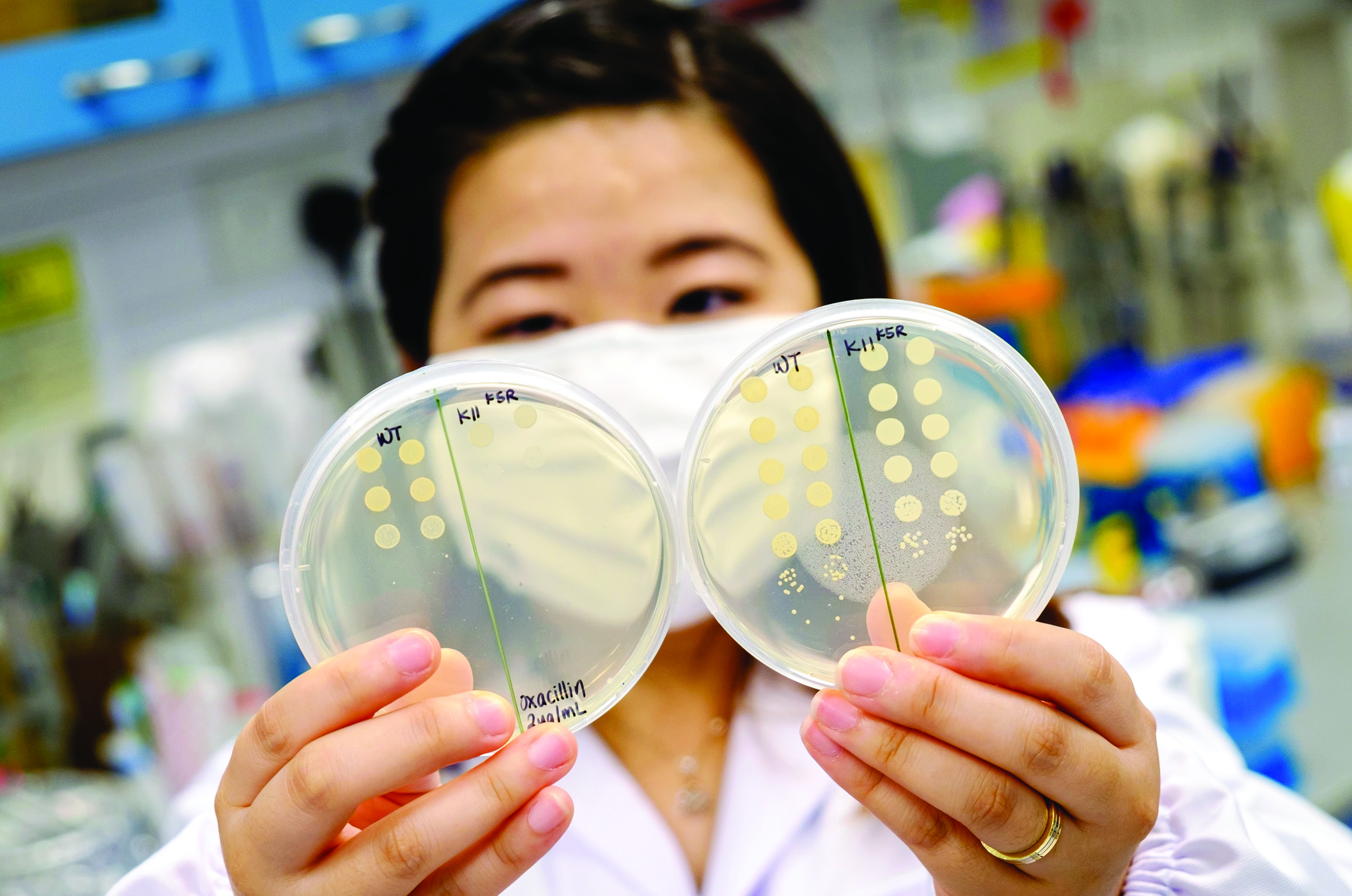 Every year, an estimated 700,000 people globally die of diseases caused by antibiotic-resistant bacteria. To tackle difficult-to-treat bacterial infections, a team of NTU researchers developed a potent antimicrobial peptide that is able to disrupt bacterial membranes.

When tested in the wounds of mice infected with microbial biofilms comprising superbugs such as methicillin-resistant Staphylococcus aureus, the peptide effectively killed more than 90% of the bacteria. The antimicrobial peptide proved to be even more effective when used in combination with low doses of antibiotics the bacteria was previously resistant to, suggesting that it rendered the bacteria susceptible to the antibiotics.

“We found that the potency of the antimicrobial peptide increases when used with antibiotics, restoring the bacteria’s sensitivity to drugs,” says Assoc Prof Kimberly Kline of NTU’s School of Biological Sciences, who led the study together with Prof Mary Chan of the School of Chemical and Biomedical Engineering.

“More importantly, the bacteria we tested developed little to no resistance against our peptide, making it an effective and feasible addition to antibiotics as a viable combination treatment strategy,” Assoc Prof Kline adds.

Details of the antimicrobial peptide can be found in “Combined efficacy of an antimicrobial cationic peptide polymer with conventional antibiotics to combat multidrug-resistant pathogens”, published in ACS Infectious Diseases (2020), DOI: 10.1021/acsinfecdis.0c00016.