In this 30th anniversary issue, Pushing Frontiers talks to four NTU researchers who are pushing the frontiers of their respective fields. From devising sustainable ways of storing energy to understanding how gut microorganisms affect disease development, their research promises to impact societies and generations to come. 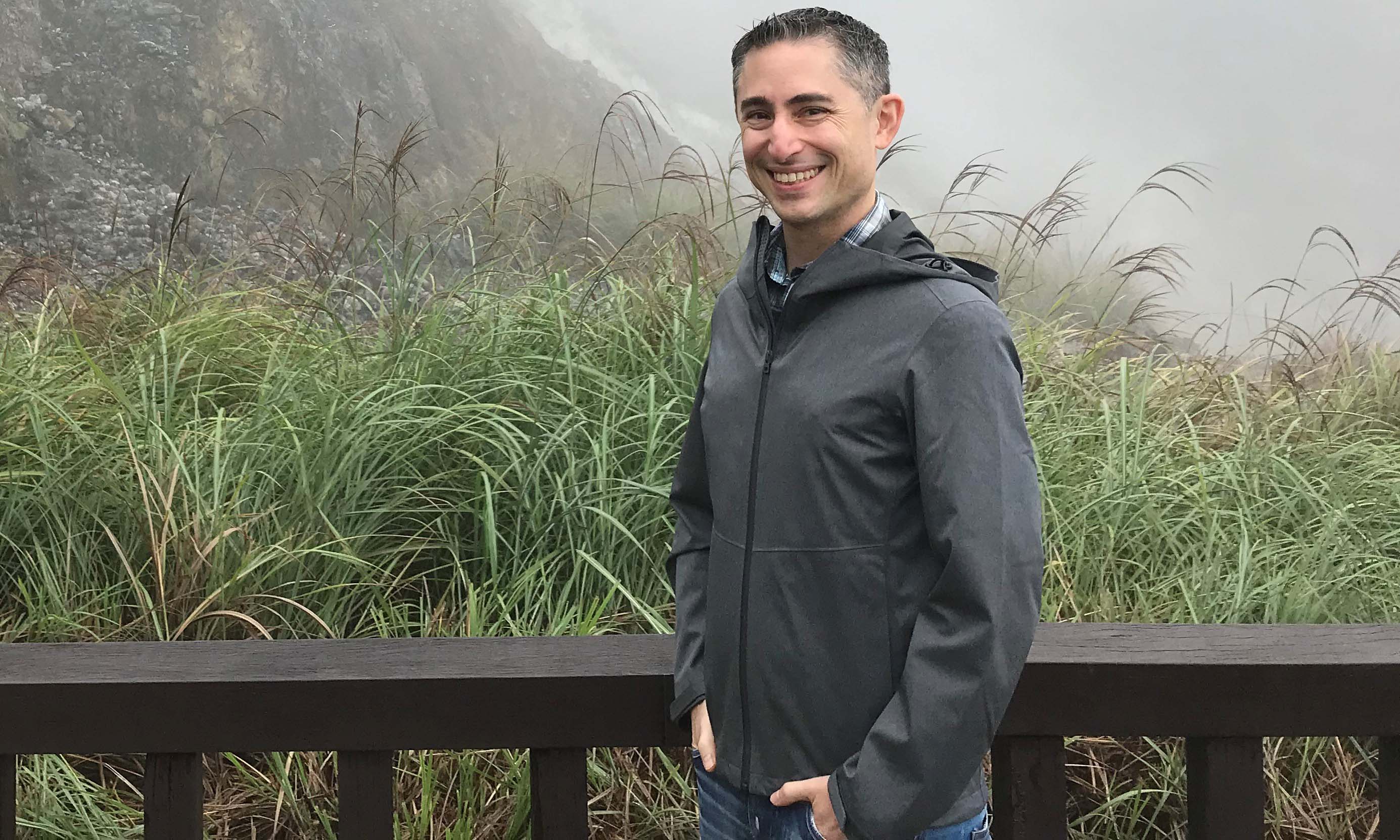 Like a forensic detective, Asst Prof Aron Meltzner from NTU’s Earth Observatory of Singapore (EOS) seeks to piece together records of the changes in land height and sea level from the past to the present and to link those changes to natural disasters. “I study clues in geological formations, such as corals, to infer how sea levels have fluctuated over time and predict the occurrence of events such as earthquakes,” says the geologist, who leads the sea level and earthquakes team at EOS.

Studying circular colonies of coral, known as microatolls, Asst Prof Meltzner uncovers hidden evidence that sea levels have risen or fallen in the past. Located at intertidal regions that are submerged at high tide but exposed at low tide, microatolls grow outward and upward every year if underwater, while the top part of the coral dies if exposed to air for a prolonged period of time.

By observing the appearance of microatolls and using radiocarbon dating methods to estimate the age of the corals, Asst Prof Meltzner and his team established a prehistoric record of how relative sea levels have changed. “By studying microatolls, which are valuable indicators of sea level changes, we are able to deduce if natural disasters such as earthquakes have happened in the past. For example, changes in regional sea levels caused by the sinking or uplifting of land may be the result of destructive earthquakes,” explains Asst Prof Meltzner.

In his more than 10 years at EOS, initially as a research fellow, Asst Prof Meltzner has mapped prehistoric changes in sea levels in the Southeast Asian region that date back thousands of years. He and his team have discovered evidence of large prehistoric earthquakes along the west coast of the Philippines, which may have sent tsunamis across the South China Sea. More recently, Asst Prof Meltzner’s research has revealed that a “slow motion” earthquake lasting 32 years – the longest ever recorded – led to the catastrophic 1861 Sumatra earthquake. By providing a window into the earthquakes of the past, a detailed record of prehistoric sea level changes also sheds light on whether an earthquake is likely to occur in the future and enables people living in the region to take precautions to protect themselves.

In collaboration with other research groups at EOS, Asst Prof Meltzner is also building models to better understand other potential geological causes of the changes seen in the corals.

Mapping the impacts of natural hazards in order to save lives