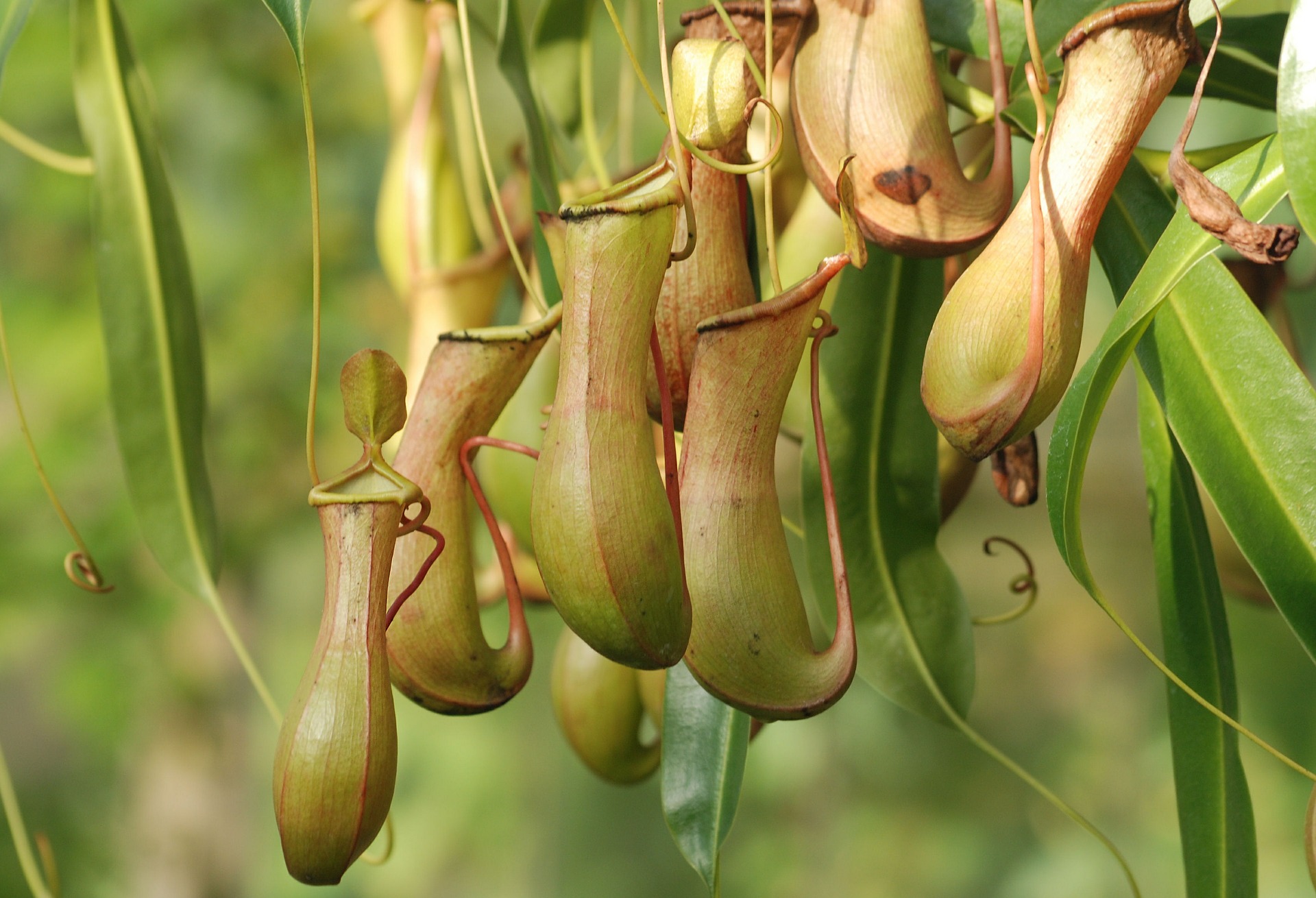 Each year, millions of tonnes of industrial waste which contain complex mixtures of flammable organic liquids are generated. To dispose the flammable liquids safely, methods such as distillation are used to separate them from the mixture. However, these are costly, energy intensive methods that involve multiple steps.

Inspired by the slippery traps of the pitcher plant, NTU researchers have invented eco-friendly membranes and sponges to separate flammable mixtures of organic liquids more easily than existing methods permit.

The coatings on the membranes and sponges mimic the surfaces of pitcher plant traps, which are formed from specialised leaves whose surfaces are coated with a thin film of nectar or water. This layer makes the surfaces of the traps slippery and liquid-repellent, meaning insects and liquid will slide down them easily.

To create membranes and sponges that repel liquid, the research team led by Prof Duan Hongwei of NTU’s School of Chemical and Biomedical Engineering, and Prof Lim Teik Thye of NTU’s School of Civil and Environmental Engineering, applied a special coating developed from plant polyphenols – organic compounds produced by plants – onto cotton fabric and melamine sponges.

The coating has a strong affinity for a broad range of organic liquids, enabling them to be infused into the fabric and the sponges, forming a film on the materials. This film functions like a gate that selectively lets more of the same liquid through but repels other liquids.

Using the liquid-infused membranes and sponges, the researchers found they could separate and recover liquids from a wide range of immiscible mixtures within a few minutes, with more than 98 per cent efficiency.

After use, the membranes and sponges are cleaned. They can be reused up to 10 times with the same level of separation efficiency.

The researchers are also exploring the use of the membranes and sponges for biomedical applications such as stopping the leakage of body fluids during medical procedures.

The study “Universal and switchable omni-repellency of liquid-infused surfaces for on-demand separation of multiphase liquid mixtures” was published in ACS Nano (2021), DOI: 10.1021/acsnano.0c10871.