On top of managing her own company in the oil and gas industry, Dr Sun is also an accomplished writer and poet, better known by her pen name, Ling Dang. She is currently pursuing her second PhD at NTU’s School of Humanities in Chinese studies.

“NTU’s EMBA programme provided me with an international perspective which helped in my career development," said Dr Sun. "This Prize is my way of giving back to my alma mater. I encourage students and alumni who are interested in Chinese literature or are aspiring to develop a career in literature to follow their heart and continue to pursue their passion."

Dr Sun has shown her love for and talent in Chinese literature from a young age. She started writing when she was 15 and published her first poem at the age of 19. Since then, she has produced 13 books spanning novels, poems, short essays as well as management books, and received several accolades in literature.

The Prize aims to promote the development of Chinese creative writing in Singapore and globally. It will be awarded every two years to authors of outstanding literary works in the genres of poetry, essay or fiction written in the Chinese language. There are three award categories: international category open to anyone; one for Singaporeans and permanent residents only; and one for full-time NTU students.

Dr Sun came from Beijing and grew up in the Shandong province of China. At the early stage of her career, she worked in the oil fields of Shaanxi and Jilin, and became one of the pioneers in the independent oil business in China. After that, she explored overseas markets and was involved in the oil industry in Argentina and Central Asia. 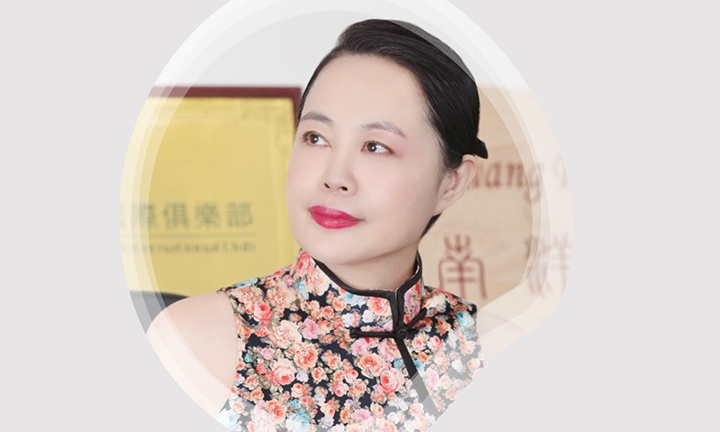 To Dr Sun, the Ling Dang Literature Prize fulfills her ambition to impart the appreciation and value of Chinese literature to the next generation.

Dr Sun recalled that when she worked for oil and gas companies as a young engineer in the 1980s and 1990s, she had to stay and work at remote oil fields in a desert climate. While away from home, she turned to creative writing to seek solace and pass the hours. Her work won a competition in 1995 organised by the Hebei Provincial Writers’ Club, and she joined the Chinese Writers Association in China as one of the youngest members of the Association.

She came to Singapore in 2004 to pursue her postgraduate studies at NTU as she sought to upskill and explore the world. Warming to the garden city with its melting pot culture, she left her business management role in an oil and gas firm in China and returned to reside in Singapore in 2010, starting her own company and investment ventures as well as continuing her writing.

In her writing, she often shares views and observations on identifying her own roots and culture while embracing the differences between China and Singapore’s Chinese cultures. In November 2021, Dr Sun published her latest book, “Li San Liu Sheng” (《离散流声》) comprising poems, short novels, essays and casual notes. The book is a collection of her writing experiences, her journey of living and travelling in many countries throughout the years, and how she found the “home” in her heart.

Dr Sun has contributed significantly to promoting Chinese literature in Singapore. Today, she is the Honorary Chairman of the Singapore Association of Writers. In 2016, Dr Sun set up the Nanyang Poetry Society and has served as its President since then. She is also the President of the Society of Dreams of the Red Chamber (Singapore) which was set up in 2021, to promote the research and encourage information sharing about “Dreams of the Red Chamber”, one of the four great classical novels of Chinese literature.

The Ling Dang Literature Prize fulfills Dr Sun’s ambition to impart the appreciation and value of Chinese literature to the next generation. "My dream is to benefit more people who love literature, and to help, support and encourage writers and young people who are struggling in their writer’s journey,” she said.

Dr Sun has fully integrated into living in Singapore and is an active grassroots community leader with a resident constituency in Yew Tee. 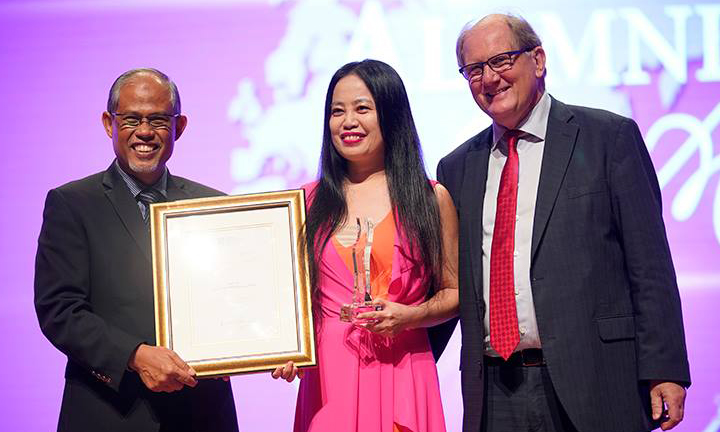 In January 2022, she led a charity project, called Lighting the Heart, initiated by the NTU Alumni Association (Beijing) and co-organised by the Nanyang International Club, to donate books and stationery to needy students in China.

She hopes that entrepreneurs and fellow alumni who are equally passionate about literature will also feel inspired to nurture the next generation of writers and poets through supporting or setting up similar book prizes.

For those who are interested, more details on submitting an entry for the Ling Dang Literature Prize will be announced in due course.

Gift of education from author You Jin