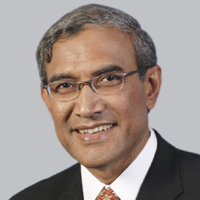 Zainul Abidin Rasheed has had a fulfilling career of more than 45 years in government, international diplomacy and journalism, while continuing to serve in the corporate sector and in voluntary and charitable organisations.

Beginning in 1971 as Research Editor of the Asia Research Bulletin and Editor of The Singapore Business and culminating as Editor of Berita Harian and The Sunday Times, Zainul learnt lots about life and reality in Singapore, the region of South East Asia and the world at large. He was also the Associate Editor of The Straits Times responsible for the establishment of the ASEAN Desk reaching out to understand Singapore's important neighbours.

Zainul had served numerous important Singapore institutions, agencies, councils and civic organizations, including as President of the Islamic Religious Council (MUIS); CEO of the Council for the Development of the Malay/Muslim Community; Chairman of the Malay Heritage Foundation; Executive Secretary of the Singapore Port Workers' Union; a Member of the BOD of the Port of Singapore Authority; a member of the National University of Singapore Council and the Council for Security Co-operation in the Asia Pacific.

Zainul currently serves as Ambassador to Kuwait (Non-Resident). He was the former Senior Minister of State for Foreign Affairs and served as a Member of Parliament from 1997-2011.

Zainul is currently a member of the Board of Directors of MediaCorp Pte Ltd. He is also serving as Non-Executive Independent Deputy Chairman of the OM Holdings Limited Board, a Singapore manganese mining, smelting and trading company listed on the Australian Stock Exchange.