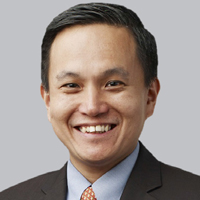 Mr Tan Chin Hwee has joined Trafigura Group, one of the largest commodity traders in the world as the CEO, Asia Pacific. Before joining Trafigura, he was a founding partner in Asia for Apollo Global Management, a leading global alternative investment firm that is among the top three largest in the world. Before joining Apollo, he was a Managing Director at Amaranth, where he pioneered a number of historic capital market “firsts” in public and private investment opportunities.

Chin Hwee has been appointed to join the Emerging Stronger Taskforce (EST) set up under the Future Economy Council (FEC)/PMO. The government-led taskforce consisted of key industry representatives to review how Singapore can build new sources of dynamism and stay economically resilient in a post-COVID-19 world. He was nominated as a member of the Trade & Connectivity Standards Committee under the Singapore Standards Council (SSC)/MTI, which facilitates the development, promotion and review of standards in Singapore.

Chin Hwee is also a board and advisory member of a number of organisations including Singapore Press Holdings Ltd and for Nayara Energy Ltd, India. He is a member of the advisory panel for the Monetary Authority of Singapore and Singapore Maritime Port Authority.  He also sits on the board of Nanyang Technology University and the Hwa Chong Institution.  He has also been a trustee of the SingHealth endowment fund.

Chin Hwee has a Bachelor of Accountancy degree, graduating with Second Class Upper Honours in 1995 from NTU. He has an MBA from Yale University and completed a postgraduate course at Harvard Kennedy School. He is a Chartered Financial Analyst (CFA) and is both an Australian- and a Singapore-registered Certified Public Accountant (CPA). He is also a Non-executive Director of CFA Society Singapore.

Chin Hwee received the Nanyang Alumni Achievement Award in 2014 and the Nanyang Outstanding Young Alumni Award in 2011 from NTU. He was honoured as a World Economic Forum Young Global Leader in 2010 and as a World Cities Summit Young Leader in 2014. He is the winner of the Singapore 2013 Distinguished Financial Industry Certified Professional (FICP) Award. He was voted by The Hedge Fund Journal as one of the top 40 emerging absolute return investors globally and was also named Best Asia Credit Hedge Fund Manager by Hong Kong-based publication The Asset. In 2018, Chin Hwee received the Nanyang Distinguished Alumni Award.