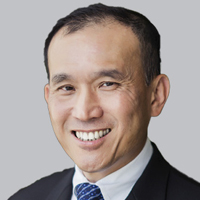 Appointed as Deputy Chairman A*STAR in November 2006, Chuan Poh has been a Board Member of Nanyang Technological University (NTU) since 2003, and the National Research Foundation since January 2006. He was the Chairman of the National Infocomm Security Committee from 2010 to 2015 and co-chaired the National Cybersecurity R&D Executive Committee until April 2016. He is the inaugural Chairman of the Governing Board of the Lee Kong Chian School of Medicine, a joint Medical School between NTU and Imperial College. Chuan Poh was appointed an Adjunct Professor at the Lee Kuan Yew School of Public Policy (LKY SPP) at the National University of Singapore (NUS) from July 2013 to Jun 2017.

Internationally, Chuan Poh is a Board and Council Member of the Science and Technology in Society (STS) forum; and a Member of Japan’s World Premier International (WPI) Initiative Programme Assessment and Review Committee since 2007; as well as being a Special Committee Member of Japan Science and Technology Agency (JST) Advisory Committee since 2014. He became a founding member of Frost and Sullivan Board of Governors of the Economic Development Innovation Council in 2014.

Prior to helming A*STAR, Chuan Poh was Permanent Secretary at the Ministry of Education (MOE) from July 2003 to March 2007. At MOE, Mr Lim oversaw the transformation of the publicly funded universities into Autonomous Universities (AUs) to enable them to reach new peaks of excellence. He also reviewed the university research framework that led to the creation of the Academic Research Council and a new Academic Research Funding Framework. A specific proposal of the review was the hosting of Research Centres of Excellence by the AUs to catalyse their evolution into research-intensive universities. The framework for the polytechnics to tie up with top foreign institutions to offer degree programmes in specialised areas was also put in place. In addition, he guided the establishment of the Duke-NUS Graduate Medical School at Outram Campus.

Before joining MOE, LG (NS) Lim Chuan Poh spent 23 years with the Singapore Armed Forces and last held the office of the Chief of Defence Force. LG (NS) Lim joined the Singapore Armed Forces (SAF) in 1980 on being awarded an SAF Overseas Scholarship. He held various appointments in the course of his military career, including Head, Joint Plans Department; Commander of the 10th Singapore Infantry Brigade; Commander, 9th Division; Chief of Army from July 1998 to March 2000; and Chief of Defence Force from April 2000 to March 2003. He was promoted to the rank of Lieutenant General (LG) in 2001.

During his term as the Chief of Army and then as Chief of Defence Force from 1998 to 2003, LG (NS) Lim oversaw the operational deployment of SAF Peacekeeping Troops to Timor Leste. In response to the changed global security environment following the attacks of September 11 and working closely with the Home Front agencies, LG (NS) Lim led the SAF efforts to put in place plans and measures to counter the threats of catastrophic terrorism. In the same period, LG (NS) Lim also spearheaded the growth and development of the SAF as a technologically advanced integrated force ready and capable of a spectrum of operations. In addition, LG (NS) Lim also contributed to defence diplomacy by hosting the inaugural Pacific Armies Chiefs Conference and the first Chiefs of Defence Conference to be held outside the US.

He graduated with a Bachelor of Arts (Honours) degree in Mathematics in 1983 and received a Master of Arts degree in 1988 from Cambridge University. He attended the Camberley Staff College in 1988 and graduated with the Best Overseas Student Award. He received a Masters in Business Administration degree (with distinction) from Cornell University in 1993. He attended the Advanced Management Programme at Harvard Business School in 2003.

In recognition of his significant contributions to the SAF, LG (NS) Lim was awarded the Public Administration Medal, Gold (Military) in 1999 and the Meritorious Service Medal (Military) in 2003. For his outstanding services, he was recognised by the USA with the award of the Legion of Merit (Degree of Commander) in 1999 and again in 2001; the Knight Grand Cross of the Most Exalted Order of the White Elephant (Thailand) in 2001; and the Bintang Yudha Dharma Utama (Indonesia) – The Grand Meritorious Military Order – 1st Class in 2001.