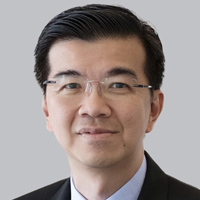 Mr Lo Kien Foh, born in 1964, joined Philips Car Systems as an Electronic Engineer after graduating with a Bachelor Engineering from the Nanyang Technological Institute in 1988. He marked his early career in the R&D arena, working on schematic circuit, ranging from analogue & power circuitry to digital signal analysis. At the same time, he expanded his scope to perform PCB layout; starting with single and later multilayer design. He was also working closely with the automotive OEM customers in Australia, transforming their requirements to product realization by performing in-depth joint field tests with the customers. As a passionate engineer, he moved on to obtain his Master of Engineering in 1994.

Kien Foh took over the leadership to head the Electronic, Mechanical and Software teams in 1998, and the complete Product Development group which included product validation in 2000. He led the team in Singapore to design and develop infotainment and multimedia products for the aftermarket and automotive OEM customers worldwide.

He progressed to become the Director of R&D in 2004, followed by the Vice President of R&D in 2006 where he led both the teams in Singapore and China, to design and develop all interior electronic systems in the vehicle for the worldwide aftermarket and OEM customers.

In 2007, his portfolio further expanded where he was responsible for the operation of the company as a COO, overseeing the complete life cycle of all programs, projects, quality, processes, purchasing, human resources and finance & controlling. To broaden his knowledge, he successfully obtained a Master of Finance in 2010.

He took over the Singapore office and became the Managing Director of Continental Automotive Singapore in 2010, where he also served as a director of the Board.

Additionally, in his 30 over years of tenure with the company, he has experienced various company mergers and acquisitions. He was instrumental in the company’s integration and structural change during the mergers.

Kien Foh sits in the advisory board of SIT (Singapore Institute of Technology) and TUM CREATE (Technical University of Munich). He is also a member of CARTS (Committee on Autonomous Road Transport in Singapore) spearheaded by the Singapore Ministry of Transport.

Kien Foh was appointed as the Country Head of Continental Singapore on 1st January 2019.