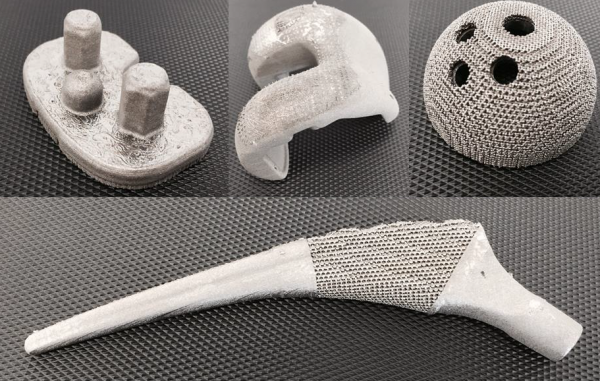 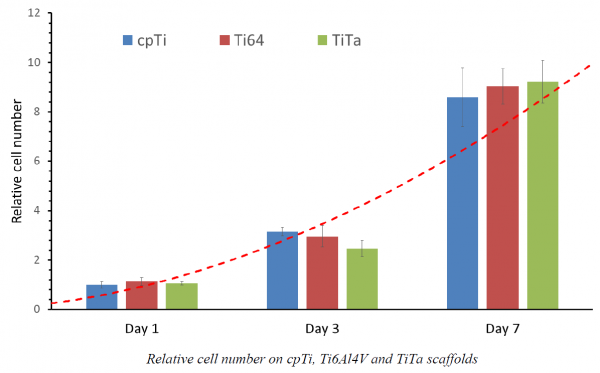 Titanium alloys such as Ti6Al4V and Ti6Al7Nb are widely used alloys in biomedical applications due to their combination of biocompatibility and mechanical properties. However, there has been growing concerns about the long term harmful effects of vanadium and aluminium ions from the implants on the human body.
Titanium-Tantalum (TiTa) has been suggested as a potential substitute for biomedical applications due to its better biocompatibility, as well as a higher strength to modulus ratio which lowers the “stress shielding” effects common with orthopaedic implants. However, TiTa is still not widely used due to the difficulties in obtaining this alloy as a result of the huge differences in the melting points and density of two elements.
In this particular invention, Selective Laser Melting (SLM), is used to successfully produce the TiTa alloy in-situ, through the complete melting and fusion of component powders while simultaneously fabricating the parts. The use of the additive manufacturing technique allows the fabrication of customized and complex 3D parts of high relative density. As a powder bed fusion technology, SLM has the potential in expanding the materials library by formation of alloys that were previously difficult to achieve from metal powder mixtures that can be customised according to the application requirements.

The technology comprises of the following:

The technology may be used to fabricate products for a variety of applications, but not limited to:
Dental and orthopaedic implants (e.g. knee, hip and spinal implants)
Other applications requiring biocompatible and bioactive material (e.g. surgical devices, prostheses, pacemakers etc.)

Replacement of materials such as Ti6Al4V and CoCrMo due to its better biocompatibility, lower modulus and relatively high strength

It is estimated that 70%–80% of biomedical implants are made from metallic materials, which are remarkably important for the reconstruction of failed hard tissue. The global demand on biomedical metals reached US$15 billion in 2013 and is poised to grow at a CAGR of around 7.8% over the next decade to reach approximately $34 billion by 2025, of which more than 21% is estimated to be made up of Ti alloys. There are growing concerns of the long term use of aluminium and vanadium in bioimplants due to their adverse health effects.