If all one knew about top academics was derived from Sir Ken Robinson’s TED talk about Education, one would imagine that a Nobel Prize recipient, arguably one who stands at the top of the academic ladder, would be the most straight-laced, tight-lipped individual known to man. But Professor Barry Marshall overturned all expectations on that front.

Instead of diving into his landmark research on H. Pylori, Prof Marshall started off by giving tips on giving lectures, by suggesting that we should always start with something that people don’t know anything about.

Prof Marshall’s first story was about his own academic journey, and the twists and turns he took to get to where stands today. He got his university education at a time which predated the scientific calculator, and revolutions in the field of computer engineering at the time drew his interest. While working at a hospital, he studied Electrical Engineering at night school, and ended up building his own computer, at a time when his hospital had just three computers.

Having access to computing power gave him the ability to perform large clinical trials, at a time when preparing data tables and graphs was an incredibly tedious process. Having access to computers and technology helped his career, to the point that his first priority when entering a new work environment was to push for them to obtain a computer, even if he had to build it himself. As he put it, Medicine revolves around the manipulation of data, and being able to do so with a computer gave him an edge over his peers.

As for the secret to his success, in his own words, “Science favours the prepared mind”. 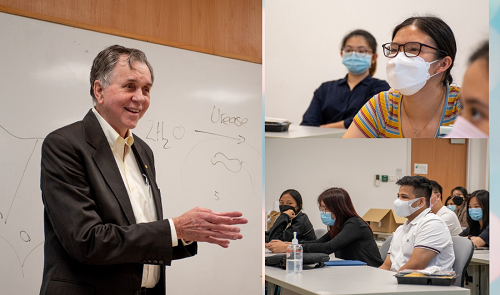 Prof Marshall recalled the legends of other Nobel Prize winners, whose keynote research was earned through living by those words. Among these was Alexander Fleming, who had left behind some bacterial plates, which had become contaminated by Penicillin spores from a neighbouring lab. With his expertise in lysozymes, he was able to identify the inhibition zones being formed, and the significance of his findings.

In Prof Marshall’s case, Dr Warren discovered some strange bacteria in stomach biopsy samples, which was believed to be impossible at the time, as nothing should be able to survive in the low-pH environment.

At the time, the primary method for discovering novel bacteria was the API test, which uses a suite of biochemical tests to identify their enzymatic activity. The positive Urease test result gave him an idea of how H. Pylori was able to survive in the acidic environment, by decomposing Urea to form a bubble of Carbonate and Ammonia around itself, significantly reducing the pH to survivable levels.

To demonstrate this, he demonstrated that H. Pylori was only able to survive in acidic environments when Urea was present, drawing the causal link necessary to validate his hypothesis. With this finding, he was able to develop a diagnostic test, which used this ammonia-producing behaviour as a method of identifying the bacteria, that he developed into his own start-up.

After going through the serious business of telling the story behind his Nobel Prize, Prof Marshall loosened the room up with some more casual topics. He joked about how he struggled to get his landmark paper through peer review, as, being the first person to discover stomach bacteria, there were no peers capable of performing the review.

Before leaving the room, Prof Marshall took one last question from the audience: If you could do it all over again, what would you change?

“I’d stay in the basic sciences as a Microbiologist. Clinical work takes too long.”

The interactive session was attended by around 40 scholars from various NTU scholars programmes. 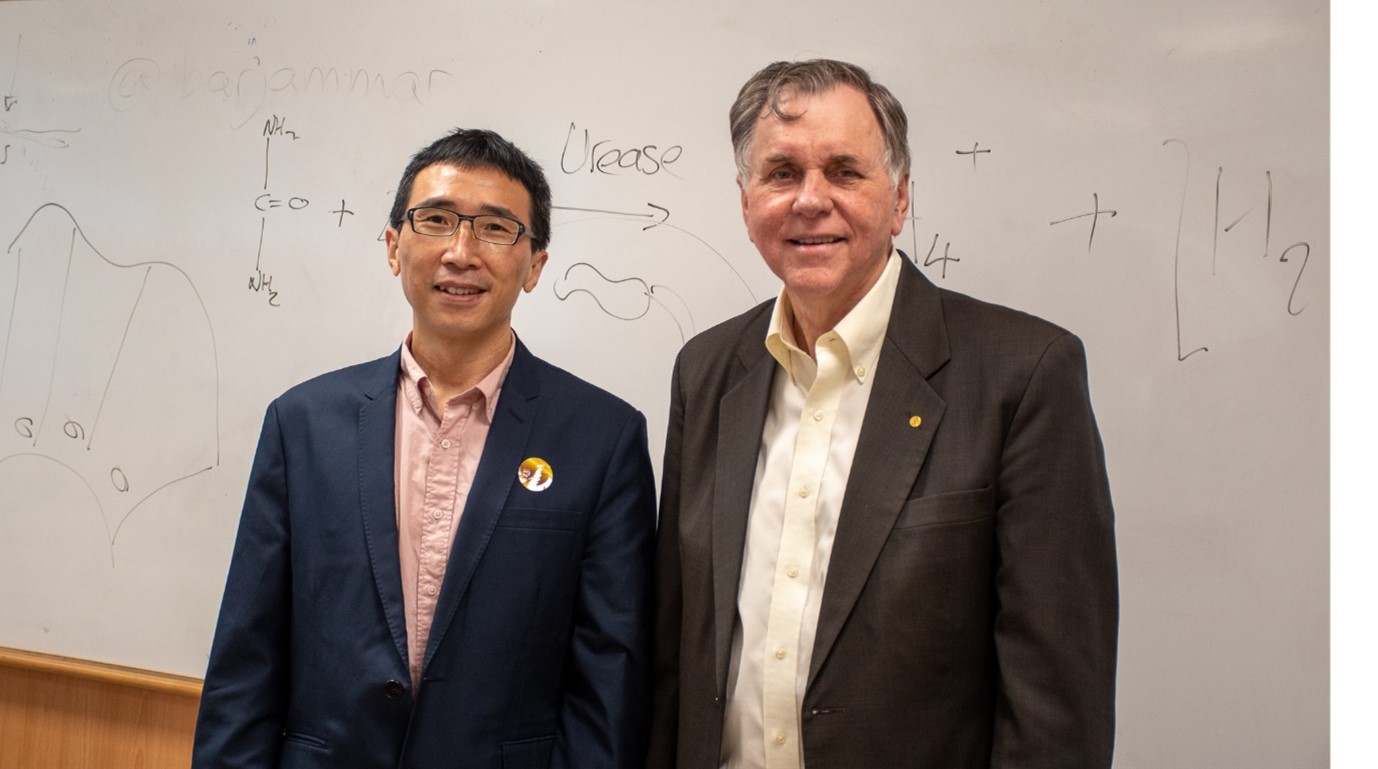