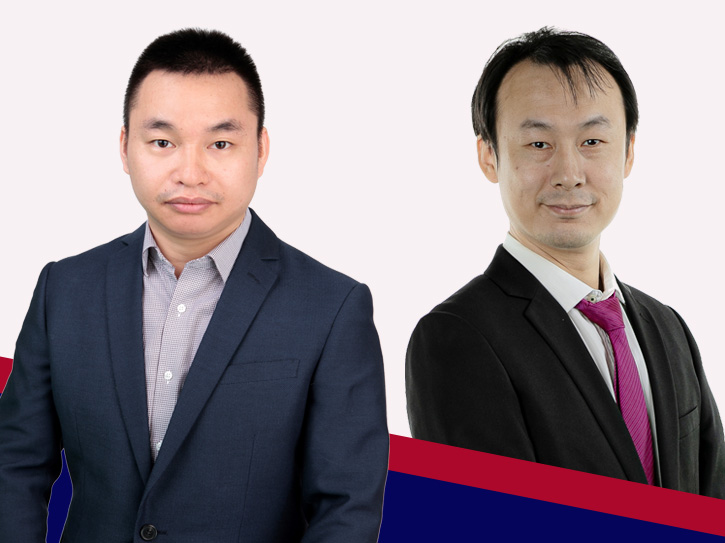 The Young Researcher Award is an annual award recognizing outstanding research accomplishments among SPMS faculty members aged 40 years and below.
Assistant Professor Guo Jian has been working on finding weaknesses in cryptographic systems, including the most widely-used cryptography algorithms in the world, for over 15 years. His outstanding work on the cryptanalysis of the AES algorithm has previously been featured on the NTU College of Science blog (Finding the Keys to the Kingdom, March 3, 2021).
Nanyang Assistant Professor Wang Xiao Renshaw’s research focuses on quantum functionalities and their electronic applications. His group’s development of functional interfaces based on heterogeneous integration holds promise for future high-performance electronic devices.
The School warmly congratulates the award winners.