We are delighted to share the media coverages on the 3D-printed cube artwork by Assistant Professor Matteo Seita, in collaboration with local designer Ms Lakshmi Mohanbabu. This joint project was supported by NAMIC and the stainless steel cube was printed at the Singapore Centre for 3D Printing.
An intricately designed 3D-printed cube, which represents the melding of art and science, is one of the Singapore’s contributions to an exhibit that mankind will be sending to the Moon.
The cube, named Structure & Reflectance, is among a hundred artworks selected by the Moon Gallery Foundation, as the first permanent extraterrestrial art gallery, which is set to land on the Moon by 2025.
The 3D-printed cube was a collaboration between local architect and designer Lakshmi Mohanbabu and Asst Prof Matteo Seita from NTU’s School of Mechanical and Aerospace Engineering and the School of Materials Science and Engineering.
“To create the 3D-printed cube, figuring out a way to convey Ms Lakshmi’s ideas of duality and complexity in humans and nature using materials was the key challenge,” said Asst Prof Seita. Creating the small, intricate cube also showed the potential applications of 3D printing technology. "We're now able to create objects with both complex geometry and complex structure, which would be impossible to make with any other manufacturing process," said Asst Prof Seita.

This project was supported by NAMIC, which linked up Ms Lakshmi with various scientists from different organisations to help her fabricate her designs. 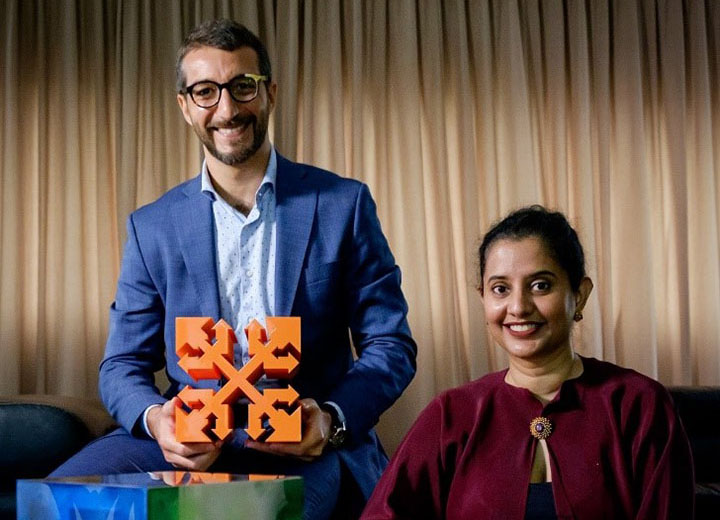 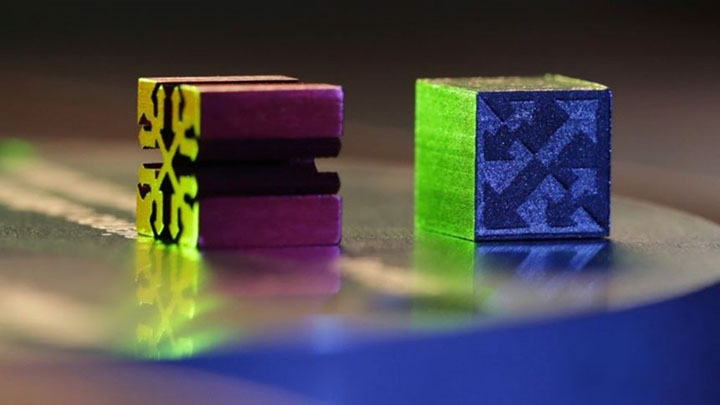 The Cube of Interaction (left) and the Structure & Reflectance cube (right). Source: The Straits Time

MSE In The News: Using Local Plants to Remove Toxic Metals From Soil

MSE In The News: Recyclable Pollen-based Paper for Repeated Printing and 'Unprinting'