Nanyang Business School (NBS), Nanyang Technological University (NTU) Singapore alumnus Reginald Pryor Sumalong, who holds a Bachelor of Accountancy, believes wholeheartedly that pursuing your dream may not be easy but it is certainly worth it in the end. Although working in the financial sector kept him busy, Reginald, or Reggie as he is known among friends, still wanted to chase his dream of becoming a jazz singer. 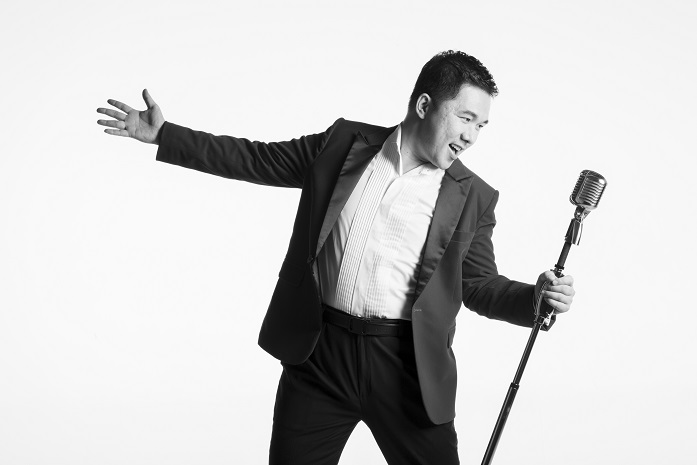 Having honed his skills as a real estate specialist over the past decade, Reggie is now the Chief Investment Officer (CIO) of Sunray Woodcraft Construction, a Singapore-based interior fit-out company with diverse projects such as hotels, offices, retail stores, and museums.

After graduating from NBS, Reggie joined Singapore’s sovereign wealth fund GIC in its Associate Programme, where he received rigorous training in equity, fixed income, currency, commodities, and alternative assets. He then found his niche in the real estate sector.

“I was exposed to opportunities in acquisitions, divestments, and in the day-to-day operations of different types of large-scale portfolios of buildings globally. I travelled extensively and interacted with industry experts for business development. Through my networks, I made many friends and one of them was Charles Tan, an executive director at Sunray Woodcraft Construction,” he said.

Sunray eventually offered Reggie a role in the company to establish the Group’s real estate investment and to help develop the technology division. Reggie took up the offer and has not looked back since. 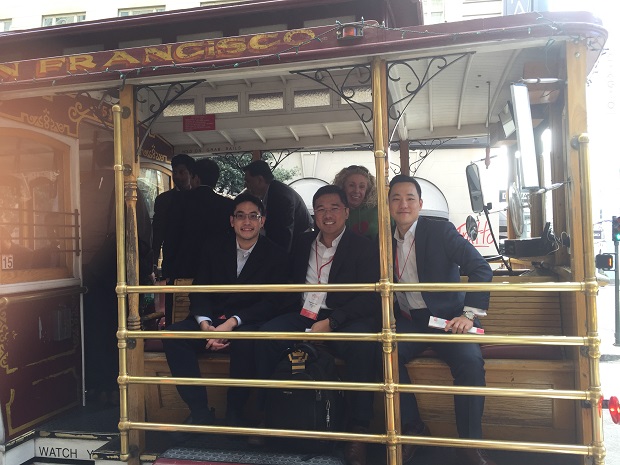 Reggie with a colleague and counterparties during GIC-EDB's 2018 Bridge Forum
in San Francisco.

Building on the Right Foundation

With a good degree in accountancy, Reggie gradually expanded his knowledge into investment and asset management.

“I believe accountancy provides a solid foundation to understand any sector and to grasp the complexities of the investment world. Even for sectors like technology, it all comes down to the numbers in the financial statements eventually,” he added. As an investment manager, he has always relied on the knowledge gained at NBS to sift the good investments from the bad ones.

Over the years and in sync with his career trajectory, Reggie began to appreciate the interdisciplinary perspectives he gained at NBS. While his specialisation was in accountancy and business law, he took subjects from other schools within NTU. “One of the greatest values of my NBS education is that it offers courses across multiple disciplines. I enrolled in Western Art History classes from Art, Design & Media School and Appreciation of Western Classical Music from NIE (National Institute of Education). The subjects helped shape my appreciation for fine arts which comes in handy as ice-breakers during business conversations”, he explained.

“It is deceptive to learn without thinking, but it is perilous to think without learning,” he said, quoting Confucius. He believes that education gives one the foundation and trains one to think and analyse. “NBS gave me a good grounding in business analysis, which helps me analyse and solve problems easily.

A successful career wasn’t enough for Reggie. He had another passion – his love for music and has enjoyed singing since he was two years old. His turning point came later at 15 when he auditioned for The Sound of Music musical in high school and was selected for the part of Friedrich von Trapp, one of the main cast members.

“That was a milestone in my singing journey where for the first time I felt that fellow musicians and the audience accepted me as a singer. It encouraged me to pursue a career in singing.” He joined the Raffles Chorale & Raffles Concert Singers, participating in choral competitions in Italy, Finland, and the Czech Republic, winning various awards along the way.

“After I built up my confidence, I decided to go solo and began singing at corporate and wedding events in various countries.”

One thing led to another and finally in 2017, Reggie turned professional and teamed up with saxophonist Daniel Chia. His debut jazz album Love Anthology, launched in October 2020, has received excellent reviews for his soothing renditions of well-loved standards in dulcet baritone voice. The collection of 12 jazz tracks is dedicated to mark his personal and professional triumph for having conquered both the financial and musical industries. “A journey of a thousand miles starts with the first step. It is for us to take the courage and leap of faith to do so,” he said. Life as a part-time jazz musician, however, isn’t always smooth sailing. He faced many challenges. To begin with, jazz is not a mainstream music genre, especially in Asia. “That’s why jazz musicians have to work even harder,” he said.

The challenge was compounded by the demands on his already tight work schedule. “A lot of time needs to be invested in writing songs, doing the pre-recording preparations, arranging music, and post-recording work. In addition, I have work deadlines to meet. The pursuit of my dream in recording a music album in my spare time was a challenge, albeit a pleasurable one,” he added.

Fully committed to all that he signed up for and determined not to drop the ball for anyone, Reggie recalls the gruelling poured put into his work and his recordings. “The onus is on me to give my best even if it means working late nights on weekends to catch up with deadlines.”

What’s his advice for students with unconventional – and sometimes seemingly impossible to achieve – passions? "Find three hobbies you love: One to make you money, one to keep you in shape, and one for you to be creative with. Unfortunately, we often get too fixated with the first that it doesn’t cross our mind to develop the other two. Work alone should not define us,” he said.

For Reggie, life is about priorities. “Just like the well-known analogy of filling up a jar with large stones and sand – it comes down to prioritising the important tasks and maximising the use of your time. If the jar is first filled with the large stones, which represent the priorities, there will always be enough room for the sand and not the other way around,” he added.

Business Implications of the Russia-Ukraine Crisis