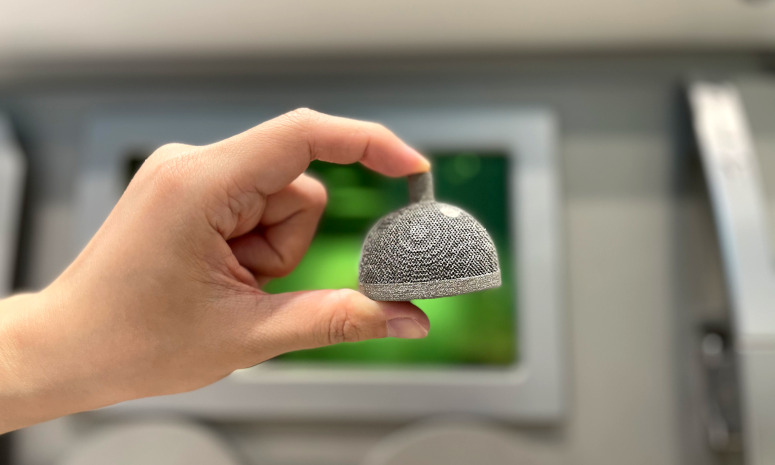 Researchers from the Singapore Centre for 3D Printing have successfully designed and printed customised orthopaedic implants made from titanium-tantalum (Ti-Ta).

Ti-Ta was chosen as it allows lower stiffness in the implants while maintaining their strengths. Laser Powder Bed Fusion (L-PBF) or commonly known as Selective Laser Melting (SLM), was used to create Ti-Ta alloys via the in-situ alloying approach which allow for rapid customisation of the composition of the alloys while keeping the advantages of 3D printing such as mass customisation. In addition, L-PBF also allow single step alloying of titanium with tantalum while manufacturing functional parts which is previously not possible due to the huge difference in density and melting point of titanium and tantalum.

Led by Associate Professor Yeong Wai Yee, the in-situ alloying of Ti-Ta has been patented and has led to several collaborations within Singapore and overseas. Dr Sing Swee Leong explains that additive manufacturing (AM) allows for patient specific implants to be produced, which can significantly reduce surgical time needed in the hospital. The implants produced by AM also has potential to have better performance compared to conventional implants due to the better fit and material properties that are unique to AM.

The team has also developed 3D printed anatomical models that could be used as educational tools for medical students.