We are pleased to share that 9 MSE faculty members have been listed in Clarivate’s "Highly Cited Researchers 2022" list for their significant research impact in the last decade.
The 9 faculty members are part of the 41 researchers from NTU with significant and broad influence in their fields of research.
This is the fifth year running that NTU has the largest number of influential scientists amongst Singapore institutions recognised in the list.
Clarivate’s "Highly Cited Researchers" list recognises researchers whose citation records place them in the top 1% based on the number of citations for their fields and year in the Web of ScienceTM citation index over the last decade.
A deeper qualitative analysis has been used to identify the 2022’s list.
Clarivate has partnered with Retraction Watch and extended the qualitative analysis of the Highly Cited Researcher list, addressing increasing concerns over potential misconduct (e.g. plagiarism, image manipulation, fake peer review, etc.).
With the assistance of Retraction Watch and its unparalleled database of retractions, Clarivate analysts searched for evidence of misconduct in all publications of the preliminary list of Highly Cited Researchers. 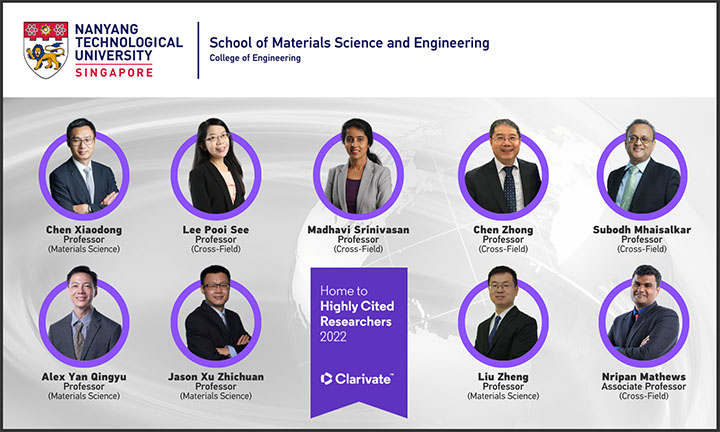 Winners of the Nanyang Awards 2021