Cold drawing is a mature and widely adopted technique in the large scale industrial manufacturing of polymeric fibers such as polyester and nylon. Recently, this technology has been applied to composite structures to fabricate microstructures, such as to fibers with a core-shell structure to fabricate micro-rods and to thin films deposited on a substrate to fabricate micro-ribbons. Currently, no theory exists for this important manufacturing process, which is hindering its further extension to nanostructures, e.g., nanorods and nanoribbons, which, if successful, will enable many important applications in nanotechnologies.

Recently, an interdisciplinary research team, led by Prof. Huajian Gao of NTU School of Mechanical and Aerospace Engineering (MAE), established the first theory of controlled fragmentation by cold drawing, thereby consolidating the foundation for such an important large scale micro-/nanostructure fabrication technique. Their combined theoretical, numerical and experimental results revealed the underlying mechanism. In the cold drawing of a core-cladding or a thin film on substrate structure, the shell and substrate are polymeric materials prone to necking at a critical strain, while the core and film are target materials that undergo controlled fragmentation as the necked region propagates through the composite structure. The theory revealed that a tensile stress peak in the target material, induced by the neck formation and propagation in the composite structure, is at the heart of this technology and that the feature size of the fabricated micro-/nanostructure is primarily governed by the interfacial strength and geometrical dimension of the target material. 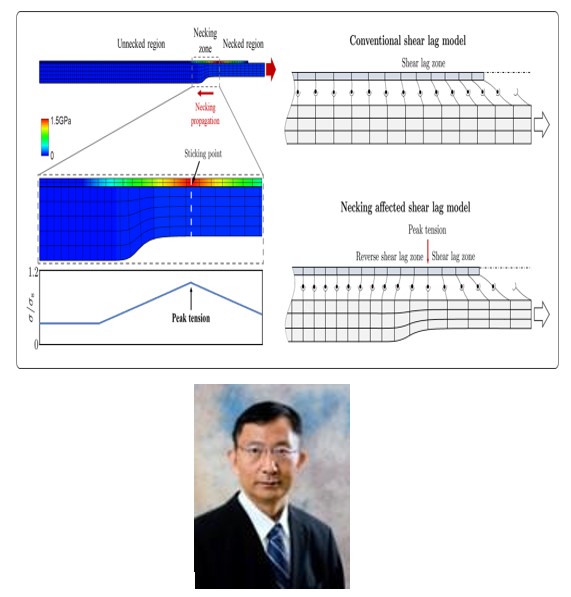 Sniffing out effectiveness of masks

MAE faculty members in top 2% researchers in the world

Making the next generation of materials