CLCI is the world's first research center on cultural intelligence (defined as the capability to function effectively across cultures). It is founded and headed by Professor Soon Ang, who pioneered the science of cultural intelligence. Since its inception in 2003, scientists at CLCI have won 38 awards in research, teaching, and academic leadership. 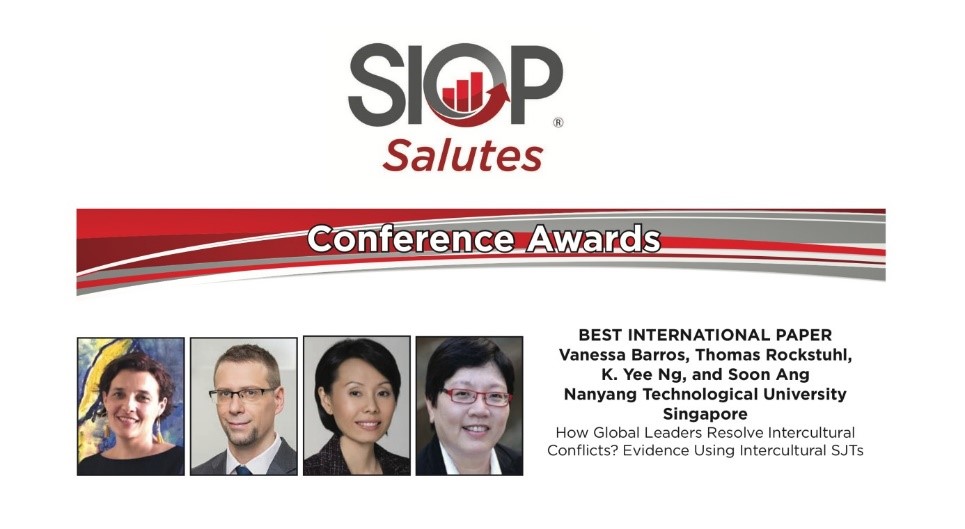 The award-winning study examines how global leaders resolve intercultural conflict using intercultural situation judgment tests (SJTs). The iSJTs present test-takers with intercultural conflict scenarios and assess the effectiveness of their responses. Dr. Barros shared the impetus of the research, "Surprisingly, much of our received wisdom on conflict resolution is based on experimental research with naïve students in the lab."

Dr. Barros and her colleagues tested C-suite and senior leaders from more than 40 countries using the iSJT. They presented the leaders with the conflict scenarios and conducted verbal protocol analyses on how they would resolve the conflicts. In addition, they collected peers' assessments of the leaders' reputational effectiveness in conflict management.

Winning the Best International Paper Award was not the only good news for Dr. Barros. The award also coincided with the recent publication of her book "Don't Mess with My Professionalism!" (by Penguin Random House). Her book offers evidence-based strategies for managing intercultural conflicts and is endorsed by 2015 Nobel Peace Prize Laureate Mrs Ouided Bouchamaoui.

Work/Life: Man v woman, or is it woman v woman?