More than 13 million people worldwide are dependent on the tea industry. It is a thriving industry which has experienced many problems, including gender-based violence, inequality, and child trafficking.

Says Jenny: “Sometimes, people working in tea are what is classed as ‘modern-day slaves’, they’re not paid a living wage, live in appalling conditions, and don’t have regular access to food. So the social impact is huge. The environmental impact of tea production is not fully understood but where tea grows, we’re seeing extreme droughts, severe rainfall, pest infestations, and soil degradation.” 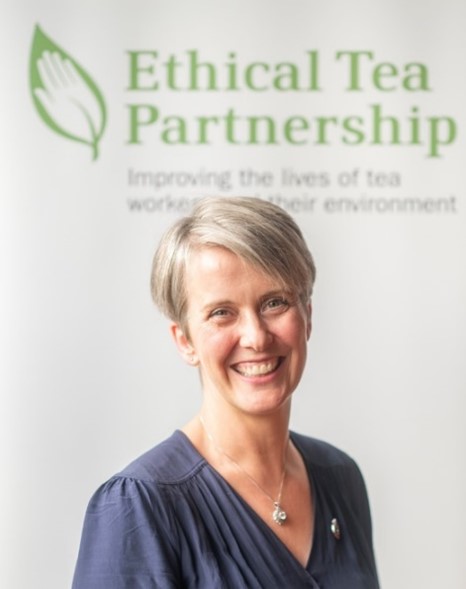 Jenny leads operations and strategy at the Ethical Tea Partnership, including overseeing the delivery of programmes, business pilots, and policy work in seven tea-producing origins in Africa and Asia

One day, when Jenny was still a precocious teenager living in Northern Ireland, she chanced upon a feature in The Independent, a British newspaper, and was alarmed. Splashed across the page, the article showed statistics on the number of trees in the Amazon rainforest that would have been destroyed and lost forever within the time that she had taken to read the page.

“I took that page and showed it to everyone. The thought of it was just awful and it lit a fire in me to do something about things like this,” recounted Jenny.

That initial spark took a backseat, however, as she began carving out a career in the oil and gas industry after graduating from university with a degree in physics. ‘’It was an exciting industry that came with the glitter of cutting-edge technology, but it wasn’t a career aligned with my values and concerns regarding environmental sustainability,’’ she said.

After a decade of trying to reconcile her values with the industry, she quit the energy sector and began taking on various roles with sustainability-focused organisations.

‘’I found myself increasingly working in agriculture because the impact agriculture has on the environment is huge. There’s also the future of food and the issue of food insecurity. We can’t live without food, and if you can’t make agriculture sustainable, then what are we going to do?’’ she asked.

She later assumed the position of Director for Country Partnerships for Grow Asia, a World Economic Forum platform working with ASEAN countries and smallholder farmers, helping them access markets and sustainable farming techniques.

Wanting to learn more about corporate sustainability eventually led Jenny to take up the Nanyang MBA programme in 2009. Because the MBA offered many optional sustainability-related modules, Jenny quickly learnt how she could leverage the interests of various business stakeholders to include sustainability goals.

“Business is the power that will deliver sustainable development. If businesses aren’t sustainable, it will be difficult for the rest of us to be so. I wanted to speak to businesses in ‘business language’ when talking about their role in social responsibility and environmental sustainability. That’s what the Nanyang MBA did for me – it gave me the business language,” she said. Jenny calls ETP’s project on low carbon tea production in Kenya, one of the largest tea-producing countries in the world, the “mother of all partnerships” (Photo: Ethical Tea Partnership/Arete)

Getting Support from Governments

Furthermore, she’s encouraged that corporations and governments are increasingly aware of the importance of working together for solutions to sustainable development.

“I hope to deliver impact through ETP, to encourage companies to collaborate on solutions. Organisations cannot achieve sustainable development alone. It’s a journey, not a destination, and it’s not just for one company but for a whole system,” Jenny added.

Managing Frustrations and Dreaming Ahead

Nonetheless, Jenny can feel frustrated by the lack of urgency from corporations to change deep-rooted behaviours.

Said Jenny: “What would be radical in the tea sector would be for governments, businesses, and civil society to collaborate in a trusting and transparent way. But sometimes this radical partnership feels a long way off.”

The Chinese, German, and Kenyan governments are also partnering with ETP to work on low carbon tea production in Kenya. “Kenya is one of the largest tea-producing countries in the world, so if we can achieve a carbon-neutral tea industry in Kenya, we will be able to achieve it anywhere and this will be hugely significant,’’ she said. 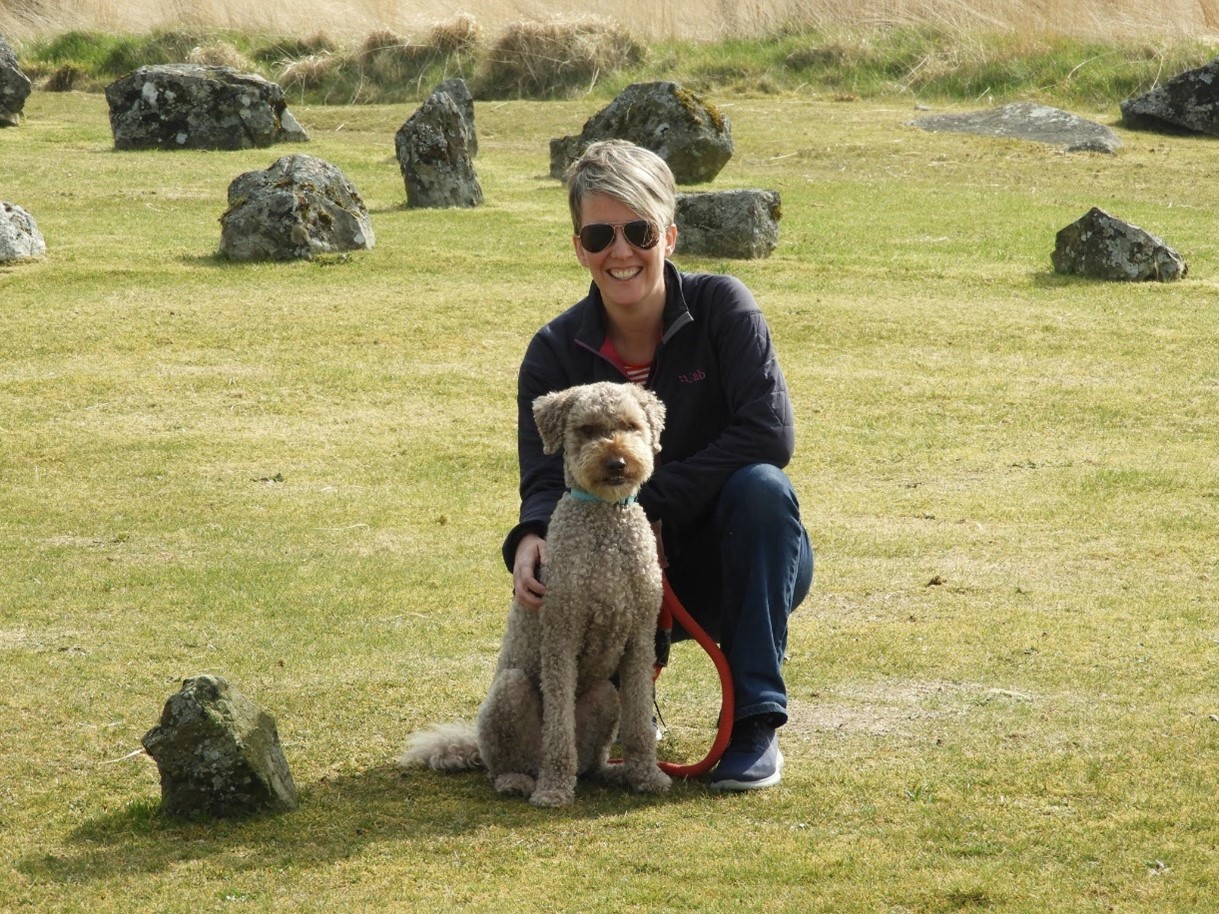 Jenny with her dog, (Buckley), in her home country of Northern Ireland

In her free time, Jenny enjoys walks in the countryside of west England where she lives with her husband, and dog (Buckley), birdwatching in the woodlands, and accompanying her husband to discover new food experiences.

Would she have done anything differently?

“I once collaborated with a young woman who, from an early age, had a clear destination in mind and knew what she wanted out of her career. I wish that I had that level of clarity and focus when I was younger. But things are what they are, and I am good at seizing opportunities and making the best of what I have,” she concluded.

Work/Life: Man v woman, or is it woman v woman?