Renowned leadership author John Maxwell once said: “Teamwork makes the dream work, but a vision becomes a nightmare when the leader has a big dream and a bad team.” For former NTU Students’ Union (NTUSU) President Edward Lim (MAE/2020), “ Project: It’ll Be Alright” has both the big dream and a great team that make the dream work.

Edward leads a dedicated and capable team, including eight NTU alumni and six NTU undergraduates, who share his vision to support youths’ mental wellbeing. “I met most of the team members mainly through freshmen orientation programmes and the Students’ Union,” he said. “For example, Farhan, our Events Associate, was the NTUSU concert director for NTU Fest 2018. Hilda and Madeline, our co-leads for Community Engagement, were my freshmen in the Union Orientation Programme.”

“They are passionate people who would volunteer for meaningful causes. When I asked them to join me in my project, they readily agreed. The team expanded by asking our friends to join us. Some youths wrote to us to express interest to join as well.”

Mentored by Minister of State for Education and Social and Family Development Sun Xueling, Project: It’ll Be Alright, which started in March 2021, aims to take a community-based approach to support youths in need, increase awareness of mental health and fight the stigma surrounding it.

“We want to be a beacon of hope, for people to overcome their darkest moments and be able to seek help if they require. This is why we have chosen the lighthouse as our project logo,” said Edward. 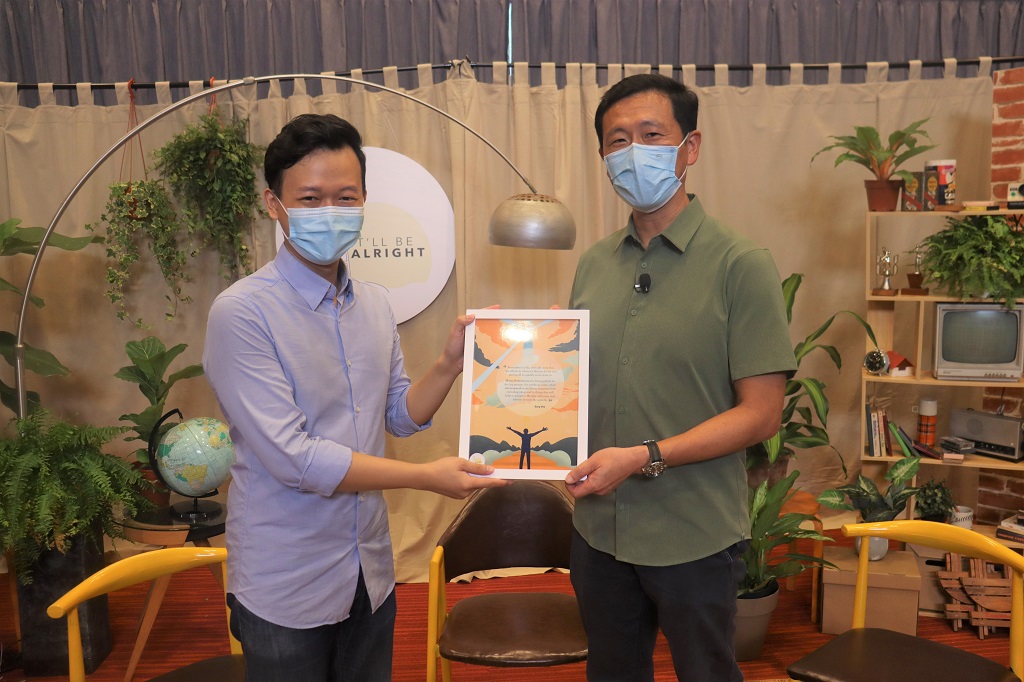 The team is currently curating a compendium of stories from youths who speak about their mental health journeys. These stories, presented as an e-book, will be launched with an art exhibition at the National Museum this December. The preview of the e-book is currently available on their website.

“We hope that the stories we collected are relatable enough to help people cope with their mental health struggles,” said Edward. “My friend, Andy Chan, is a contributor to the e-book, and he spoke about how he coped with his mother’s cancer. I hope his story can be a source of strength to those who are going through the same.”

Moving forward, the team plans to become trained peer helpers who can provide a listening ear and emotional support, which equips them with the necessary skills to provide help to peers in times of need. The team has also partnered with the Young Women’s Leadership Connection (YWLC) to conduct wellbeing workshops and mentoring sessions for female youths. “Apart from campaigning for greater awareness of mental health issues, we have to be action-oriented and thus more proactive towards supporting the youth community in their mental wellbeing needs,” said Edward.

On top of his teammates and their mentor Ms Sun, Edward proudly attributes the success of Project: It’ll Be Alright to his NTU experience and is grateful for his friends who nudged him in the right direction. “For example, Choon Chye, my former NTUSU Vice President and senior in MAE, pushed me to look beyond myself and keep the interests of the community in my heart,” he said.

As an encouragement to those who hope to make an impact in society someday, Edward said: “Do not be afraid to pursue causes that benefit the community and have your voice heard. If anyone is keen to join us, feel free to drop us an email at hello@itllbealright.sg.”