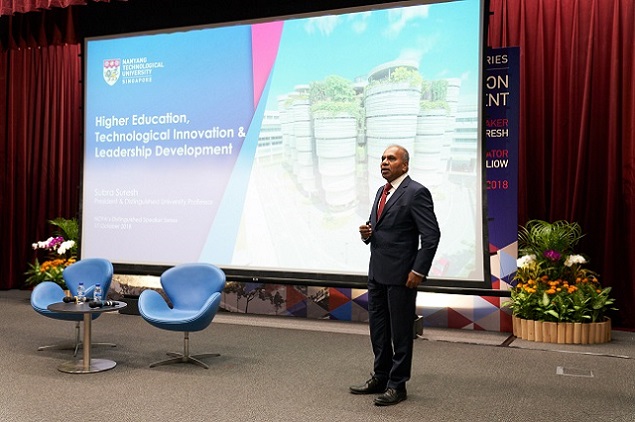 Nanyang Centre for Public Administration's Distinguished Speaker Series lecture by NTU President Professor Subra Suresh entitled "Higher Education, Technological Innovation and Leadership Development", was held on 17th October, at HSS Auditorium of School of Humanities and Social Sciences. Dean of College of Humanities, Arts, and Social Sciences Professor Joseph Liow was the moderator for the session.
NTU President Professor Subra Suresh is an eminent American scientist, engineer and entrepreneur with decades of distinguished and impactful leadership in academia, industry and government. He was appointed President of NTU in July 2017 and began his tenure on 1st January 2018. Before NTU, he was the President of Carnegie Mellon University from 2013 to 2017, and Dean of the School of Engineering from 2007 to 2010 at the Massachusetts Institute of Technology, where he was a faculty member for two decades. He was appointed by then United States President Barack Obama in 2010 to lead the US National Science Foundation, where he served as its Director till 2013. 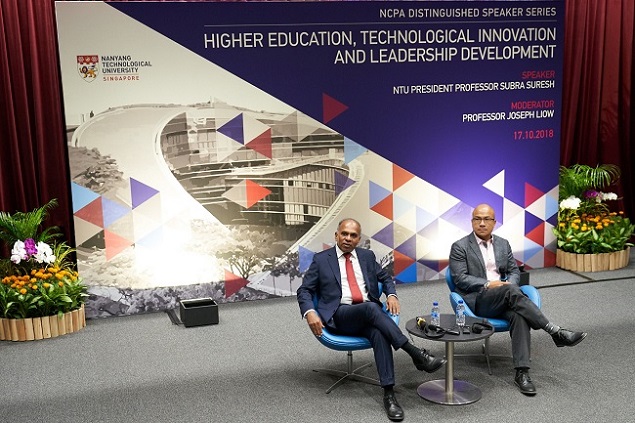 Prof Suresh has a deep understanding of higher education and research systems in Singapore, North America, Europe, India and China, having actively engaged with various public and private agencies, boards and individual researchers across these regions, to advance research, education and innovation. His research in materials science and engineering, mechanics and biomedicine has also helped to shape disciplines and technologies at the intersections of engineering, science and medicine. 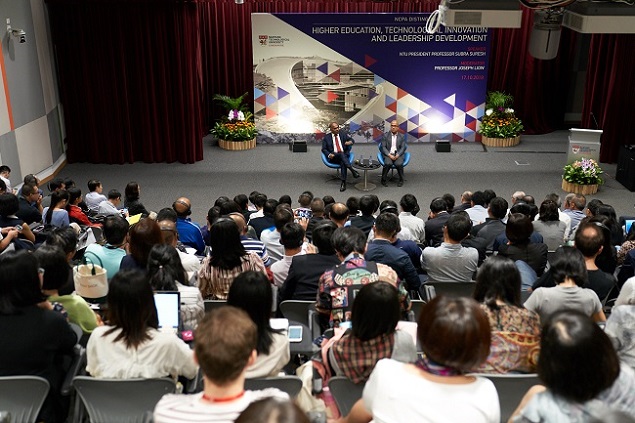 It was an insightful sharing, as Prof Suresh spoke on the global R&D expenditures and the indication of the figures, governance and leadership in the technological age, as well as the trending topics of the fourth Industrial Revolution and how it will lead to convergence of the physical, digital & biological worlds.
Responses for the lecture were overwhelming, within hours of opening of the registration, all slots were fully taken up by professors, students and staff of NTU. The approximately 300 participants included distinguished guests like the Ukraine Ambassador His Excellency Dmytro Senik, Lien Ying Chow Legacy Fellowship's China and Singapore fellows, NCPA Mayors' Class students, and students from English Master of Public Administration and Master of Arts in Contemporary China. We also had executive development programme participants consisting of middle/senior administrators from top-tier universities in China, and also senior government officials from the Lao Youth Union. 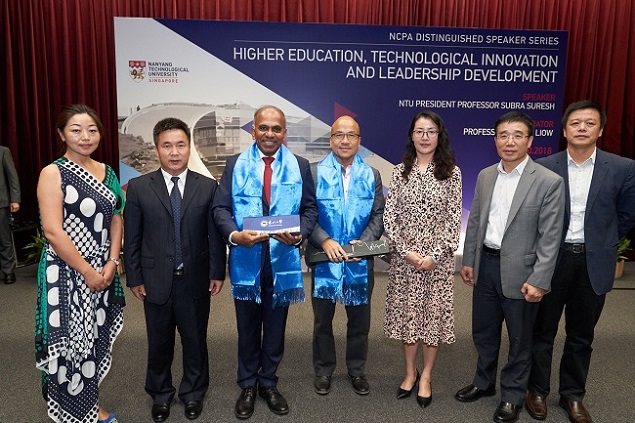 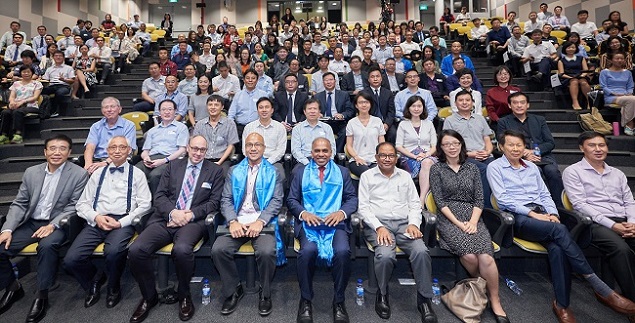 The Nanyang Centre for Public Administration (NCPA) Distinguished Speaker Series was launched in 2017 to celebrate NCPA's 25th Anniversary, with topics of the lectures relating to globalisation, public administration and governance. It features distinguished leaders in both public and private sectors who are internationally prominent in their respective fields.
The previous two distinguished speakers were Professor Justin Yifu Lin and Ms Janice Lachance. Prof Lin is former Chief Economist and Senior Vice President of the World Bank and presently Dean of Institute of South-South Cooperation and Development at Peking University. Ms Lachance is the President of the American Society for Public Administration and a former Director of the U.S. Office of Personnel Management (OPM) who was appointed by President Bill Clinton and provided policy and program leadership for 1.8 million federal employees.