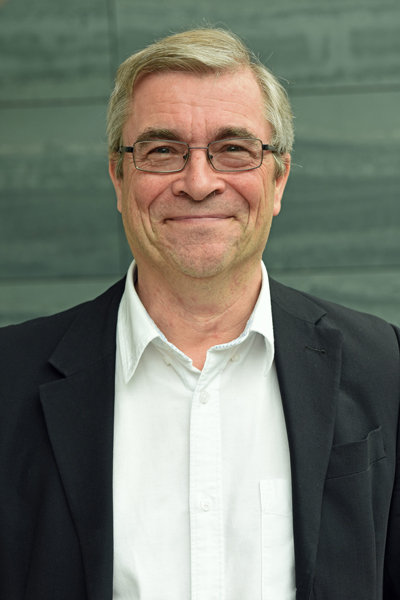 Introduction
Professor Richard Reynold's research laboratory at Imperial College focuses on the pathogenetic mechanisms underlying grey matter pathology in multiple sclerosis, in particular the link between inflammation and neurodegeneration via cytokine signaling. His laboratories house the UK MS and PD Tissue Bank that represents a worldwide resource for MS and PD research. His lab employ novel animal models of cortical pathology employing the chronic expression of cytokines and chemokines in the meningeal space alongside a detailed molecular analysis of the human tissues. This has led to the identification of alterations in TNF signaling pathways as a possible driver of progressive disease. His lab has demonstrated that chronic TNF and IFN-gamma expression in the meninges can give rise to progressive neuronal loss and demyelination, similar to that seen in MS. In addition, his research laboratory at LKC School of Medicine in Singapore is focusing on inflammatory signaling the AD and PD brain, by transferring knowledge gained from MS into the major neurodegenerative disorders.

The Multiple Sclerosis research group at Imperial College is studying the cellular and molecular events that lead to these pathological changes, in particular the failure of remyelination and the progressive neurodegeneration, using a combination of human post-mortem tissues, experimental models and cell culture systems. Axonal damage and neuronal loss is now thought to be an early feature of MS pathology (Anderson et al, 2009; Kim et al, 2010) and evidence suggests that its accumulation may be the pathological correlate for the progression of disability. Recent evidence suggests a major role for neuronal loss in the cortical grey matter in MS (Magliozzi et al, 2007; Papadopoulos et al, 2009; Magliozzi et al, 2010; Nicholas et al, 2016). Our current work uses human tissues and novel experimental models of MS to investigate the mechanisms responsible for this neuronal loss. We have demonstrated the involvement of ectopic meningeal lymphoid structures in cortical pathology in MS, in particular in sub-pial demyelination and neurodegeneration. The presence of these structures and associated pathology is associated with a more rapid and aggressive disease course (Magliozzi et al, 2007; Magliozzi et al, 2010; Howell et al, 2011; Choi et al, 2012; Magliozzi et al, 2019). Our current studies are investigating the molecular nature of the mediators responsible for this pathology (Gardner et al, 2013; Calabrese et al, 2015; Watkins et al 2016; Farina et al, 2017; Magliozzi et al, 2018), particularly using lentiviral delivery of cytokine genes into the meningeal space to produce a chronic inflammatory state (James et al, 2020; Picon et al, 2021).

The role of neuroinflammation in neurodegeneration

Our recent studies have indicated that there is an interplay between innate and adaptive immunity, originating in the meningeal space, that can then regulate the level of microglial activation and neuronal damage in the underlying brain tissue (Magliozzi et al, 2010; Calabrese et al, 2015). Based on our findings in MS we have begun to extend these studies to other chronic neurodegenerative and neuropsychiatric conditions, using a gene expression profiling approach (Schmitt et al, 2011; 2012; Durrenberger et al, 2012a; 2012b; 2015). Of particular interest are the effects of chronic neuroinflammation on the structure and function of the nodes of Ranvier (Howell et al, 2006; Scheiermann et al, 2007; Zhang et al, 2015). Microglial activation is associated with a lengthening of the paranodes on the axon in both MS and PD and maybe responsible for some of the fatigue related symptoms (Howell et al, 2010). We have developed a computational model to understand the effects of these changes on action potential conduction and a slice culture system to study the molecular mediators involved (Gallego et al, 2020). My laboratory at LKC Medicine, Singapore, is focusing on inflammatory pathways in the brain in Alzheimer’s and Parkinson’s diseases, in particular TNF stimulated neurodegeneration via the necroptotic pathway. Our recent results have determined that neuronal cell death in Alzheimer’s is occurring via necroptosis rather than apoptosis and that TNF/TNFR1 signaling is highly upregulated in the entorhinal cortex.

Our studies on post-mortem brains have led us to become involved in numerous collaborative studies investigating novel imaging modalities for MS and validating PET ligands for use in neuroinflammation studies (Owen et al, 2010a; 2010b; 2011; Kalk et al, 2013). The use of post-mortem tissues in validating MR imaging techniques is becoming increasingly important for developing improved imaging protocols and to understand the neuropathological substrates of changes on MR scans (Politis et al, 2012; Giannetti et al, 2014; 2015). Our more recent work, involving an ongoing very productive relationship with the University of Verona, is converting correlative studies on post-mortem and 3D DIR imaging at 3T with the development of new prognostic markers for the development of disability in MS (Calabrese et al, 2015; 2016; Farina, 2017; Castellaro et al, 2017; Magliozzi et al, 2018; 2020).

We set up the UK MS Tissue Bank at the beginning of 1998 to provide a reliable source of post-mortem MS CNS material for researchers around the UK and the world. We have developed extensive protocols for collection, dissection and storage of brain, spinal cord and CSF, to ensure that the tissue is of maximum use for a wide variety of experimental techniques (Durrenberger et al, 2010; 2012). This has proven to be extremely successful and we are now supplying tissue for research projects throughout the world. All tissue collected by the bank is obtained via a prospective donor scheme and we now run the largest scheme in Europe. In addition to research into optimizing the efficiency of our tissue banking, we are carrying out a number of studies looking at the best ways to characterise the variety of pathologies within MS tissue using combinations of histology, immunohistochemistry and molecular studies. In 2004 we also incorporated the UK PD Brain Bank into our operation and this is now the largest live collection of PD brains in the world, with an annual retrieval rate of 120 brains and a total of 1,100 in the bank. In 2018 I pioneered the setting up of Brain Bank Singapore, which was finally launched in November 2019 and is operating a prospective donor scheme collecting brains from all neurological and psychiatric disorders. This has allowed us to build up an extensive knowledge of the use of human brain tissues for new generation technologies in multiple disorders.