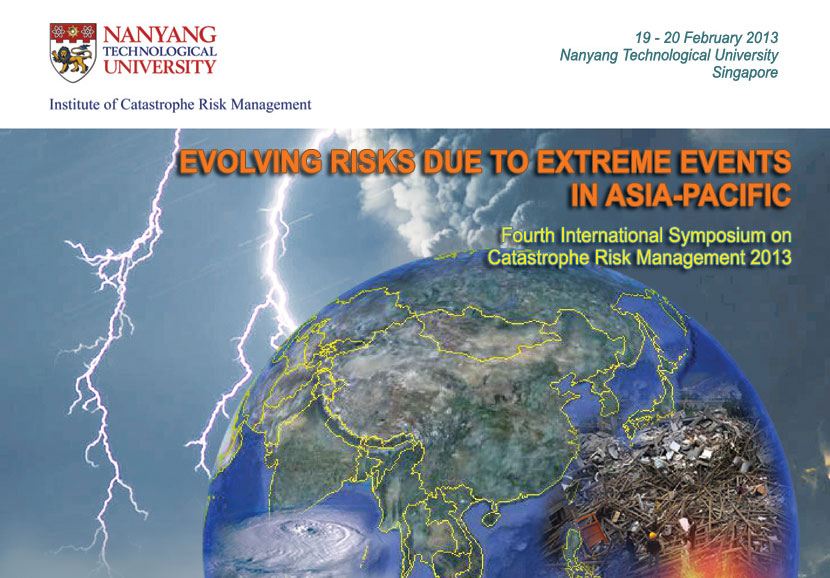 Growth of Asia-Pacific over the past two to three decades has resulted in massive improvement in the lives of people and an impressive growth of the middle class. However, this has also created an exponential growth of infrastructure and assets at risk. Over the past five years, we have seen major catastrophes that have resulted in many deaths as well as economic losses.

The Great Eastern Japan Earthquake (also called Tohoku Earthquake), the unanticipated major losses due to the two Christchurch Earthquakes and the most recent Thai floods have clearly shown the vulnerability of major urban centers in Asia. What other “surprises” await the societies in various countries in Asia and to the insurance/reinsurance companies? What have we learned from those recent events? With Asia being a major agriculture region of the world, what impact can we expect in food security due to climate change? These and many other important issues such as the design of portfolios, secondary losses, contingent liabilities, business interruptions due to catastrophe losses and such secondary impacts are not that well understood for Asian risks.

The past three ICRM Symposia highlighted the following issues:

The 2013 Symposium will emphasize on the evolving risks due to extreme events in the Asia Pacific region and whether societies, governments, insurance/reinsurance and financial industries are prepared for such events. It will have the following sub-themes:

It is the aim of the Fourth Symposium to raise awareness and understanding of these issues and to exchange ideas and strategies for better management of associated risks.