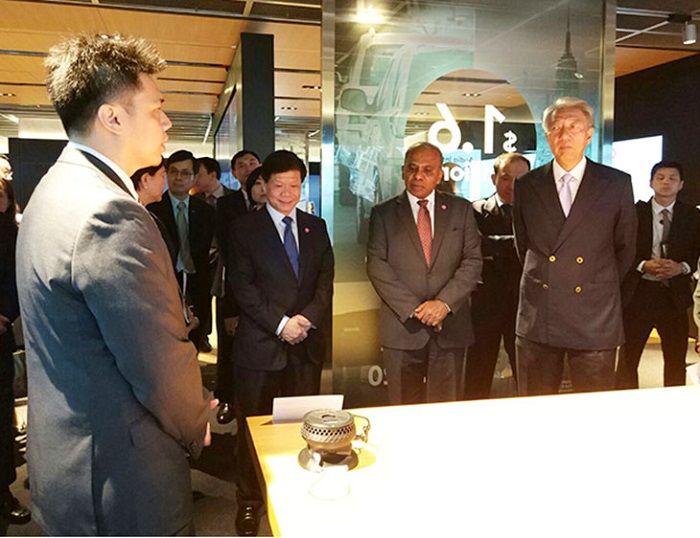 The number of noise complaints in Singapore has been growing in recent years, requiring government agencies to devote more and more resources to investigating them. Such complaints, however, are not easy to resolve, because noise is subjective and transient; the aggravating sounds may stop before the authorities arrive at the site.

To help the agencies in their work, scientists at the EEE have created an Internet-of-Things system that combines intelligent edge analytics and sound sensors. This means that the sensors are installed with an analytic computer program so that they can not only detect noises but also identify them.
“Since the data is analysed at the sensor itself, there is no need to record or transmit the raw sound samples. This will alleviate privacy concerns and also lead to substantial savings in time, maintenance and infrastructure cost and manual labour,” said Professor Gan Woon Seng from the EEE, who is the project’s principal investigator.
“Not only that, since the sensor can classify the noises, it can also alert only the relevant government agencies, freeing up precious resources and speeding up the process of resolving the complaint,” added Prof Gan, who is also the ex-director of the EEE’s Centre for Infocomm Technology INFINITUS (currently known as CISS), which focuses on information and communication engineering.
Users of the system first have to collect noise data and samples and use those to train the computer program. It will then use machine learning and deep learning to recognise or infer the different types of noises detected by the sensor. The EEE researchers are now collecting outdoor noises to train their program and test it in the laboratory before taking it outfield.
“Other cities across the world have been experimenting with similar systems. In New York City, for example, an ongoing project aims to classify noise pollution through the use of a cyber-physical system, to broaden citizen participation in noise reporting and mitigation, and to empower government agencies to take effective, information-driven mitigation measures.