President of NTU Professor Subra Suresh opened the forum with an engaging speech on how the University creates opportunities through programmes and partnerships that help women optimise their full potential, empowering them to become future leaders.

The hybrid forum was attended by 250 participants including NTU alumni, students, faculty, staff, and corporate partners.

Not a Binary Choice

Ms Indranee spoke about how these circumstances inevitably force women to make a difficult choice between family and career.

"They are often put in a situation where they have to make a binary choice... when you force them to do that, they will choose family because that’s what they see  as a very important thing.”

"That assumption needs to change. And to be fair, it has been changing. We do see many more fathers, many more men stepping up to help with the family. But there's a lot more that can be done. "

Growing up, Ms Indranee witnessed her mother juggle work and family. "My mom was an amazing role model, she worked and looked after the family so it never ever occurred to me that I couldn't do both, because that's what I saw my mother do."

Having a Growth Mindset

It is not just for girls but also for boys to understand their shared and equal roles in society from a young age. "The concept of gender equality should be taught from young, and girls should not be told to limit themselves.”

"Girls should grow up with a broad world-view, learning about the world, being able to fulfil their best potential."

She added that it is a wonderful thing for girls to grow up, get married and bear children, but there is so much more to being a woman. Women need to have the growth mindset to take flight, and those in teaching and mentoring roles play an instrumental role in helping to nurture that.

On the topic of role-modelling, Prof Soh, who was moderating the session, shared that NBS's distinguished women alumni in leadership positions are returning to serve as mentors for current students. By nurturing and supporting women leaders who serve as role models, NTU is a strong advocate of women's leadership and empowerment. 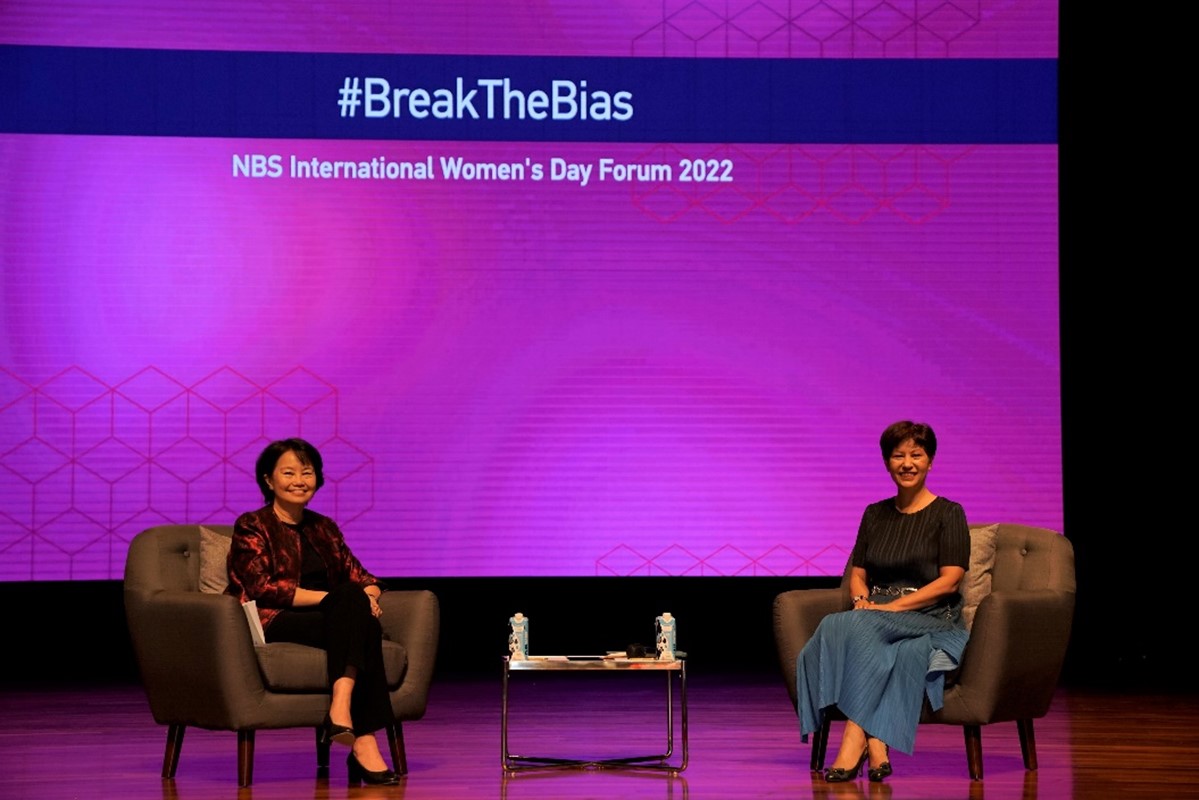 At workplaces, employers should hire female employees based on their individual abilities and not gender, urged Ms Indranee.

"Give women a chance and try them out. And some of them will really fly, which is great, and some may not. And for those who don't work out, don't take that as evidence that women can't do the job. You should take that as evidence that a particular individual is not suited for that role, just as there will be guys who are not suited for particular roles.”

Many women excel and now hold leadership positions in various fields in both the private and public sectors. Nevertheless, Ms Indranee added: "There is more to be done. We still haven't reached the numbers we would like and it’s not exactly equal yet." 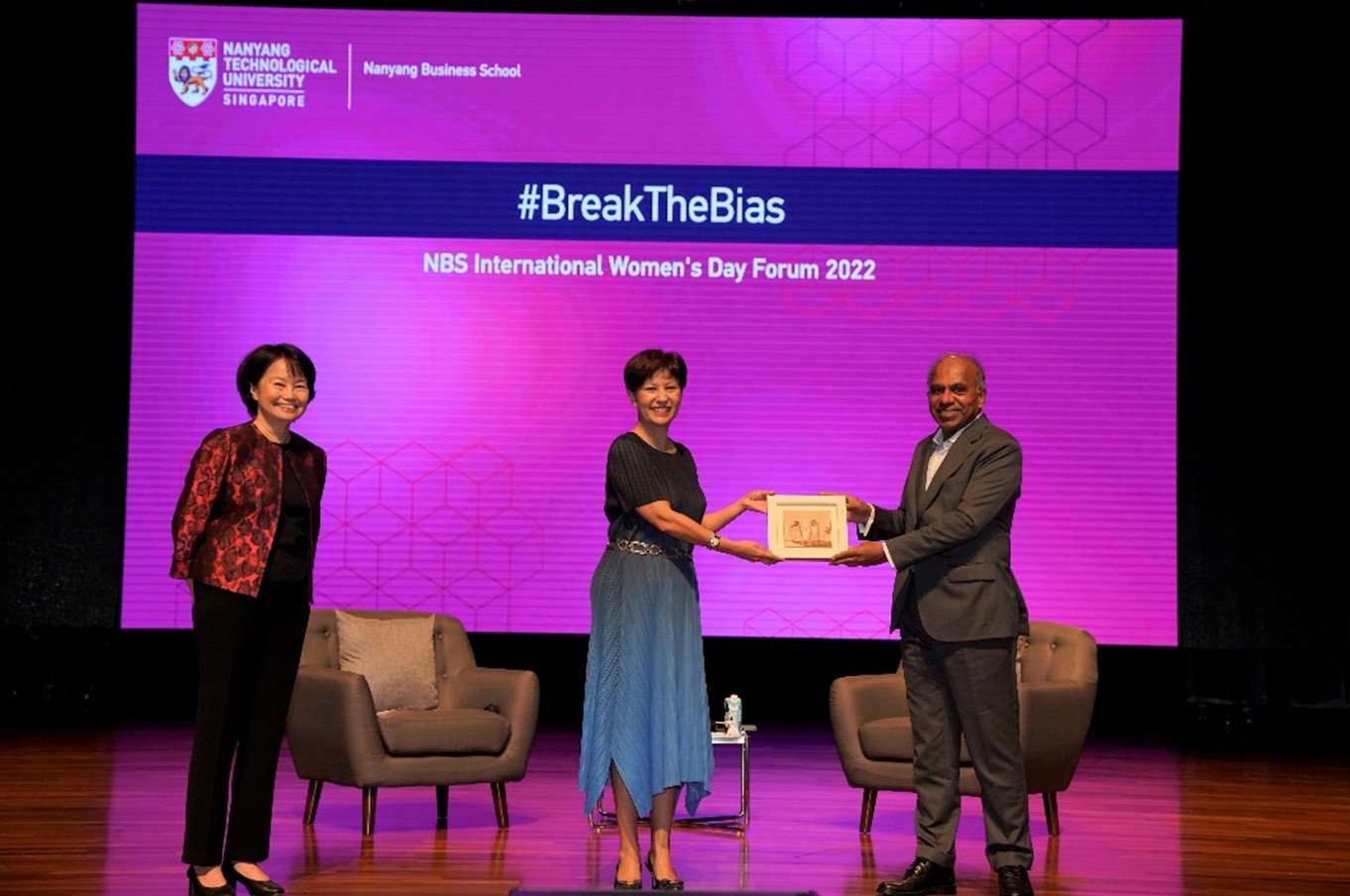 Women continue to be underrepresented in fields such as Science, Technology, Engineering and Mathematics (STEM), with less than half of all female degree students studying STEM in Singapore, and even fewer going on to join the STEM workforce.

Addressing the trend, Ms Indranee said that "there should not be an assumption that women are any less proficient in STEM fields than boys and the results do bear that out."

She suggested starting conversations to ask women why they find STEM studies and careers less attractive. At the same time, there is a need to examine practices and policies which hinder women from participating in the STEM sector.

"If the nature of the job is such that the hours may be long or there is a lot of travel involved, we have to make the workplace much more supportive of employees, especially women who have families."

Ms Indranee shared with the participants that t to make STEM attractive to women, we could review areas like the work environment, nature of the job, and how STEM subjects are taught.

Falling in Love with Sustainable Energy