We are delighted to share the research achievement of Professor Jason Xu Zhichuan and team, which has been featured in various media.
Professor Jason Xu and team have found a way to prevent internal short-circuits, the main cause of fires in lithium (Li)-ion batteries.
Billions of Li-ion batteries are produced annually for use in mobile phones, laptops, personal mobile devices, and the huge battery packs of electric vehicles and aircraft. This global battery demand is set to grow, with electric vehicles alone requiring up to 2,700 GWh worth of Li-ion batteries a year by 2030, equivalent to some 225 billion mobile phone batteries. Even with an estimated failure rate of less than one-in-a-million, in 2020 there were 26 power-assisted bicycle (PAB) fires and 42 cases of personal mobility device fires in Singapore.
In most Li-ion battery fires, the cause is due to a build-up of lithium deposits known as dendrites (tiny wire-like tendrils) that cross the separator between the positive (cathode) and negative (anode) electrodes of the battery when it is being charged, causing a short-circuit leading to an uncontrolled chemical fire.
To prevent such battery fires, Professor Jason Xu and his research team invented a patent-pending "anti-short layer" that can be easily added inside a Li-ion battery, preventing any future short-circuits from occurring during the charging process. This concept is akin to adding a slice of cheese to a hamburger’s meat patty in between the buns, thus the new "anti-short layer" can be rapidly adopted in current battery manufacturing.

Professor Jason Xu explained: "We know that for a Li-ion battery to work, Li-ions must be able to travel between the positive and negative sides during charge and discharge cycles. However, the transfer of the Li-ions also means the formation of dendrites is inevitable for current commercial Li-ion batteries. Instead of preventing the formation of dendrites, we decided to make use of their intrinsic properties by coating an additional layer of conductive material on the separator for these dendrites to connect with. Once the dendrites make the connection it will not be able to continue their growth further, thus preventing them from ever reaching the other side." 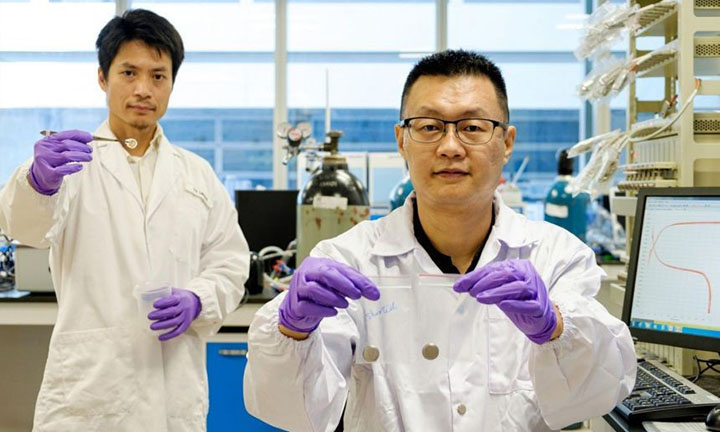 This technology is now patent-pending and is being commercialised by NTUitive, NTU’s innovation and enterprise company. The NTU innovation has also gained the interest of several battery technology firms.

Our heartiest congratulations to Prof Xu and team on the excellent achievement!