After his first day as a newly enrolled PhD student at LKCMedicine, Dr Arun Kumar Kaliya Perumal knew that he and his fellow PhD students would be well taken care of.

“The one thing that I felt on the first day was that there is a lot of people to look after us and I can approach anyone if I bump into any issues,” said the 33-year-old trained spine surgeon who joined the LKCMedicine by Research PhD programme in January this year.
Little did he realise that the assurance that he and his fellow PhD students will be looked after would turn out to be so important. Less than four months into their programme, all labs had to shut and everyone was sent to work from home. Adjusting to this new style of living has been tough and stressful at times.
“At the end of every day, I used to ask myself how productive was my day? Before because a lot of stuff was going on, I could always convince myself that I was productive. Now it is more difficult to find an answer to that question,” said Dr Arun.
However, the regular solidarity updates from the School and the university – as well as the NTU President’s donation towards a university-wide support fund – have given him confidence.
“I’m confident that the School will take care of us, and that we are in safe hands,” said Dr Arun, not regretting his decision to leave surgery one jot.
Pursuing a basic science PhD had been at the back of his mind ever since completing a clinical fellowship in Taiwan in 2017. There, Dr Arun, who is from India, was inspired by colleagues and mentors all of whom had PhDs in various biomedical science fields.
“I’m happiest doing research that links science to the clinic,” he said.
The idea to pursue a PhD rose to the fore of Dr Arun’s mind during a one-year clinical fellowship with the Spine Service at Tan Tock Seng Hospital (TTSH) in 2018-2019. Keen to make use of his orthopaedic knowledge, Dr Arun started to search for a PhD programme that would allow him to combine this knowledge with basic research. 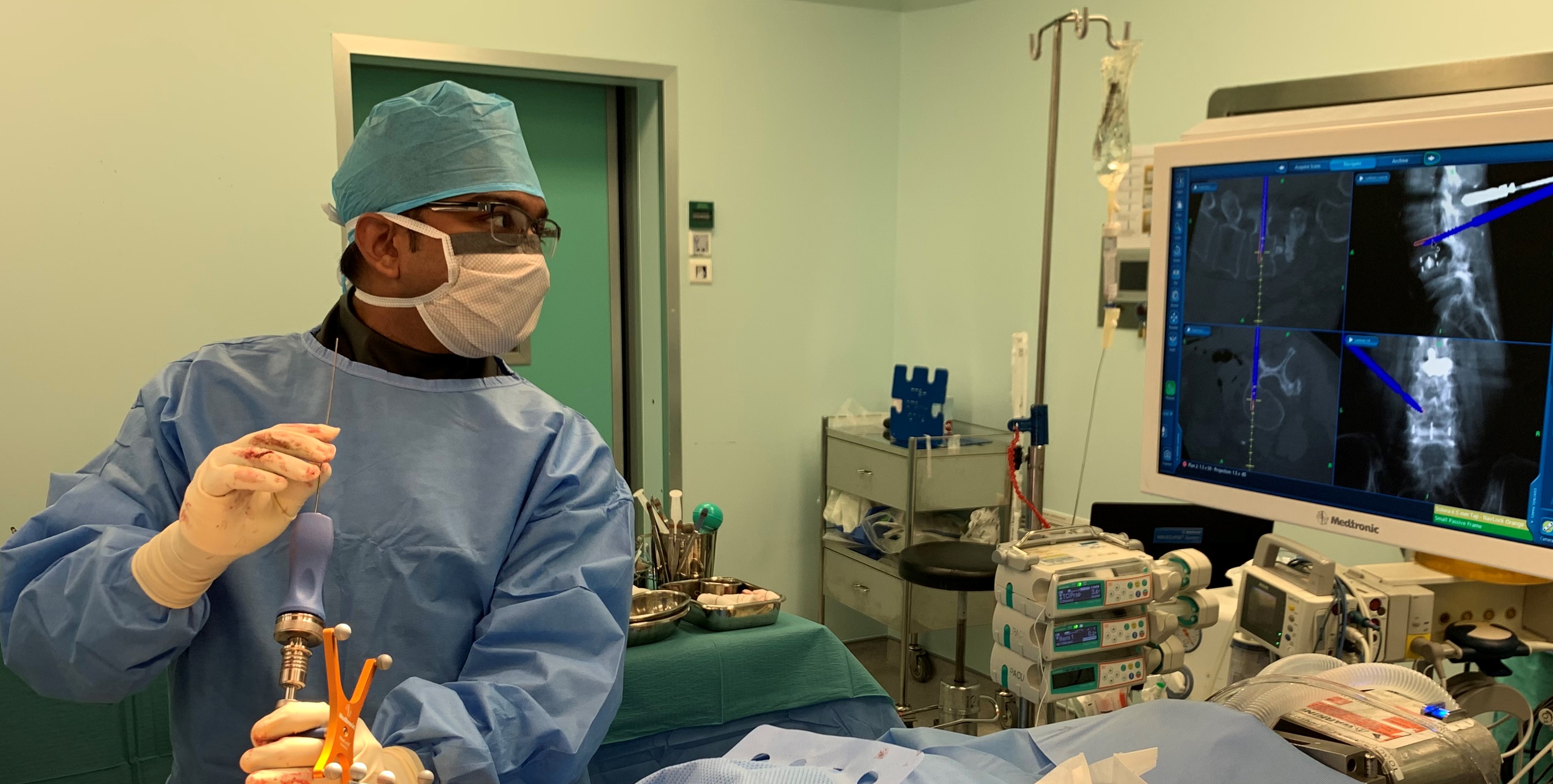 But he was having trouble finding the right programme. Even the LKCMedicine PhD by Research programme seemed, at first, to lead to a dead end as no suitable projects were advertised. So he focused on pursuing clinical research projects, completing more than 20 projects from proposal to publication.
Said Dr Arun’s clinical supervisor and head of the service, Associate Professor Jacob Oh, “Arun is one of the best fellows I’ve worked with. He has a unique ability and passion for data analysis and thinking out of the box.”
When A/Prof Oh asked him to work with one of their house officers to conduct a radiological anatomical study of the lower spine, Dr Arun’s PhD search got an unexpected boost.
While working through the data of 500 MRIs of the lower spine, Dr Arun told House Officer Dr Julia Ng about his dead-end search.
“She just said, ‘I can message the Dean [of LKCMedicine],’” recalled Dr Arun, his sense of happy disbelief and good fortune still audible.
Looking back at that moment, Dr Ng who is an LKCMedicine alumnus reflected that being part of the inaugural cohort of LKCMedicine students, a group that had much interaction with the School’s senior leadership throughout their years at medical school, gave her the confidence to make that offer.
“I felt I knew the Dean well enough that he would respond to my email,” said Dr Ng, who is motivated to help by Dr Arun’s enthusiasm and energy for research.
When a week later, she’d still not heard back, Dr Ng was ready to give up hope of a response.
“But then Professor Best replied, directing me to Professor Philip Ingham, so I sent another email,” said Dr Ng.
Professor Philip Ingham FRS, who leads the School’s PhD programme, was surprised when the email pinged into his inbox.
“But [I was also] very pleased to receive a referral from one of our MBBS graduates,” said the Toh Kian Chui Distinguished Professor.
“Arun's dedication to understanding the basis of the disease that he had been treating in the clinic was plain to see and I had no hesitation in agreeing to act as his supervisor,” he added.
With a supervisor on board, Dr Arun, an optimist by nature, felt confident that his application to join LKCMedicine’s PhD programme would be successful. When he was called for an interview, he asked to attend in person even though he had returned to India a few months earlier after completing his fellowship at TTSH. Then on  November 27, 2019, he received the welcome news – he’d been accepted onto the programme.
Now back in Singapore, Dr Arun quickly settled into life as a PhD student. Along with three others, he makes up the January 2020 intake of PhD students at LKCMedicine. Despite their different backgrounds, the four bonded as they were enrolled in the same core modules.
“We are very close,” he said. “We don’t just work together on the modules, but also meet up for lunch and regular chats.” While he misses his wife, a paediatrician still working in India, he’s hoping that she will be able to join him in due course.
In the lab, he hit the ground running. The project he is working on, under the supervision of Prof Ingham and Assistant Professor of Developmental Biology Tom Carney, aims to deliver a better understanding of a condition known as ‘stone man syndrome’, or fibrodysplasia ossificans progressiva. The condition, which affects about one in two million children cannot be cured and leads to progressive loss of movement at joints, including the jaw. They may even find their breathing limited by unwanted bone growth around the rib cage.
To explore this condition, Dr Arun will have to draw on his knowledge of orthopaedics and bones and Prof Ingham’s expertise in muscle development in zebrafish.
While he worked on setting up the project, Dr Arun quickly made his mark in the Ingham lab.
“Having Arun in my group has been a dream so far - he is kind, compassionate and modest and interacts effortlessly with everyone. He has a hunger to learn and exudes an enthusiasm and aptitude for research that I have rarely encountered,” said Prof Ingham.
Just as everything was lined up for Dr Arun to begin his experiments, the lab had to close its doors due to Singapore’s circuit-breaker measures to curb the spread of Covid-19. While disappointing, Dr Arun took the news in his stride. As he waits for the lab to reopen, he busies himself with writing up manuscripts from projects conducted while still at TTSH and conducting an in-depth literature review on stone man syndrome which will form the foundation of his PhD thesis.
Always the optimist, he said “I thought instead of just reviewing the literature, it would be better to write a review paper and if I can get it published, it would be a real morale booster.”