A “missing” project assignment sparked off their long road to romance. “The semester had just started, and the lecturer was talking about a class assignment that I did not seem to have received. I saw this guy sitting in front of me reading his notes. So I asked him to share his file with me,” recalls Ms Li Yunzhi. 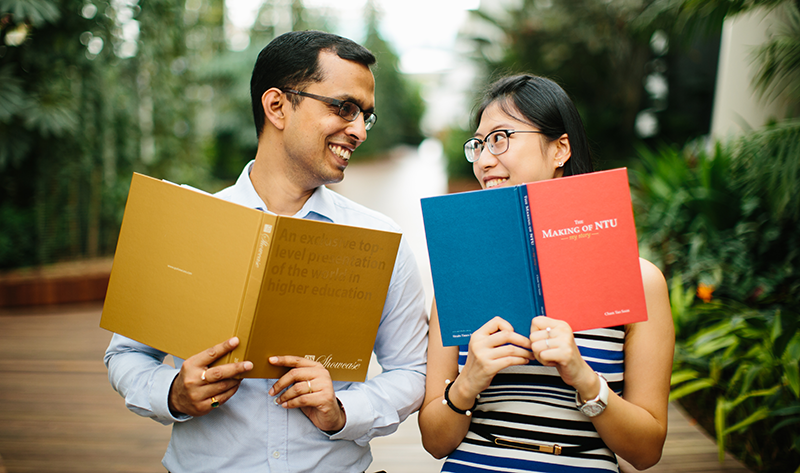 Yunzhi and Pratyush at the Sky Deck at the NTU North Spine Plaza.

She and Mr Manjul Pratyush, who were both international students – she from China, and he from India – were classmates pursuing NTU’s Master of Science in Communication Software and Networks. But the fireworks happened only after they graduated in 2011.

"The first time we went out on our own, and not as part of a group outing, was just after the first semester ended, before we left Singapore for our vacations separately. Yes, I was the one who invited him out," Yunzhi chuckles.

Wedding bells sounded four years later and they said "I do" in a ceremony at NTU in August 2015. Exchanging marriage vows at NTU was a natural thing to do, say the couple.

Since then, the couple has welcomed a new addition to their family – their son, Wade, was born in 2019. The family is now based in Melbourne where Pratyush works as an IT strategic manager in a public transport company.

Yunzhi is currently a stay-home mum looking to restart her career. 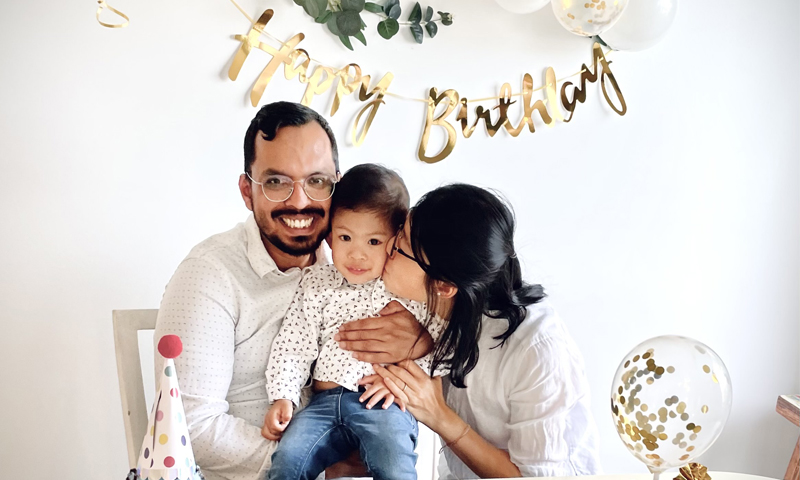 Pratyush and Yunzhi are now proud parents to two-year-old Wade.

What were your first impressions of each other?
Yunzhi: He wasn’t the talkative type, but when he spoke, his voice was deep yet kind, determined yet polite. He struck me as someone very mature and reliable.
Pratyush: She was the typical girl-next-door, attractive and intelligent. She was open to new things. I felt comfortable and relaxed when I was with her.

What did you do on your first date?
Yunzhi: We went to the Singapore Art Museum, and after that, we roamed the central business district, walking all the way from Bras Basah Road to the Merlion. We chatted a lot that day and shared our future plans.

What were your favourite places in NTU?
Yunzhi: Canteens 1, 2 and 5! I also liked to sit on the benches outside the Lee Wee Nam Library.
Pratyush: For me, it was the tennis court and running track at the sports and recreation centre, which I visited almost every day. The library was my favourite too – I would doze off while reading after my morning run or game!

Does NTU have the right conditions for love to blossom?
Yunzhi: University is the best place for young people to meet new and interesting friends, and for relationships to develop. There’s enough time and chances for you to really get to know someone and eventually fall in love with him or her!
Pratyush: NTU’s beautiful campus is full of places where you can bond over dates, so it’s fertile ground for love to grow. We know a few couples who met in NTU. Two of our classmates from the master’s programme, one from China and the other from Myanmar, also started their relationship during the course and are now married with a cute little boy!