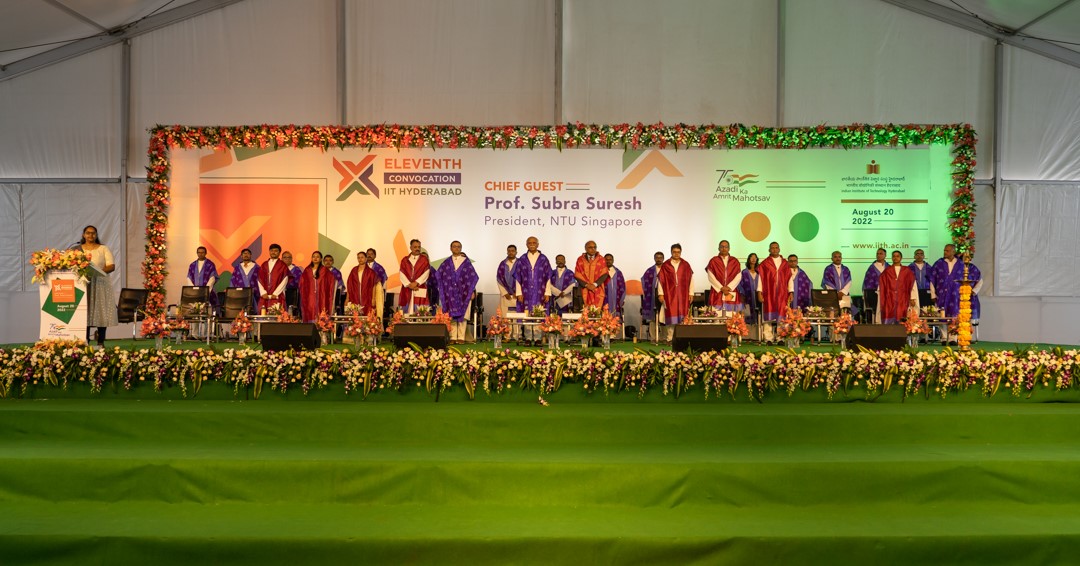 NTU President Professor Subra Suresh has been awarded the first honorary degree conferred by the Indian Institute of Technology-Hyderabad.

Professor Suresh received an Honorary Doctor of Science (honoris causa) at the university’s 11th Convocation ceremony on Saturday, 20 August, where he was the guest-of-honour.

He has also been elected to the leading scientific and engineering academies in various countries, such as China, France, Germany, India, Spain, Singapore, and Sweden. Professor Suresh was previously awarded one of India’s highest civilian award, the Padma Shri, in 2011.

Speaking at the ceremony, where he handed out degrees to 873 graduates, Professor Suresh said: “Never underestimate the power of one university, one individual, one idea, one act of courage, or one program to have a significant influence on local and global society. Contemplate, cultivate, and elevate your global and historical perspective with patience and compassion, always.”

“Combined with the strong education you have received from IIT-Hyderabad, you will have an impact not just on your local community or country but on the entire humanity. To maximise the power of one that is you, it is critical that your perspectives do not focus only on the individual but also on the collective; not just on the local community but equally on the implications of your actions on the world around you. This requires broad-mindedness, magnanimity, and convictions grounded in principles and values.”