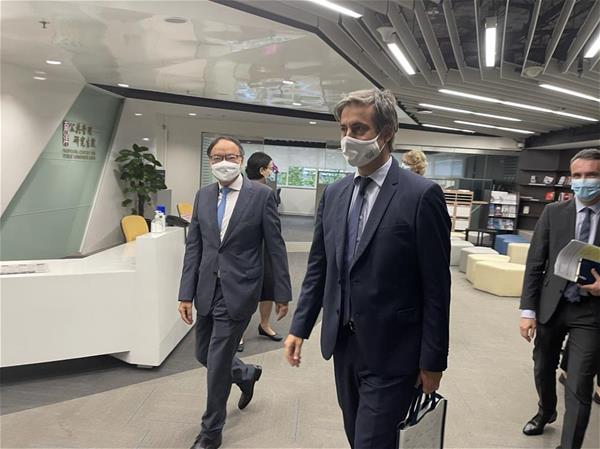 Professor Liu shared the development of NCPA since its establishment in 1992, and key milestones like the commencement of the Master of Science (Managerial Economics) programme in 1998. He added that the centre has made great progress in four aspects: Graduate programmes, Executive Development programmes, Lien Ying Chow Legacy Fellowship programmes, and research programmes.

His Excellency was particularly interested in the origin and development of NCPA, particularly the Chinese language programmes. Professor Liu explained that it originated from the former Chinese leader, Deng Xiaoping, who visited Singapore in 1978 and was impressed with its economic and social development.

Deng embarked on the Southern Tour in a campaign for faster economic liberalization for China in 1992, which was widely regarded as a critical point in the modern history of China. He was fascinated with the practical accomplishments of Singapore and urged the emulation of its practices. This fuelled the emulation craze in the early 1990s, as well as the development of Chinese Master programmes and executive development programmes. Singapore's unique language advantage and stable political environment have laid a good foundation for the development of the programmes. With the rapid development of China, the "one-way learning" model is no longer applicable, and now it has evolved into a two-way "mutual learning” approach. 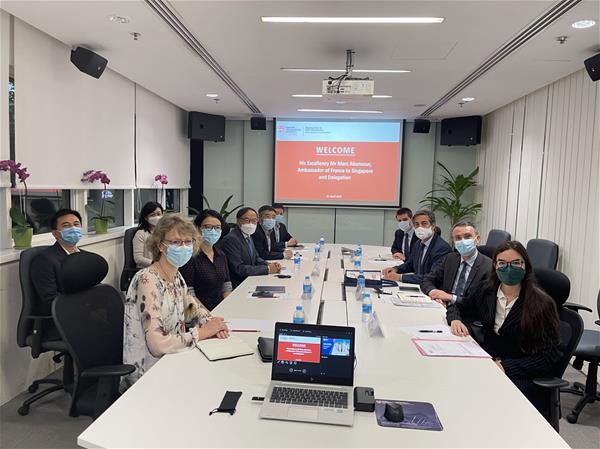 For the past 30 years, NCPA had more than 18,500 alumni, of which more than 17,000 are from China, and over 1,500 are from Southeast Asian countries and other foreign countries. In addition to Chinese Master's programmes, there are also three Master's programme conducted in English. At NCPA, we believe that networking is as important as knowledge acquisition. In particular, the extensive connections established between students and alumni, have benefitted their future development.

There were also robust discussions on artificial intelligence, big data, financial technology, and Singapore’s practices and experiences, as well as the cutting-edge trends of development in these fields. 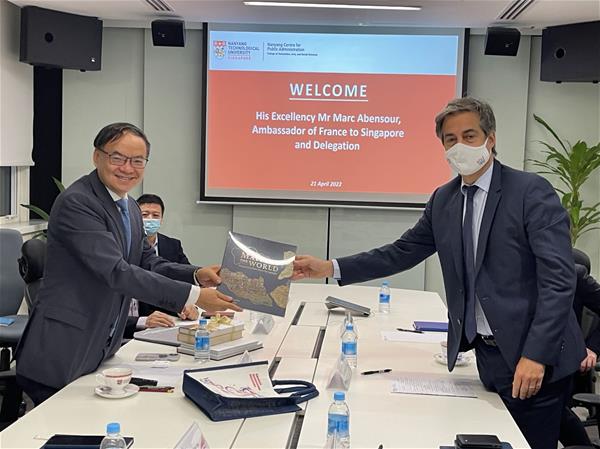 Both parties agreed on exploring future collaborations in student exchange and scientific
research, exchanging experience in civil service training, and connecting relevant French scientific research institutions and universities with the university and NCPA.

His Excellency thanked NTU and NCPA for the warm reception and presented Professor Liu with a token of appreciation. Professor Liu also presented him with NCPA’s 25th-Anniversary commemorative book and the two publications.