MAE Assistant Professor Pham Quang Cuong and his team at NTU’s Singapore Centre for 3D Printing have developed a technology where two robots can work in unison to 3D-print a concrete structure.

This new multi-robot technology was published in Automation in Construction, a top tier journal for civil engineering. Assistant Professor Pham was also behind the Ikea Bot earlier this year where two robots assembled an Ikea chair in 8 min 55s.
Currently, 3D printing of large concrete structures requires huge printers that are larger than the printed objects, which is unfeasible since most construction sites have space constraints.
This method of concurrent 3D printing, known as swarm printing, paves the way for a team of mobile robots to print even bigger structures in future.
“We envisioned a team of robots which can be transported to a work site, print large pieces of concrete structures and then move on to the next project once the parts have been printed,” explained Asst Prof Pham.
“This research builds on the knowledge we have acquired from developing a robot to autonomously assemble an Ikea chair. But this latest project is more complex in terms of planning, execution, and on a much larger scale.”
Using a specially formulated cement mix suitable for 3-D printing, this new development will allow for unique concrete designs currently not possible with conventional casting. Structures can also be produced on demand and in a much shorter period.
Having multiple mobile robots that can 3D print in sync means large structures like architectural features and specially designed facades can be printed anywhere as long as there is enough space for the robots to move around the work site. 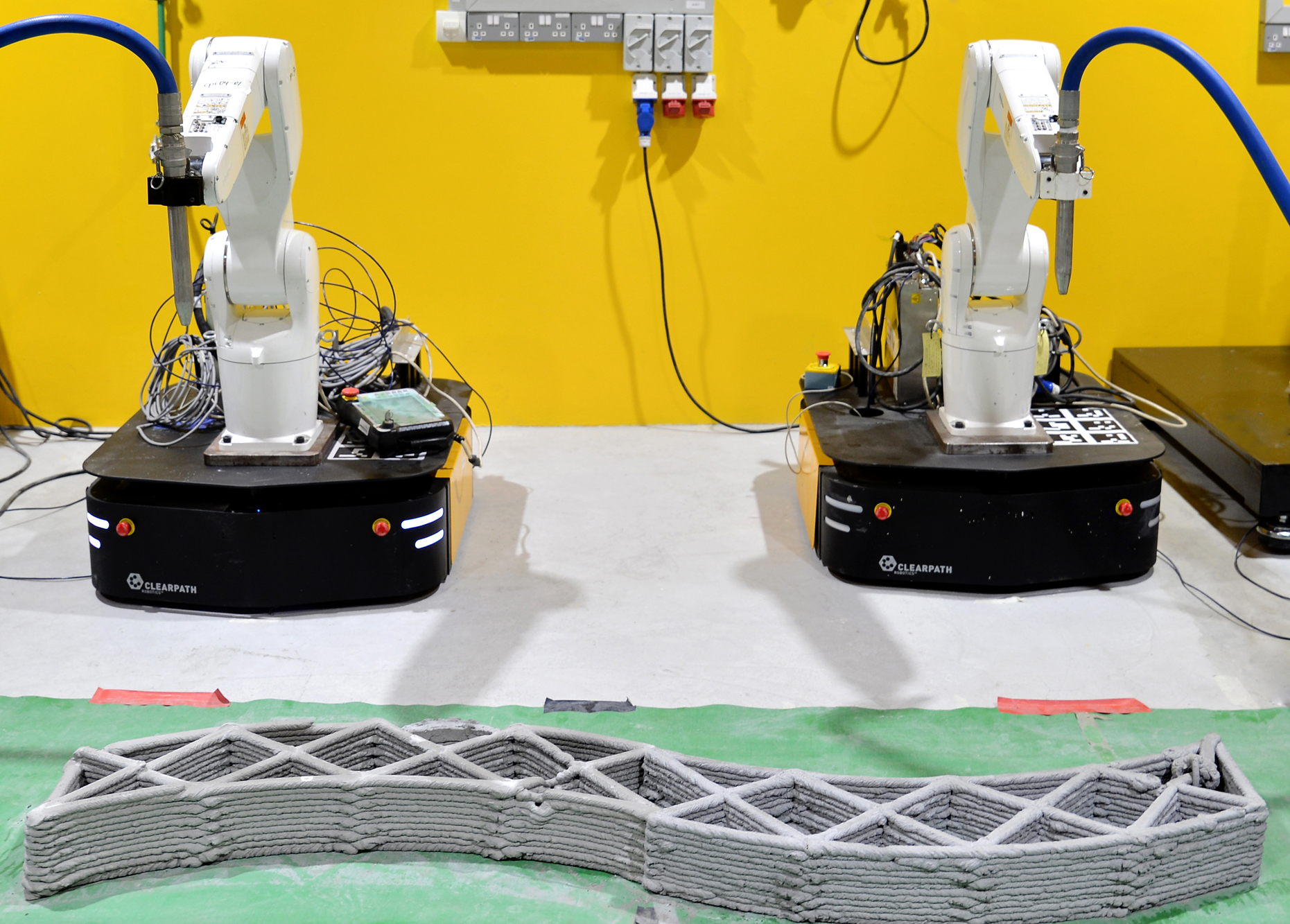 MAE Assistant Professor Pham Quang Cuong (3rd from left) with his multidisciplinary team of researchers consisting of roboticists, civil engineers, mechanical engineers and material scientists, with the concrete structure 3D printed by the two robots concurrently in a single print