We learn about this pair of alumni who were both fascinated by cartoons as children, and how they put their inspirations to work at ADM. 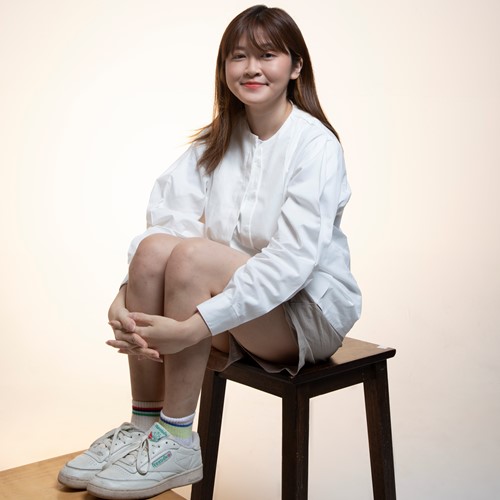 “I arrived at the topic of the moon’s relationship with the earth after chatting with a few research groups and identifying that it was a topic that could be explored,” said Su Xian (Shu), whose conversations with experts and members of the Singapore Science Centre and The Astronomical Society Of Singapore (TASOS) formed the basis of her film.

“I chose this (topic) because the layman seems to feel close to the romanticised idea of the moon but distant from the science behind it,” said Shu.

After deciding on her script and settings for the film, Shu drew inspiration for her art direction from a few critically acclaimed films such as Waltz with Bashir (directed by Ari Folman) and Fantastic Planet (directed by René Laloux).

Explaining how these two videos had helped her, Shu said: “The 2.5D style from Waltz with Bashir allows me to digitally simulate concepts in a more diagrammatic and geometric format while maintaining the touch of the human hand.”

“Fantastic Planet introduced a foreign landscape that paralleled the social behaviour and structures of real life, which was a desired effect in creating a dreamlike state that was also understandable without having to set too much context.”

Even though Shu had a workstation at home where she could conveniently work on the film, working alone had its own set of challenges, such as the constantly changing COVID-19 measures that posed uncertainties in the work process. Nonetheless, Shu remained committed to completing her film. “I tend to be quite strict with my schedule, and for the most part, I was on time, but not without some sleepless nights,” she said. “As those nights were quite parallel to my film about how the moon journeys through a sleepless night, it was an interesting experience overall.”

Encouraging budding animators who may be wary of the steep learning curve involved in learning professional design software, Shu said: “When starting on a new software, you have the excuse to make bad things and have fun.”

“Getting used to the tools and the hotkeys usually just takes practice, so it’s good to have fun with the initial experimental phase as it serves as practice, but also will help you to find techniques that are suitable for you,” added Shu, who is now equipped with the skills for many design applications, including Callipeg and Procreate.

Shu has been an avid “cartoon watcher” and has been interested in animation since her childhood and was fascinated to see characters come to life. During her time as an ADM undergraduate, Shu was glad to have explored different mediums, tried her hand at various styles, met many creative people and learnt from their practice. Today, she works as an illustrator and animator at a design agency.

Following Full Circle, Shu is now working on another animated film during her free time. This time, her film will be in a different style and tone, in the genre of fantasy and set in a bus. 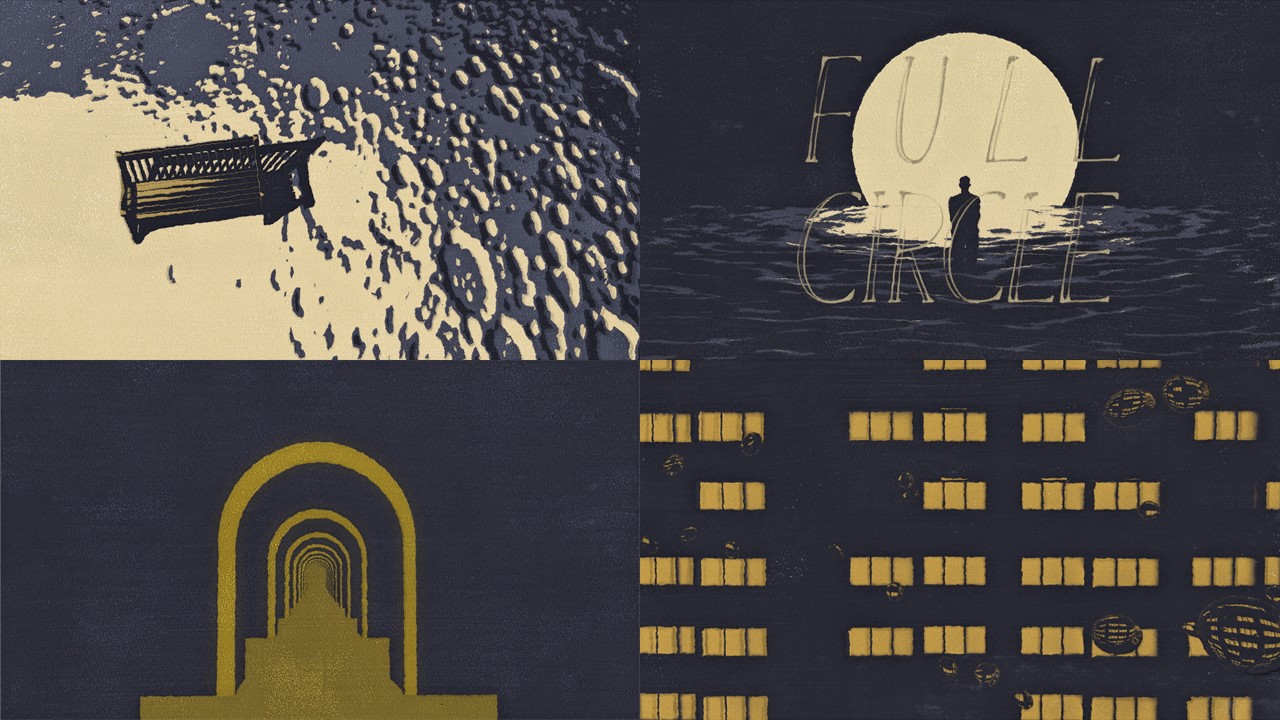 The art style for Javon Chan’s graduation film, A Fish For A Friend, was mainly inspired by Feast, a short film by Pixar in 2014.

Javon was pleased with how the final film turned out, but he also enjoyed its production process. Unlike Shu, who had worked on her film alone, Javon produced his film with a team of six – the largest group ever in an ADM final year project.

Even as the team faced immense pressure to “create something amazing with so much manpower”, they continued to seek help from their professors and online tutorials and stuck to their “well planned out production schedule” while adopting the motto: Work hard, play hard.

“We were expecting to burn the midnight oil almost every day once production started, but surprisingly, we hardly did, as everyone was very competent in their roles,” said Javon. “Instead of pulling all-nighters, we spent most of our time playing volleyball and board games, after working hours, of course.”

“We were also able to lock our story very early on in the project, which enabled us to jump right into the process of creating the storyboards and designing everything we needed for the film.”

Reflecting on his experience as an ADM undergraduate, Javon credited NTU in helping him rediscover his passion for drawing, finding his own art style, and merging that art style with his love for animation. He is currently animating for an upcoming television series for Mediacorp, Singapore’s national broadcaster and leading media company.

Before he was driven to pursue animation, Javon always had a passion for drawing. “As a primary school kid, I would draw every day in class on my textbooks until the teachers scolded me,” he said. “And when I came home from school, I would be exposed to numerous cartoons and Disney films. This went on until I completed my secondary school studies.”

“I then took up a diploma and subsequently, a degree in animation as I wanted to bring my drawings to life and one day direct an animated feature film of my own,” he added.

Javon advised aspiring animators to find the passion in what they pursue. He said: “As an animator, you can be working on a three-second shot with just that one character for the next few weeks or even months, and it will get boring if you do not enjoy the process.”

“Animation is all about giving life to a character, and if you are dead inside, your characters will be lifeless too.”

Javon also advised his juniors on the importance of getting the foundation right. Recalling his first animation assignment that was incredibly time-consuming, Javon encouraged his juniors to take heart.

“It may seem unnecessary to spend so much time and effort animating that one bouncing ball for Assignment 1, but if you can animate that ball well, you will have a much easier time animating everything else.” 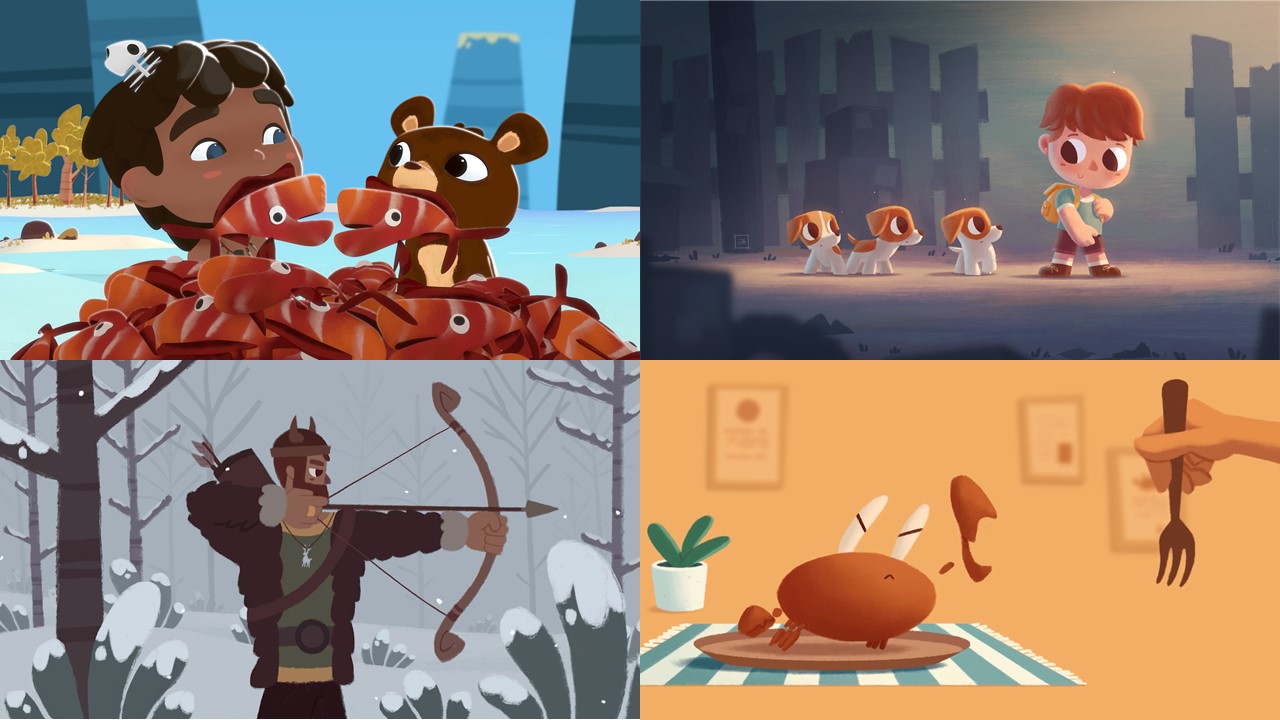 Stills and illustrations from Javon’s various works, including A Fish For A Friend (top left). Photo credit: Javon Chan