“Exercise is part of my lifestyle. Exercise is how I show my love for my family,” said NTU alumnus Mr Stephen Lim Nghee Huat (Commerce/1975), a Singaporean ultramarathoner taking part in NTU’s Best Foot Forward (BFF) fundraising run. Stephen elaborates that he looks after his health so that when he grows old (he laughs that he’s not old yet – just 68 years “young”), his children will not need to worry about him.

Stephen’s easy and humble demeanour belies a determined, disciplined, and dynamic sportsperson. When asked if he took part in city marathons which are around 42 kilometres, Stephen was quick to highlight that the races he took part in were, on average, 200 to 300 kilometres. A totally different sport where human endurance is elevated to a completely different level. 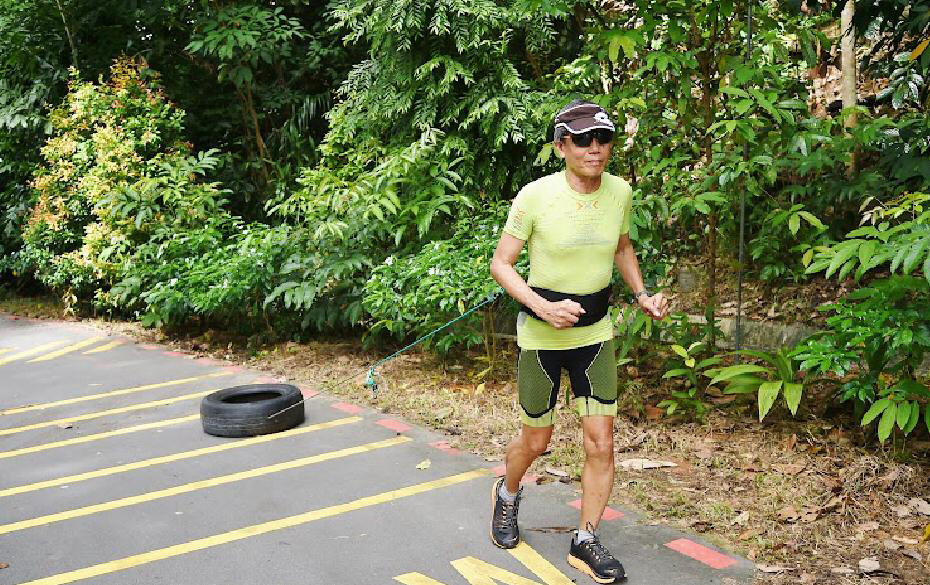 NTU alumnus and ultramarathoner Mr Stephen Lim Nghee Huat (Commerce/1975) participates in endurance challenges to raise funds for charities. He will be taking part in NTU’s Best Foot Forward virtual fundraising run and aims to complete his target of 100 kilometres in one to two days.
Photo credit: St Luke’s Hospital

Since 1987, when he completed his first triathlon, Stephen has completed more than 20 endurance events – sometimes even multiple races in a year.

His reason for taking part in these endurance challenges is to raise funds for charities. He is committed to running for a good cause, and with every race that he takes part in, he steps up the game to make the challenge harder and pushes himself to go further.

Cutting a slim figure, this semi-retired editor from MediaCorp’s Chinese Current Affairs unit keeps to a strict training schedule. While he doesn’t fit his life around running, he ensures that running is a very prominent part of his life. If he has an hour free, he uses that hour to run.

“It’s all about discipline. Even if I get only five to six hours of sleep, even if I have to run at night, I will run. I believe that the running keeps me fresh and awake,” he said.

Some of the ultramarathons Stephen has completed in Singapore include the SGX Bull Charge Charity Run in 2020 where he covered 800 kilometres over 13 days. In 2015, as part of SG50 celebrations, he ran 50 kilometres a day for 50 days – a total of 2,500 kilometres. In 2005, he emerged as champion at NTU’s Run Round Singapore, completing 168 kilometres in 24 hours 44 minutes. 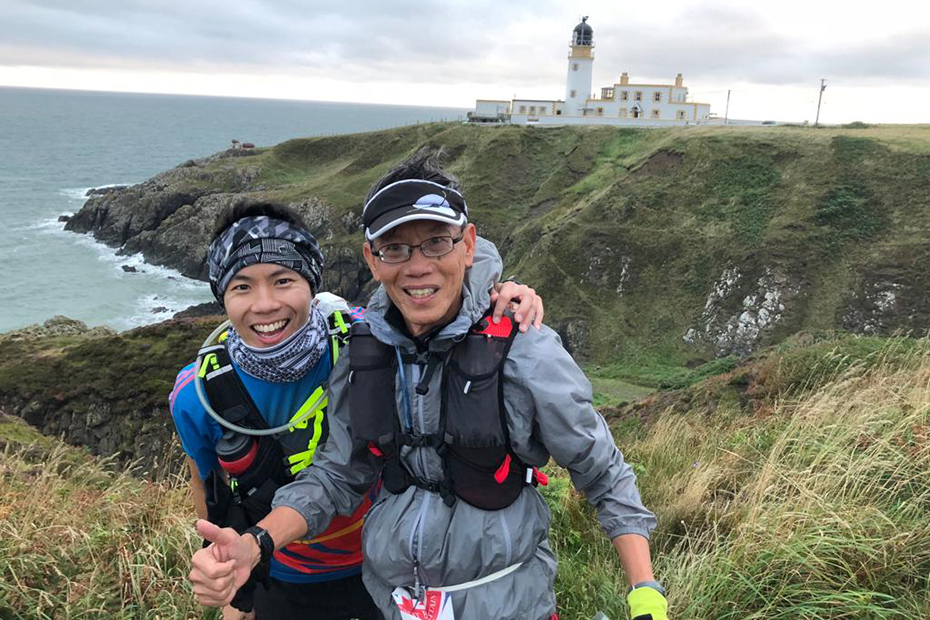 Stephen’s son David, also participated in the 2018 Race Across Scotland as a competitor, just like his father.

The avid runner has tackled routes in Brazil, Australia, Algeria and Jordan. But how does Stephen decide on which international extreme endurance race to participate in? He studies the races carefully and chooses those that are difficult and have “special characteristics”. For example, the Ladakh Marathon in Leh (northern India), is known as one of the toughest in the world as it takes place at over 5,000 metres above sea level.

In 2013, Stephen was the only Singaporean invited to participate in the Badwater Ultramarathon in Death Valley, USA. The world’s most demanding and extreme running race starts at 85 metres below sea level and covers three mountain ranges to end at 2,530 metres. Death Valley is the hottest place that an ultramarathon is held, with temperatures reaching a high of 53oC. Stephen completed the race in just under 2 days – 42 hours and 34 minutes – coming 58th out of 96 competitors and raising more than S$100,000 for St. Hilda’s Community Services.

While Stephen usually undertakes his ultramarathons on his own, there is a support crew to pace him. His son David is present to ensure his safety in most of his competitions. The 2018 Race Across Scotland was special to him as he ran it together with David, who took part as a competitor as well.

“Usually, David is there to keep an eye on me – he’s a medical doctor,” said Stephen. “I wonder if it was my influence or the landscape that motivated him to take part in Race Across Scotland.”.

Indeed, part of what motivates runners in a race is running alongside (or ahead of) others. As the Best Foot Forward fundraising run is a virtual one with no crowds due to the Covid-19 safety measures, Stephen will have to rely on his own pace and motivation. He confides that he will miss the fun atmosphere and the camaraderie of having other runners but is determined to complete his target of 100 kilometres in one to two days.

With his vast experience, Best Foot Forward may appear to be almost a walk in the park for this seasoned and devoted ultramarathoner. But as with any endeavour, it is practice that makes perfect – and Stephen certainly is putting in a lot to be sure.

Put on your sports shoes and join us for the Best Foot Forward Flag-Off at The Wave at NTU on 18 February (Fri) from 5.30pm to 7pm. Attendees of the Flag-Off will walk home with an exclusive Race T-shirt and food vouchers. Join us in person as we go the distance to raise funds for the NTU Bursary Fund, NTU Priorities Fund, and School Advancement Funds.

Please note: Registration for the virtual run portion of Best Foot Forward, which takes place from 18 February to 31 March, will open in February.

Turning her love for craft into a business