By Jay Ng and Derek Rodriguez

School of Computer Science and Engineering alumnus Jay Ng was in his final semester. Between him and graduation were 33 Academic Units and a Bachelor’s thesis. It did not take him long to feel burnt out.

Breaking up his work day with tutorials and his daily commute helped retain his sanity, he said, but they were not exactly relaxing. He recalled living in southern France, where he did an internship at a tech start-up during his third year of undergraduate studies. With the countryside accessible from the city, his days then were filled with long walks in the hills. He also cycled to the sea every weekend. 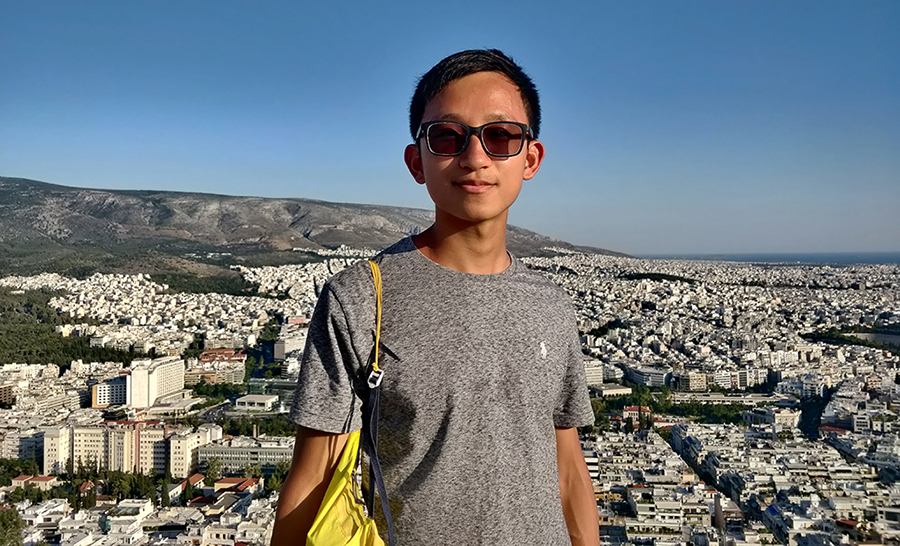 “Being outside, surrounded by grass and trees and water, and moving my body really helped me feel better. I thought: ‘Hey! Maybe I can find some semblance of this on campus!’”

Jay spent a couple of weeks taking “garden breaks” in various green spaces on campus: the crawling vines at the North Spine, the rooftop of The Hive and the green roof of the School of Art, Design & Media. But the place that really helped him to unwind was Yunnan Garden.

Now pursuing a Master's degree in data science and artificial intelligence at École Polytechnique in France, Jay takes us on a tour of this NTU sanctuary that in 2020 underwent a gorgeous makeover with its rich heritage elements preserved.

A walkthrough of this hidden gem of greenery

“Walking down the stairs of the western entrance, near the humanities building, you are greeted by a traditionally styled Chinese pavilion with its green tiled roof and auspicious red beams. Beyond the little structure, the garden opens out into a myriad of meandering pavements and greens. There are bamboo bunches, little streams, benches and shade. 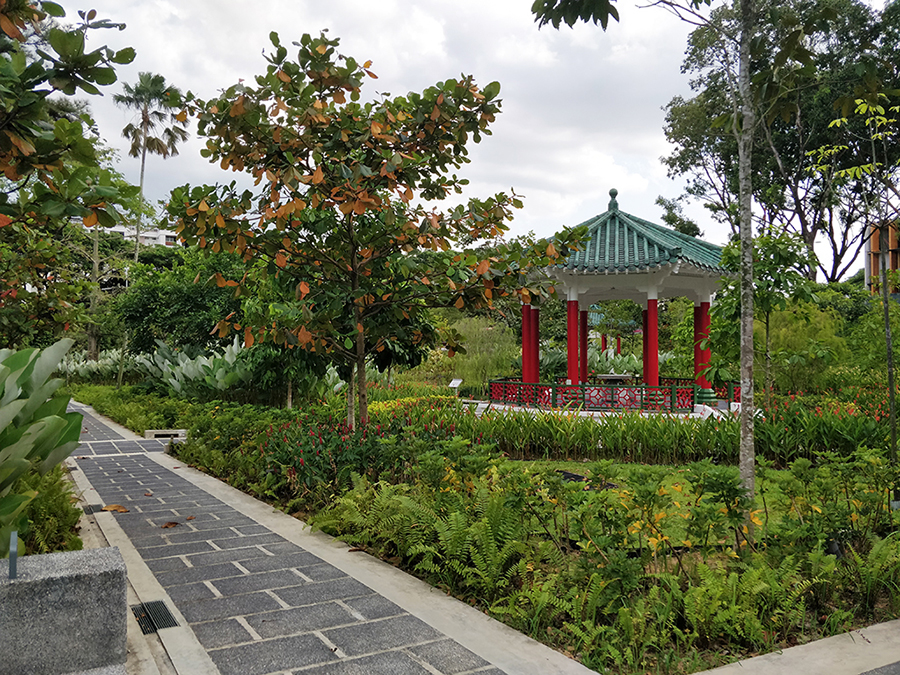 The rejuvenated Yunnan Garden is a place for leisure, education and heritage.

Much like most gardens in Singapore, you can find many iconic plants of the Southeast Asian ecosystem here. There is even a little culinary garden towards the middle, with comestible plants like thyme, rosemary and peppers. Above the soft, melding variations of green, a few dozen clean and crisp tiled paths are laid out in octagonal, hexagonal and triangular arrangements.

You wander through the paths going east, stopping perhaps for shade in the pavilions dotting the garden, and the twinkling sound of little streams and ponds give way to a louder torrent of water. A wide waterfall anchors the northernmost point of the garden, where the water from Nanyang Lake thunderously enters a lower reservoir, feeding into the little streams in the garden. The northern stairs take you up to eye level with the top of the waterfall, where you can then leave the garden and enter the paths above Nanyang Lake. Significantly smaller, this group of paths around Nanyang Lake do not match the scale of the main Yunnan Garden, but they offer a nice view over the lake, flanked by large, palm-like fronds. Yunnan Garden can’t possibly compare to the French Riviera, but it sure is a big step up from the long concrete block of the School of Computer Science & Engineering.

I found that sprinkling in a couple of walks a week added great strides to my productivity. I started to do walks in the city too.

Next to my home in Singapore is a green corridor called Duxton Plain Park – a brick path that curves around the back of some old shophouses in Outram. A 30-minute stroll down to Tanjong Pagar with my pen and notepad always did the trick for me.”

Turning her love for craft into a business