The world changed for Mr Pengty Ngor when he enrolled as an NTU undergrad to study Engineering in 2005. He says he benefitted immensely from his “formative” undergraduate experience, taking up as many learning opportunities as he could while also participating actively in co-curricular activities.

As a student member in various associations, he helped to organise charity initiatives such as book donation drives to help needy children. He found the activities meaningful and it motivated him to want to do more. 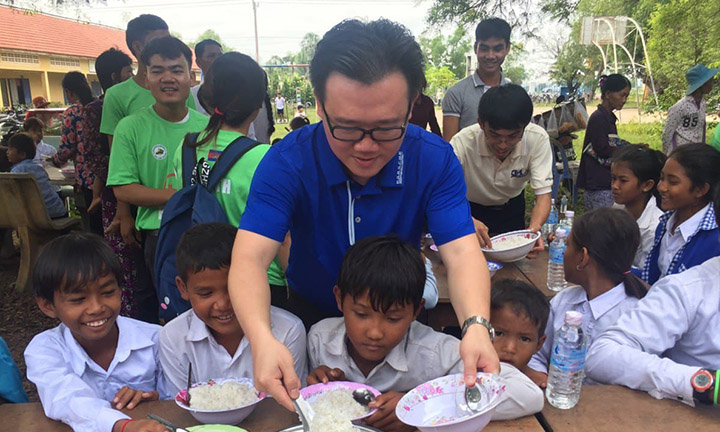 When the international student returned home to Cambodia, he yearned to maintain his ties with NTU. So, Pengty, 35, started an NTU Alumni Association there as a platform for the more than 200 alumni in Cambodia to network and stay connected to the University. One regular activity he organises is a monthly run which serves to promote a healthy lifestyle amongst alumni, while allowing them to meet old friends and make new ones.

Pengty, who runs his own company with businesses in education, financial and healthcare services, wanted to impart the values of service that he had learnt during his years as an NTU student. So, he started organising donation drives and distributes rice, noodles, stationery, and even bicycles to underprivileged children in his community. In 2016, Pengty launched a weekly food distribution programme, which delivers 80 meals – rice and different Khmer dishes ranging from soup to meat – to needy families. The programme is supported by donations as well as his own financial contributions.

“Positive acts may inspire others to follow your footsteps, and the impact will be long-lasting. You can start by planning your goal and daring to dream big, and then working your way towards it,” says Pengty.

One good turn deserves another. Upon learning of his charitable efforts, his friends in Singapore were inspired to start their own lunch programme called “Lunch for Kids” that provided about 200 primary school students from Cambodia’s Pursat province with a meal every day for three years. Pengty says providing a meal for these children has the added benefit of encouraging them to continue attending school and reducing the dropout rate.

He adds: “There are people who live with abundance while others may even lack food. I find that just a small donation from some people can make a difference to others’ lives.”

Mentoring as a ‘privilege’

upporting fresh graduates as they transition into the corporate world.

Early in her career, Nanyang Business School (NBS) alumna Ms Joyce Liang (Class of 2005) had mentors who guided her as she navigated the corporate world. Having benefitted from the experience, she decided to do the same. 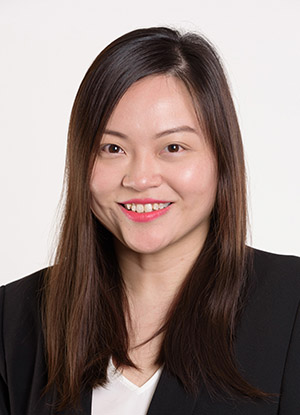 She now volunteers with NBS’ Step Out programme aimed at helping undergraduates transition into the workforce.

Joyce, who is the Global Commercial Director at Dyson, says: “It can be pretty daunting for someone who is starting out in the corporate world. If you can be in a position to offer support to someone else, in this case to mentor someone, why not?”

As part of her volunteer work with young graduates, she helps them with a range of things from resume-writing, preparing for job interviews to sharing tips on how to survive and thrive in their first job.

Joyce, 38, adds that being a mentor has also helped her gain insight into challenges faced by the current generation of graduates. “I think this generation has gone through something completely different versus the rest of us who were trained in the pre-pandemic world. They had to quickly adapt and acquire a different skillset to stand out and thrive, as well as put in double the effort to connect with others in the virtual space.”

While volunteering as a mentor requires time and commitment, Joyce views it as a “privilege”. “If I could help lift someone else up, then I have not lived my life in vain.”