Forbes has unveiled its 30 Under 30 Asia list and in this year's honour roll, there are entrepreneurs, scientists, content creators and artists. According to Forbes, they are "redefining the future of business and society in Asia". Of the 300 honourees, seven of them graduated from NTU Singapore. Many of them have founded their own companies developing innovative solutions to today’s problems, while others are making waves in their specialisations.

We speak to six of the remarkable alumni named in this year's Forbes 30 Under 30 Asia list to find out what inspires them, what they are working on now, and how they stay the course during tough times. 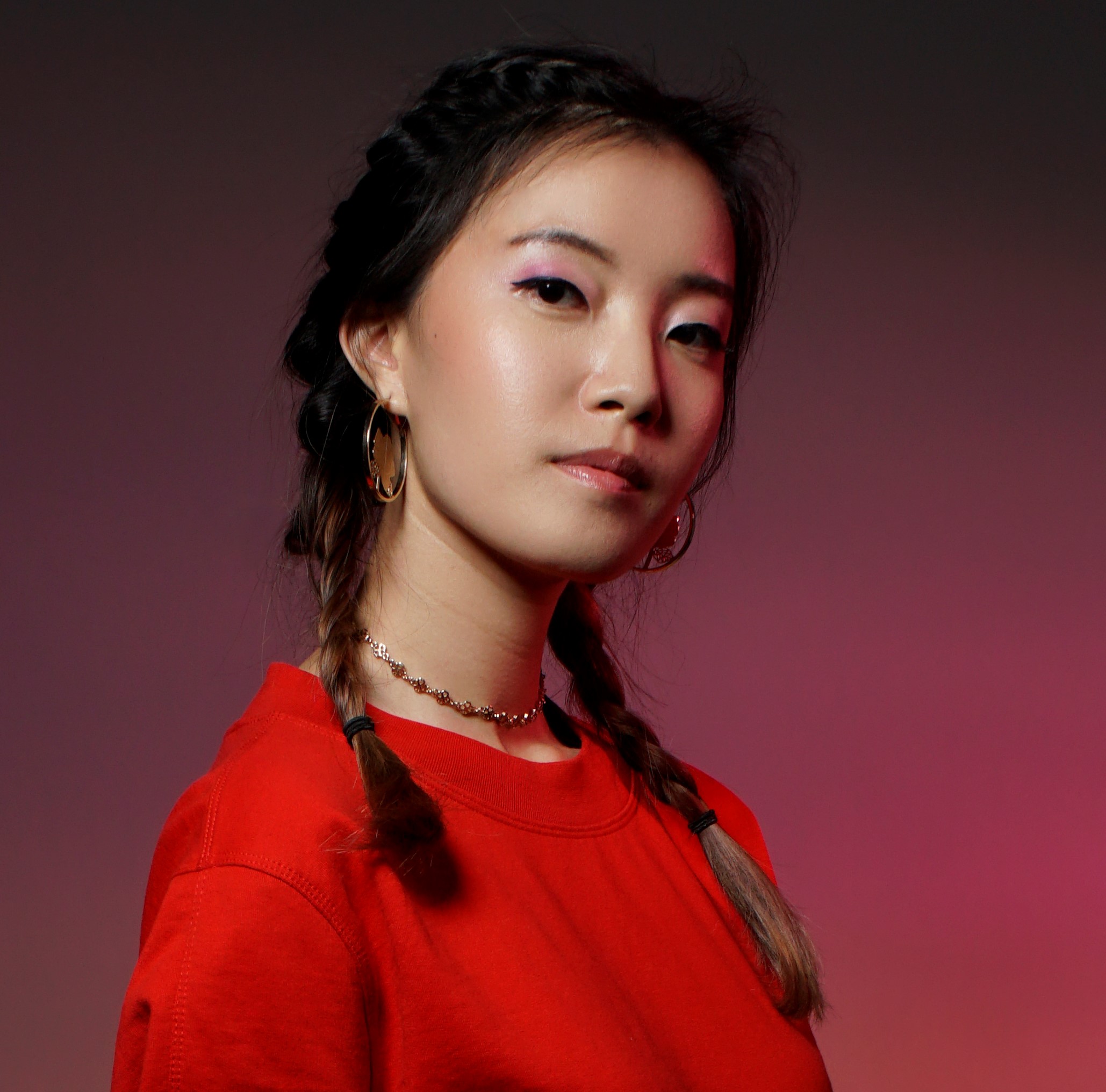 In Singapore, Annette Lee needs no introduction. An actress, singer, songwriter and filmmaker, Annette portrays fictional characters with a variety of accents.

She has over 160,000 Instagram and YouTube followers and was recently named one of TikTok's most viral creators in Singapore. Annette produced a popular web series titled "Asian Billionaires", featuring a star-studded cast comprising local artistes Gurmit Singh and Benjamin Kheng, and has released two albums: "All Our Achilles Heels" in 2017 and "Song For The Underdog" in 2020, with Grammy-winning producers Scott Cash and Ed Cash. She also performed for Disney+'s debut show in Singapore.

Annette's roots in NTU have helped her to where she is today. When she entered the School of Art, Design and Media (ADM), she was unsure of what she should be majoring in and had considered either Graphic Design or Animation as they were closest to what she was used to doing. However, after completing modules from different specialisations in her first year, she fell in love with filmmaking and found it to be what suited her the most.

To NTU students who are starting out as content creators, she advises them to work on their own side projects as they gain the tools and expertise needed in school. "There's something about creating content not because you have to or because someone told you to do so. People will be able to feel it. That will really set you apart and open opportunities for you." 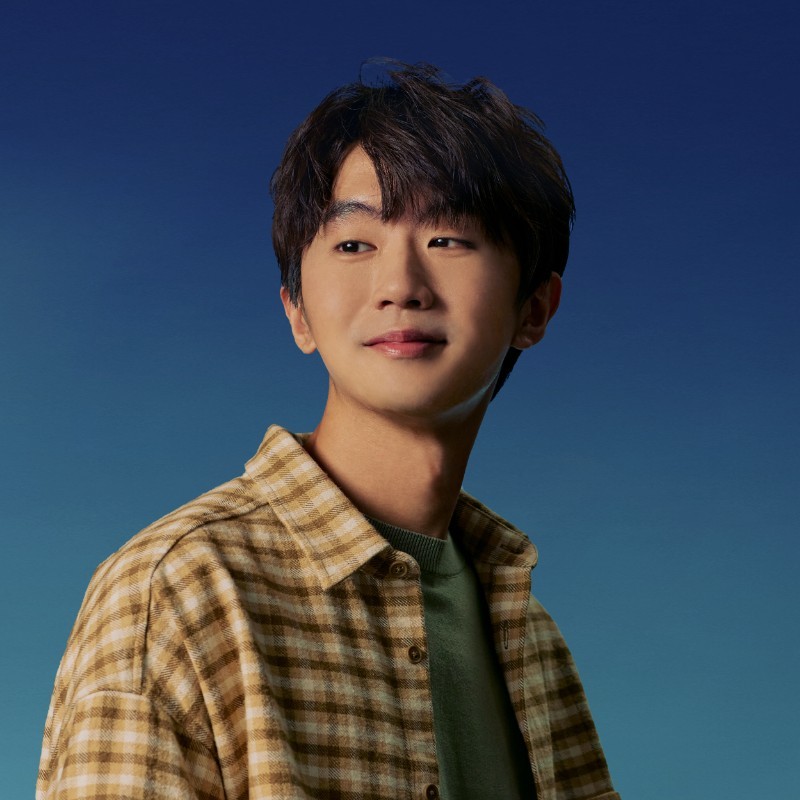 Ng Ming Wei is one of Southeast Asia's most popular TikTok content creators, with more than 30 million followers on his social media accounts. Once Singapore's top Taekwondo athlete, he turned to content creation during the pandemic when he could not participate in competitions. Today, he not only produces comedy TikTok videos, sometimes co-starring his father, but also runs digital media marketing agency Boom Digital Media, which he founded in 2020.

Ming Wei's path has been strewn with obstacles. While he had taken a gap year to prepare for his maiden attempt to represent Singapore in Taekwondo at the Tokyo 2020 Olympics, the pandemic came along. Nonetheless, Ming Wei saw this as an opportunity to try his hand at producing vertical videos on TikTok. His prank videos became viral, and within a short period of time, he accumulated 22 million followers and 5 billion views for his videos. Capitalising on his fortuitous success with social content creation, Ming Wei set up Boom Digital Media. His digital media agency has worked with notable clients, such as Singapore's Ministry of Communications and Information, ONE Championship, Nandos and Nas Academy.

Ming Wei's venture into content creation could not have happened without this mantra: "Push yourself to take that leap of faith. If I had allowed my initially introverted self to submit to my reservations, I would have never found my voice in content creating. Sometimes you must really step out of your comfort zone to realise your full potential. And if the road gets rough and rocky, that’s fine. Just push through, because the light shining at the end of the tunnel is brighter than anything you would have ever seen before." 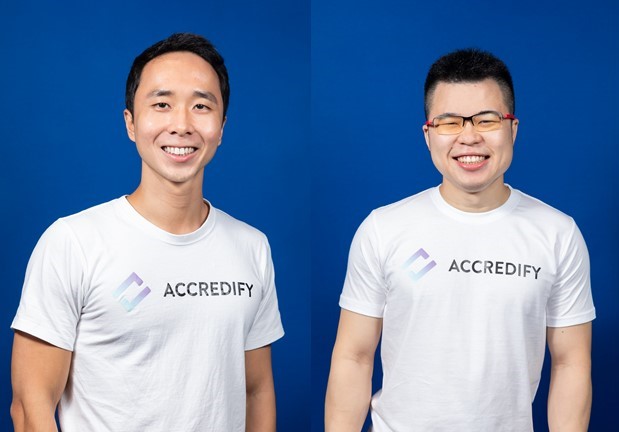 Quah Zheng Wei and Edmund Chew co-founded Accredify together with two other co-founders in 2019 to provide a way for organisations to issue and verify tamper-proof digital documents. To date, the company has processed over 11 million verifications for 1.5 million issued documents. They also co-created Singapore's national COVID-19 test standard, HealthCerts, with Singapore's Ministry of Health and other major players in the healthcare industry. Accredify announced that it achieved over $500,000 in revenue in 2021 and expects to quadruple this amount in 2022.

As start-up founders, Zheng Wei and Edmund face hurdles in their day-to-day operations at Accredify. However, they were able to overcome the challenges with what they learnt at NTU. Edmund's journey with NTU's Renaissance Engineering Programme (REP), one of NTU's Premier Scholars Programmes, helped him prepare and take on multiple roles that required different knowledge and skillsets. For Zheng Wei, what he learnt in the Accountancy programme gave him broad exposure to most parts of running a business. His active participation in networking activities helped him establish a network of contacts, which he tapped on during his entrepreneurial journey.

Zheng Wei has this advice for aspiring entrepreneurs: "Taking risks should be seen as seizing opportunities. If you want to take a gamble and pursue an idea that you have, just go for it and don't look back. Don't feel pressured by others' timelines. Opportunities can always be found if you have the heart of an entrepreneur. Be resourceful and find ways to put yourself into a position where you are prepared and equipped to start your journey."

Alluding to the quote "Life is like a box of chocolates. You never know what you are going to get" from the film 'Forrest Gump', Edmund encourages those considering entrepreneurship to "give it your best shot". He said: "Even if you don't succeed, at least you know that you did your best." 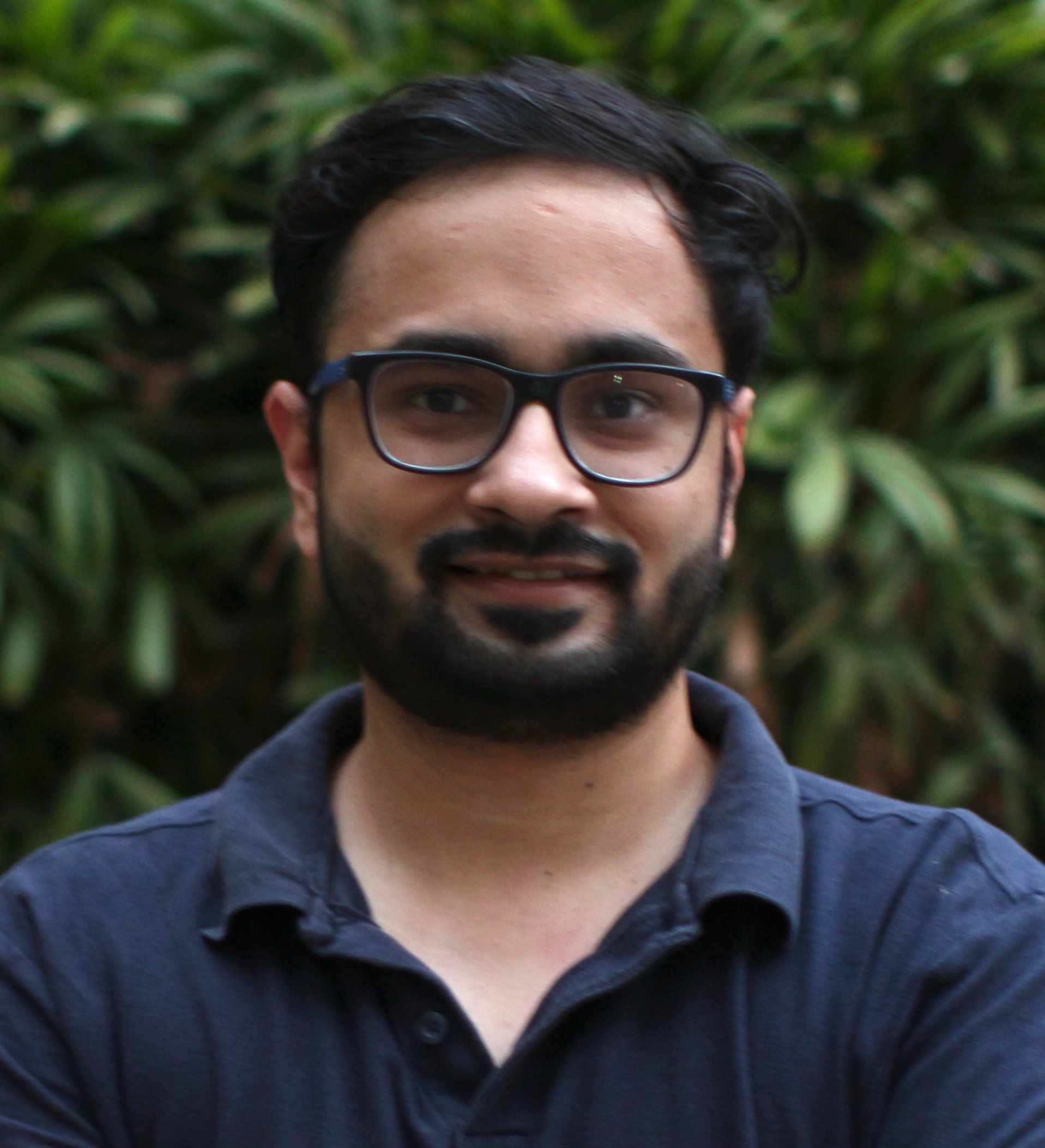 In 2017, Karan Bhardwaj founded RaRa Delivery, a last-mile logistics company offering instant and same-day yet affordable delivery in the greater Jakarta area, Bandung and Surabaya in Indonesia to cater to consumers' increasing need for instant gratification. Capitalising on their real-time smart batching technology, RaRa Delivery can accomplish many-to-many deliveries at scale. Its clients include Indonesia's leading e-commerce and consumer brands like Blibli, Lazada and Sayurbox.

"Our goal is to revolutionise e-commerce by moving all deliveries to instant and same-day deliveries. When we achieve that, we are changing the way people shop and the way e-commerce works. While we are on that journey, it feels good, not just for myself but for the whole team behind me, that our work is being appreciated. It gives us more power and more nerves to keep going," said Karan on being recognised in this year’s Forbes 30 Under 30 list.

As a founder, Karan faced many challenges in his start-up journey. He describes the key to overcoming these challenges is having "the right team around you, the right mentors and right network".

Karan's inspiration for starting RaRa Delivery came from his previous stint leading the end-to-end e-commerce supply chain across Southeast Asia and Australia at Unilever, where he had the opportunity to work with regional e-commerce players like Lazada and Shopee, and local players like Qoo10 in Singapore, 11Street in Malaysia, Tiki in Vietnam and Bibli in Indonesia. The experience opened his eyes to the space in e-commerce and last-mile delivery.

"Consumer expectations were changing at that time in 2016. Ride-hailing was already picking up and food delivery was starting to become more prevalent. People were enjoying these on-demand services," Karan said. "I could foresee that people would have similar expectations from online shopping as well. People would want things delivered fast and when that happens, the current last-mile delivery ecosystem may not be able to keep up."

It was then that Karan decided that he wanted to be a part of this trend. He wanted to "create an impact that is much bigger than what I could create when I was part of Unilever". Karan took the leap and left Unilever to start RaRa Delivery. Coming a long way, RaRa Delivery managed to clinch US$3.25 million in seed funding led by Sequoia Capital India and East Ventures in 2021.

Karan offers this advice to those looking to start their own ventures: "There are certainly a lot of risks and challenges in entrepreneurship, but there's nothing that cannot be solved by structured thought process, meticulous planning and efficient execution. Ask yourself if you have a massive scale problem you are trying to solve, whether you are passionate about solving it, and if you have the right network of people to talk to. Then, make sure there is a plan to help you survive the next one or two years." 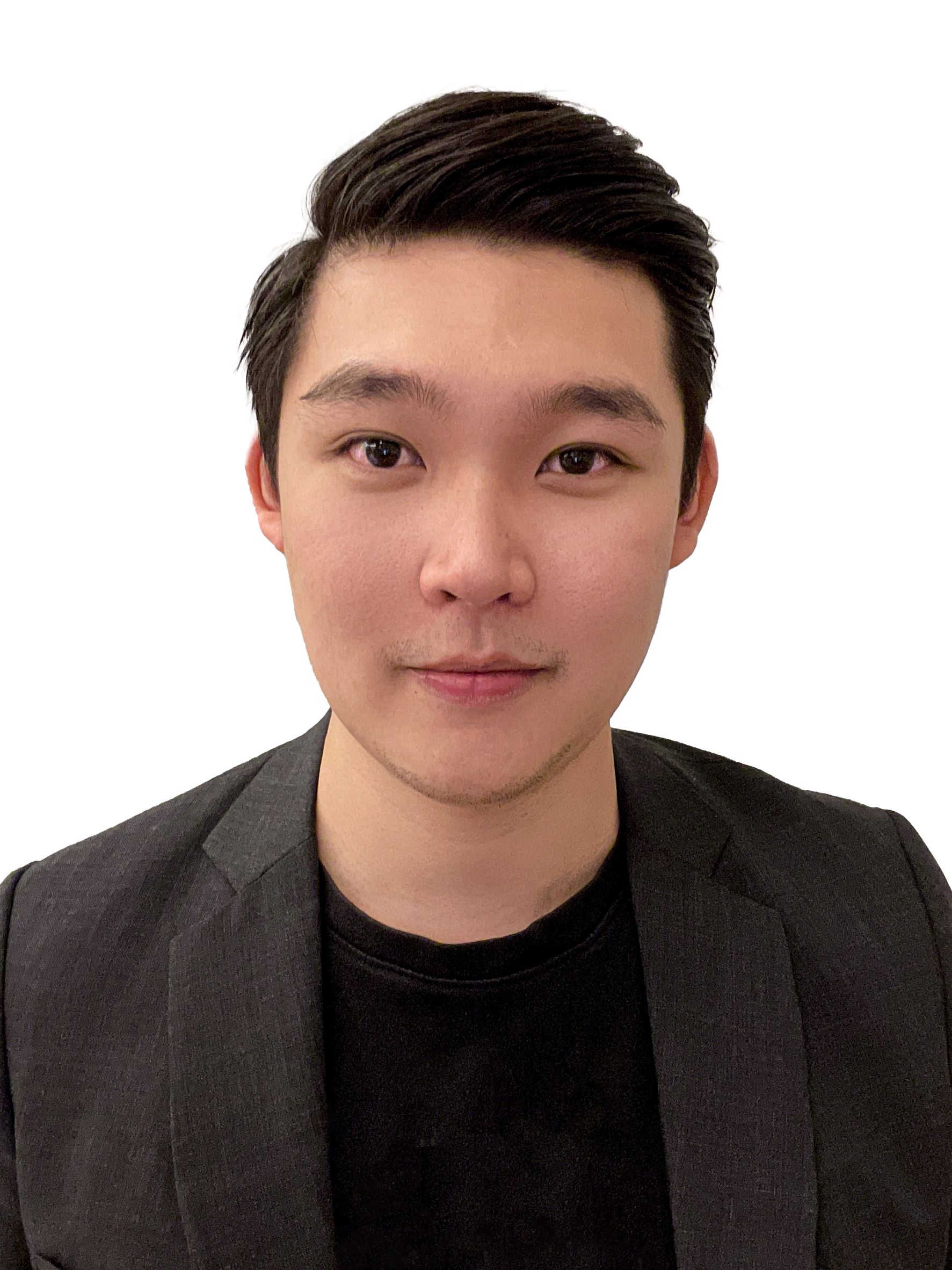 Henry Ting is the founder and CEO of TTRacing, a company that specialises in the sale of ergonomic chairs for computer gaming. It has served more than 300,000 customers, selling about 15,000 chairs per month. Investing heavily in product innovation since 2021, TTRacing is now the largest gaming chair brand in Malaysia and operates in the Philippines through a partnership with the country's largest IT distributor. The company is aiming to enter markets in Indonesia, Thailand and Vietnam after opening another factory line in October 2021.

As the CEO and sole founder of a growing company, Henry feels the load of accountability on his shoulders as he must oversee everything in the company. Nevertheless, Henry sees these challenges as good problems to have.

As a rising entrepreneur who was among the Top 10 nominees for EY Entrepreneur of the Year Malaysia 2021, Henry explained what kept him going in the face of obstacles: "The best way to prepare yourself is to imagine the worst-case scenario for what you undertake in life and then multiply that by ten. With that feeling, continue doing what you have been doing. In the long run, this helps fortify your mental strength."

Another NTU alumnus recognised in the 2022 Forbes 30 Under 30 list was Feng Lei (SCSE/2021), an academic at Chongqing University’s College of Computer Science, specialising in computer science and machine learning. He became a professor and a PhD supervisor at the age of just 25.