An alumnus of the National Institute of Education (Class of 2013), Dr Mark Lim Jian Wei is the CEO and co-founder of Aliena, a tech spin-off from NTU Singapore, which is at the forefront of cutting-edge electric propulsion technology in Singapore.

Aliena was founded in 2018 together with NTU PhD candidate Mr George-Cristian Potrivitu, the CTO of the company. They met while pursuing their PhDs at NTU, a time when they had the opportunity to “look at new frontiers in space”. Mark was a member of the team that set up the Space Propulsion Centre in NIE, through which they “commissioned everything and built up an entire laboratory from scratch”. The Centre was the launchpad that enabled their development of cutting-edge solutions for the propulsion of spacecraft. 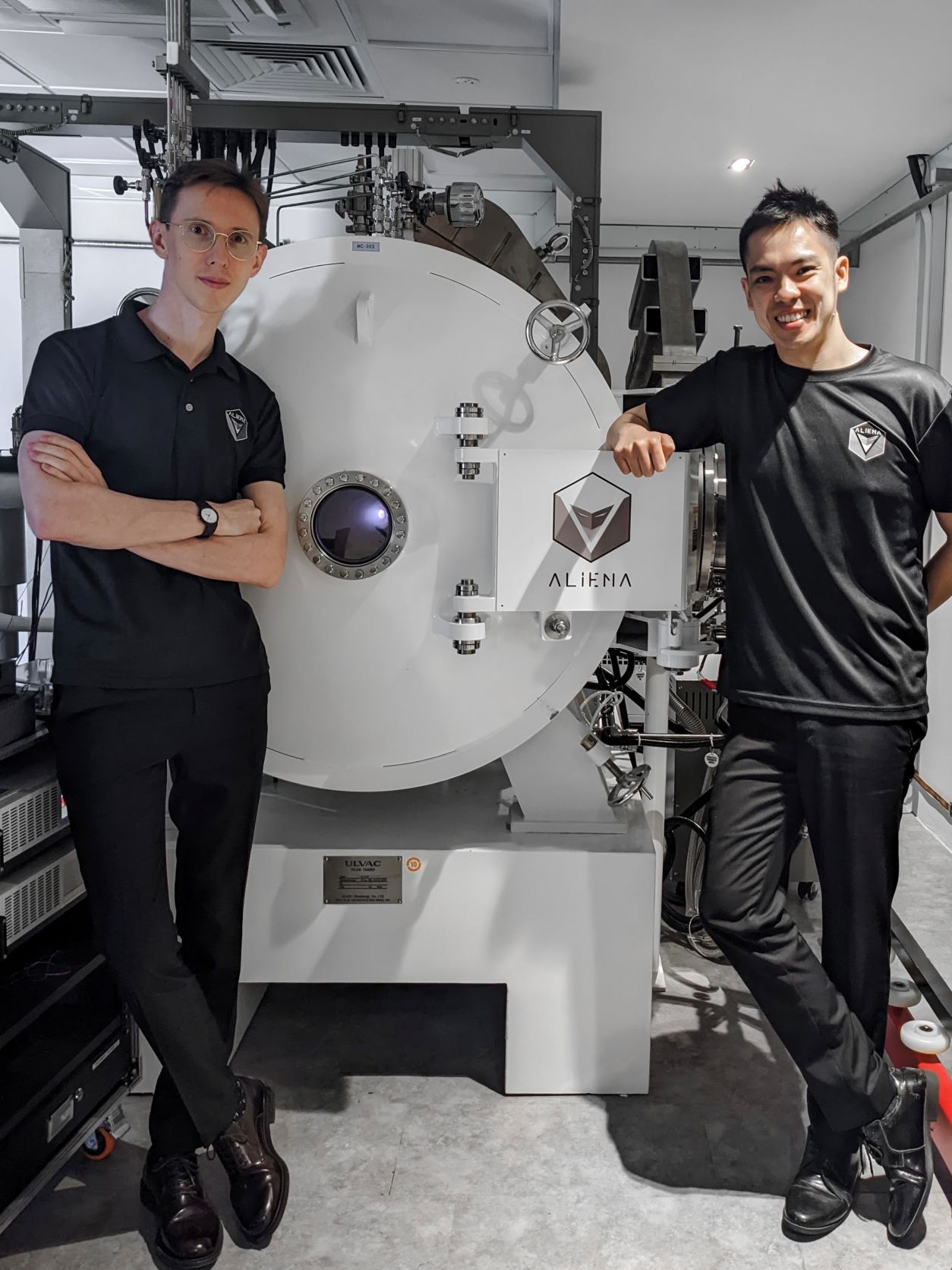 “I still hold very fond memories of my time there, and even though my PhD topic was not in the field of space propulsion, I had many opportunities to develop capabilities within the group and publish widely in the field of electric propulsion when I was a PhD student,” said Mark. “This paved the way for me to independently drive a group of committed engineers when I spun off my company, to commercialise and commission our private jet propulsion test facility for spacecraft propulsion in Changi Business Park.”

Aliena received a grant from NTUitive, NTU’s innovation and enterprise arm, in 2019. In the same year, Aliena’s technology was test-bedded in the NTU Satellite Research Centre (SaRC) where they successfully fired their engine for the first time. This helped the start-up raise an oversubscribed seed investment round, setting the stage for the commercialisation of their electric propulsion technology for nanosatellites, which is a mini plasma thruster that operates at less than 10 watts of power – the same energy required to switch on a light bulb – to keep nanosatellites in space orbit.

“At that point, it seemed like we had everything going extremely well for us. We took over a facility in Changi Business Park and were set to use 2020 to commission a Jet Propulsion Test Facility for the development of our systems. Then COVID-19 hit and it just turned our plans upside down. There was so much uncertainty in what that meant for our company and our tech development,” Mark recounted.

As the CEO of the company, he described how he had to hold the team together while having to quickly reorganise their job scopes for the new patterns of work. “We lived by the mantra of not wasting a good crisis. We got our engineering teams to focus on the design of the next generation of systems. When we emerged, we were lucky to have ready the plans and designs for us to begin fabrication and testing immediately. It was a harrowing experience, but we were glad that we managed to emerge stronger,” said Mark. 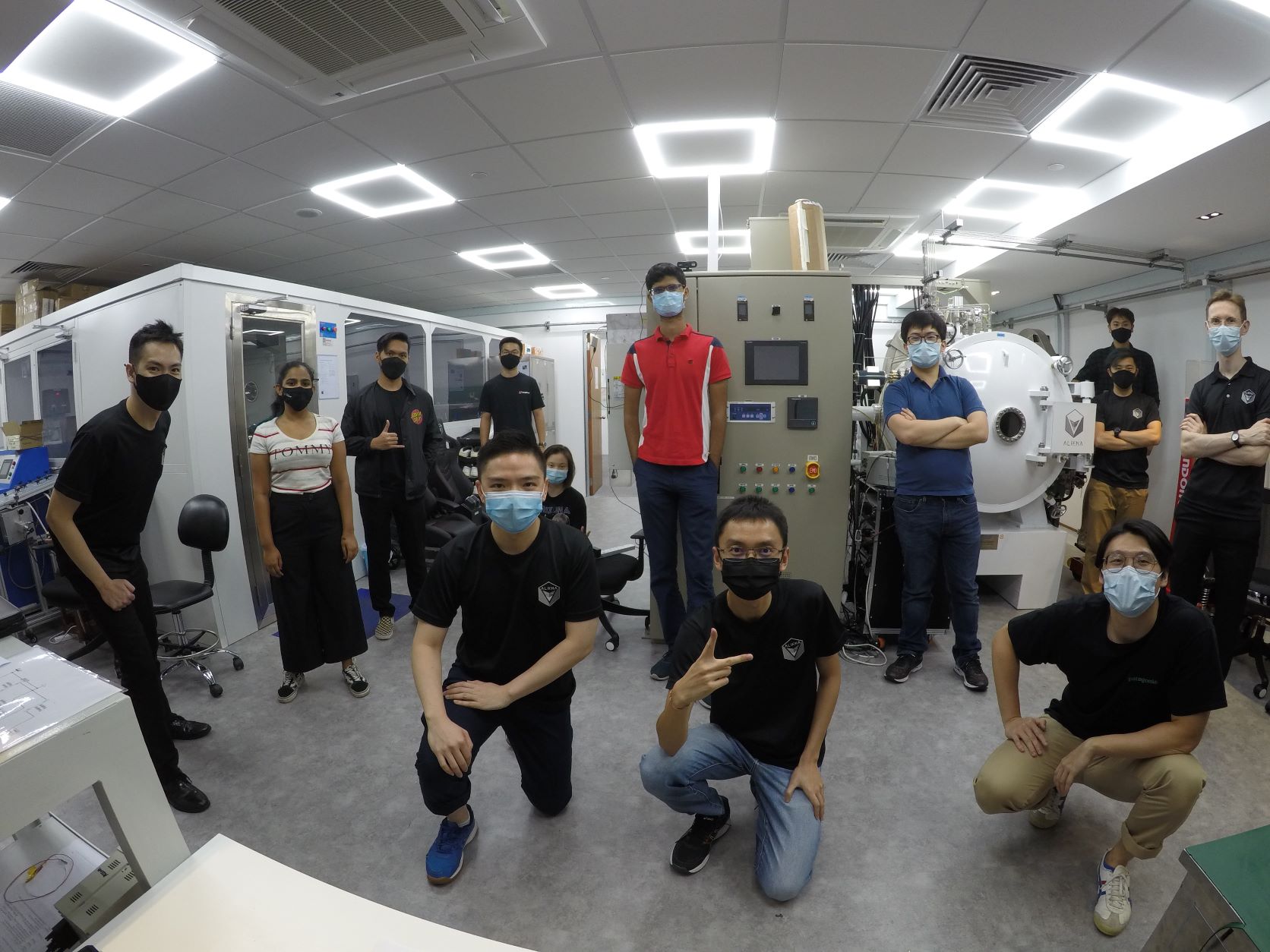 In January this year, Aliena launched into space a nanosatellite propelled by a fuel-efficient plasma engine that they developed. A state-of-the-art technology, the new engine consumes just a fraction of power compared to current satellite engines of its type. Aliena is now developing next-generation solutions for capturing high quality and timely Earth observation images from their very-low-Earth-orbiting (VLEO) microsatellites. They aim to fly their first VLEO imaging satellite and begin commercial provision of its imaging service to businesses in 2024.

Before his research and entrepreneurial stints, Mark was a secondary school Physics teacher. “I've always been passionate about understanding the character of physical law and what makes the world tick and go round. I pursued my undergraduate degree at NIE with my eyes set on becoming a physics teacher so I could bring these concepts to life in the classrooms every day,” he said.

“However, I caught the research bug when conducting research as part of my final year project. When it was time for me to graduate from the Bachelor's programme, I felt I had only scratched the surface of potential breakthroughs in the plasma physics field. But I had a bond to serve, and the only way I could have continued my research was to pursue a part-time MSc (Research) programme with NTU.” Mark was teaching full-time while pursuing his postgraduate studies and eventually left his decade-long stint in the public service in 2019 to focus on his company. 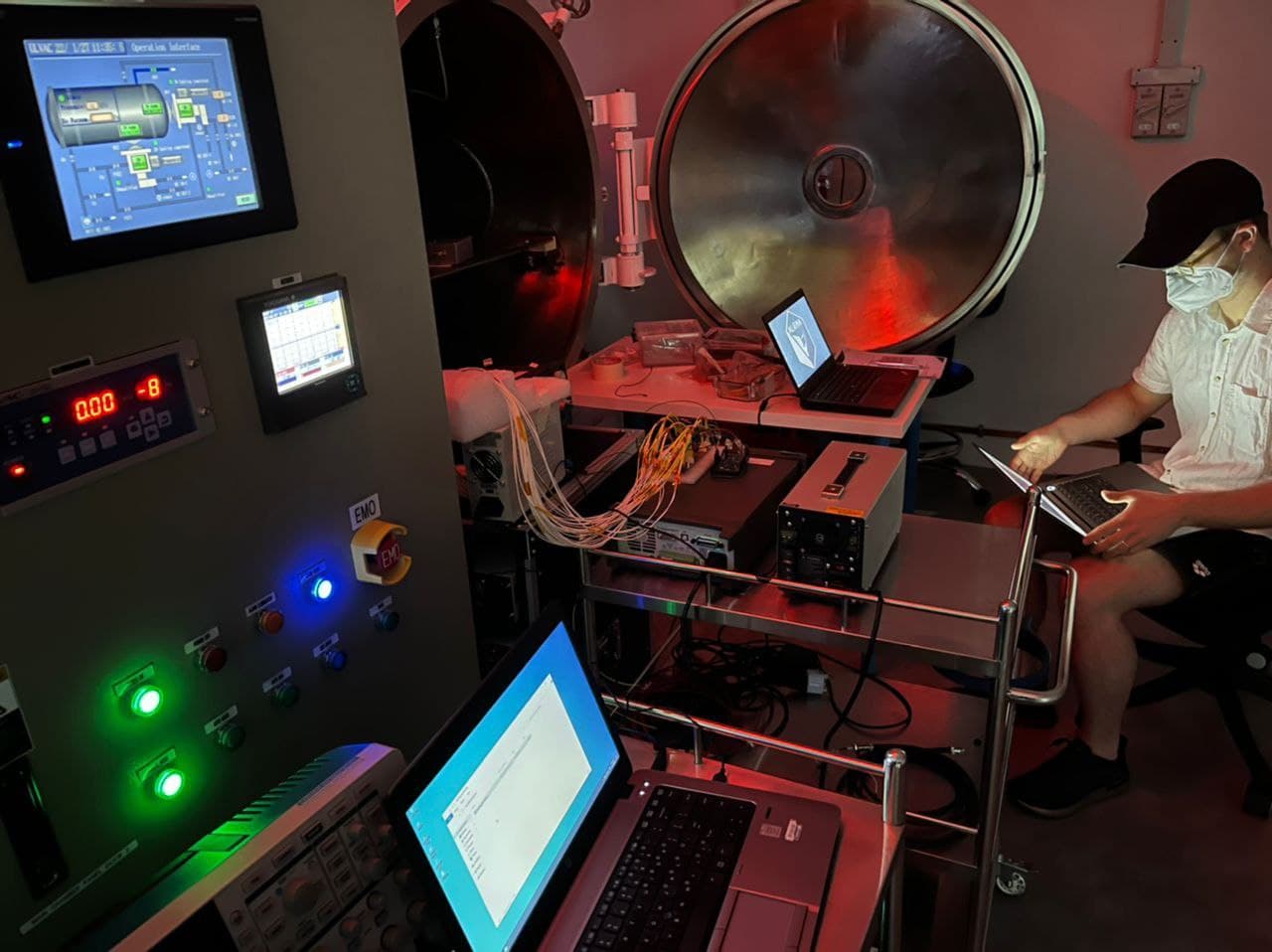 Mark has a positive outlook on the future of space technology. “The future of space-tech looks promising for Singapore,” he said. “We have a national space office that is spearheading and aggregating our knowledge pool from the institutes of higher learning and industry to find new strategic domains for us to be able to do well on the global stage.”

Mark encouraged fellow scientists looking to advance space tech or exploration in Singapore to “dare to dream, do and deliver”. He said: “Operating in the frontiers of space would require literally out of this world solutions…We have to set our eyes on breaking boundaries and not accepting what has been done by others as limitations for our ideas.” Mark emphasised the importance of materialising those ideas by “taking that leap of faith on working on those systems and breathing life into them by doing” while delivering practical solutions to serve the community at large.