This year’s Forbes 30 Under 30 is a special group of resilient trailblazers under the age of 30 who have succeeded despite the COVID-19 pandemic. In Forbes’ words, these young movers and shakers are “unparalleled examples of determination, hard work and innovation.” Among the 900 honourees are five alumni and one Class of 2021 graduating student. Some have founded tech start-ups, and others are making a social or research impact in their respective fields.

We speak to four alumni recognised this year to find out what inspired their work and the challenges they faced. 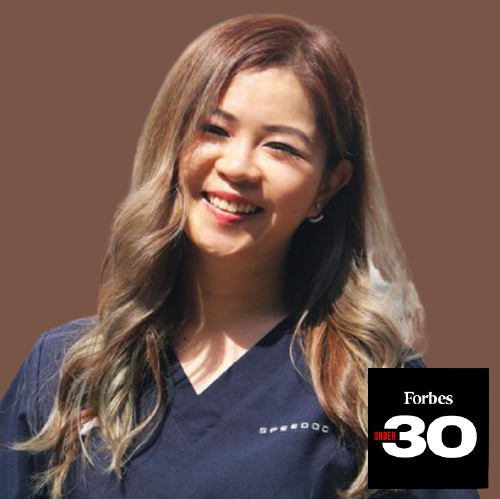 Serene Cai co-founded Speedoc – a digital health start-up – with Dr Shravan Verma in 2017, to bring quality medical care to those in need anytime, anywhere. Users can obtain medical advice online, receive prescribed medications at their homes, book doctors’ house calls, nurse care and ambulance in Singapore via Speedoc. To date, more than 33,000 patients have booked doctors’ visits through the platform. Last year, Speedoc raised US$5 million in its series A round of financing led by Vertex Ventures Southeast Asia and India.

In their four years of business, Serene and her co-founder faced many “usual start-up problems” but as a female business owner, she found it especially challenging. “Entrepreneurship and professional leadership in general are very male-dominated, so there are a lot of pressures that come with being female,” she said. "I've always had to work twice as hard to just keep up. I've had unsavoury comments thrown my way, questioning my work ethic (as a female entrepreneur)." However, Serene remained steadfast and chose not to respond to those negative remarks, shifting her attention to her work.

Being in health tech means having to deal with life-and-death situations and the emotional stress of caring for gravely ill patients. However, these did not put Serene off as she believes that the healthcare sector is one of the most rewarding.

Trained in communications, Serene took a bold step to venture into healthcare, a domain she was unfamiliar with. However she feels that her communications training exposed her to important digital trends like on-demand services and the plight of underserved communities, which prompted her career in health tech.

“This is my toll to the universe for being so exceedingly fortunate - is a personal mantra that I keep close to my heart. For everything that the nation, my alma mater and the community have given me to allow me to come this far today, it is my mission in life to give back tenfold.” 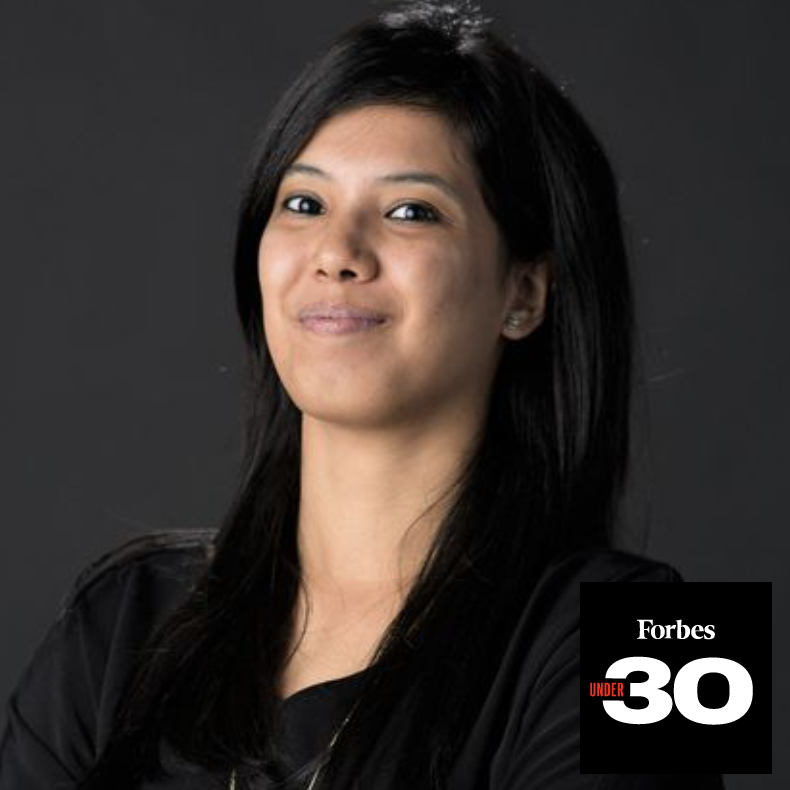 The portability of the device allows the therapy to be given at home. While WIND has not yet been commercialised, Prime Respi has, to date, raised over US$2.6 million from investors including SGInnovate.

The idea behind Prime Respi and WIND first arose while Priyanka was pursuing the Singapore-Stanford Biodesign Fellowship, a healthcare innovation fellowship she took after her PhD studies at NTU’s School of Chemical and Biomedical Engineering. After the fellowship, she and her teammate applied for and were awarded their first grant from Singapore-Stanford Biodesign Fellowship Extension to continue developing WIND.

One of their biggest challenges as founders of a health device start-up was balancing the “good-to-haves and must-haves from a development and strategic standpoint”. As a researcher, Priyanka opined that it was tempting to “comfortably remain in a well-funded public ecosystem”. Nonetheless, she is grateful to have received guidance from a “fantastic and diverse group of mentors who have been instrumental in navigating through these challenges”.

Sharing an insight into her success, she said that “it’s better to fail fast and iterate instead of being afraid to fail and not trying at all. When it comes to solving problems, the faster we identify an issue, the quicker we can resolve it”. 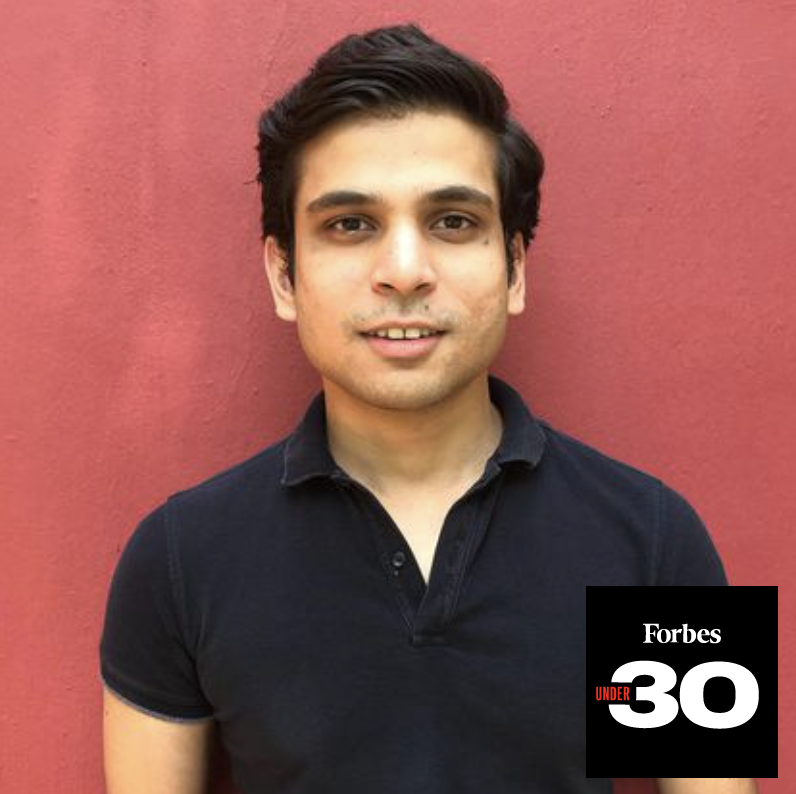 Tushar Aggarwal is the founder of Singapore-based Persistence One that capitalises on blockchain technologies to create “new age bleeding edge financial applications” that facilitate asset transactions such as commodity trading and debt financing for both retail and institutional investors. Last year, it raised US$3.7 million in a round of financing led by Arrington XRP Capital.

At Persistence One, Tushar is responsible for all business-related matters including fundraising, finance, operations and business development. While building his start-up, he encountered moments of dejection but found the resilience to keep going.

Tushar graduated from Nanyang Business School in 2013 with a double major in Banking & Finance and Marketing. He credited NTU Singapore for its pivotal role in his growth as an entrepreneur as it exposed him to a multitude of business verticals and prepared him well for the world of business. The soft skills and experience he gained from his involvement in various societies, clubs and Hall activities during university also helped shape his career and start-up. 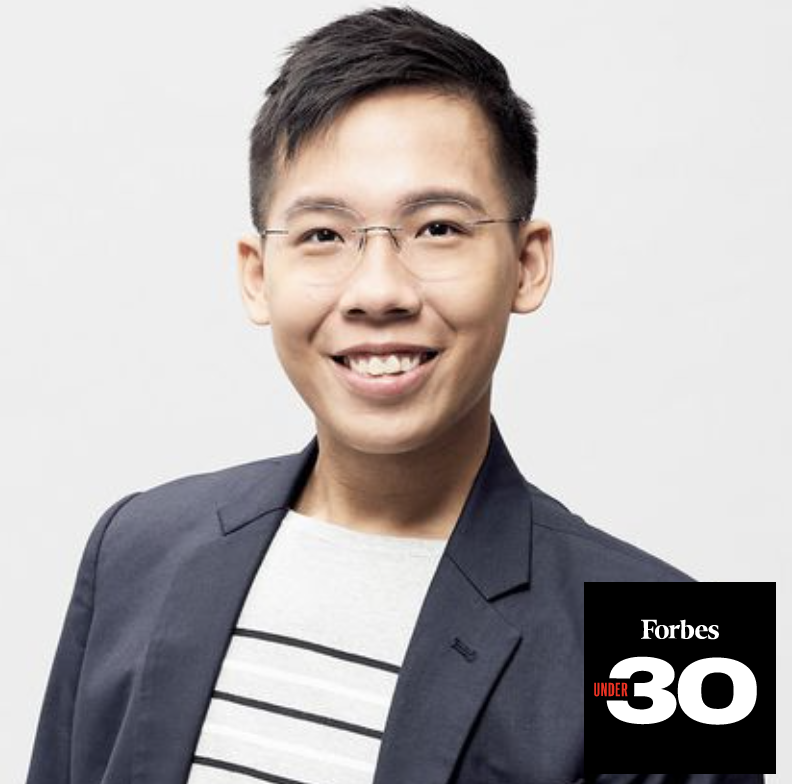 Givfunds was started in 2017 by Edward Yee and his co-founder while they were still students in the Overseas Entrepreneurship Programme (OEP) run by NTUitive. Givfunds serves to “provide catalytic capital to neglected social enterprises in South Asia”, especially those in rural and less-populated cities. They also help philanthropists to “enhance the impact and sustainability of their grant programmes” by managing and structuring impact investments in social enterprises. Since its launch, Givfunds has invested in 48 social enterprises, positively impacting over 45,000 people.

The inspiration behind Givfunds came from his backpacking trip across South and Southeast Asia when Edward visited and stayed with social enterprises, and witnessed how they were running profitable yet impactful businesses but lacking access to financial resources.

“It might seem like a scary decision to take the leap and start in the social impact space. But it is incredibly fulfilling. There is camaraderie and collaboration within the space, and your actions could make a real difference.”

Working in India proved to be challenging for Edward as a young Singaporean. He had to navigate India’s unique social ecosystem while working with people many years his senior. “Building trust and understanding the nuances of working in India were both exciting and challenging. There were many times I felt like giving up, but seeing the efforts of the social entrepreneurs we were serving powered us through.”

Looking forward, Edward hopes to expand Givfunds’ repertoire of offerings to help social enterprises, and to start a new fund that will better serve social enterprises while providing a return to the investors.

In his growing up years, Edward had to deal with dyslexia and learning difficulties in school. Likening it to solving a Rubik's cube, he said that learning to understand and embrace dyslexia has enabled him to make "unexpected leaps" in his education. Edward was an awardee of the Rhodes scholarship - the oldest international scholarship programme offered by the University of Oxford - and the first Singaporean in 14 years to receive this prestigious scholarship.

Yayuan (pictured right) began her academic career at NTU, specialising in materials science and engineering. She was one of the few outstanding NTU graduates to receive the Lee Kuan Yew Gold Medal in 2014. Currently based in the United States, Yayuan - a multiple-patent holder - has made significant contributions to the scientific advances of next-generation lithium batteries and carbon capture systems. Her research was also published in science journals such as Nature Energy and Nature Communications.

A serial entrepreneur with a big heart, Sazzad started SDI Academy to help migrant workers in Singapore acquire useful skills so they feel more empowered in performing their daily tasks and can assimilate better into the local community. The academy offers migrant workers lessons on English, computer literacy, financial planning and entrepreneurship. During the pandemic last year, Sazzad distributed food and essential items to 43,000 migrant workers and assisted them in sending money home during the lockdown through a partnership with several remittance groups.

A holistic approach to managing the “Three Highs”

Leaving a trail of art across Singapore

Looking at NTU through an alumnus’ lens