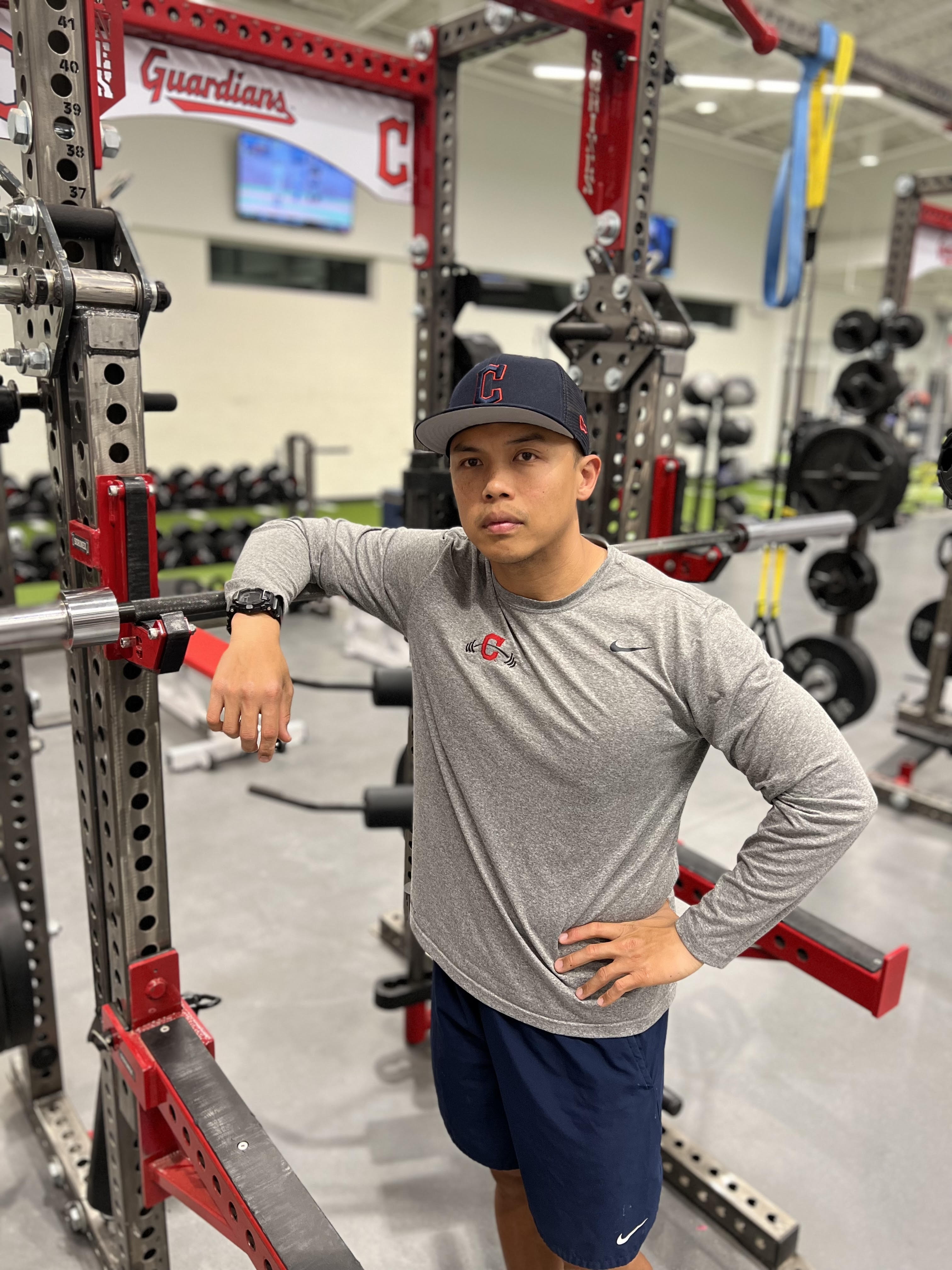 Growing up, Lionel was a fan of sports film 'Major League' and spent his teenage years watching the Cleveland Guardians (formerly known as Cleveland Indians) play. Today, he works in the Player Development Complex in Goodyear, Arizona where he helps develop and rehabilitate players throughout the organisation. He calls MLB legends like Sandy Alomar Jr (currently the Guardians' first-base coach) his colleague, and has been lucky enough to rub shoulders with All-Stars like Jose Ramirez and Shane Bieber.

When asked about meeting these superstars, Lionel said, "Meeting them in person took some getting used to especially when you idolise them and when you see them in person, you're dumbstruck and don't really know what to say. But getting to know them personally and learning about how friendly and warm they are made me an even greater fan."

Apart from his stint at the Cleveland Guardians, Lionel is pursuing his PhD in Medicine and Health at the University of Sydney, where he also works as a Research Associate. The focus of his PhD research is on athletic knee injury epidemiology and prevention. Juggling two heavy commitments has been challenging for Lionel but he found a way to cope with the demands of his work. "It is certainly not easy and I have fumbled multiple times. But when you are doing something that you enjoy and have great support from people around you, it makes things just a bit more manageable."

After graduating from the National Institute of Education (NIE) with a Bachelor of Science (Education) in 2011, Lionel became a physical education and geography teacher, as well as a basketball and softball coach at Methodist Girls' School. There, he developed a strong interest in strength and conditioning and injury prevention. Lionel later went on to pursue a Master of Physiotherapy at the University of Sydney and also worked as a strength and conditioning coach and head physiotherapist at the Singapore Baseball and Softball Association, and with elite soccer and rugby union players in Sydney.

Lionel describes how his education at NTU provided "firm stepping stones" to where he is now. "The breadth and depth of the academic subjects have prepared me to analyse sporting movements, to coach, and collect and interpret data in an evidence-based and rigorous manner," he said.

Working at Cleveland Guardians may be a dream come true for Lionel, but it comes with its own set of challenges. The Cleveland Guardians are a huge club comprising at least seven affiliate teams with around 200 players each. Lionel's biggest challenge was the "magnitude and complexity of the work" in the club.

"A small change upstream, such as a player who becomes unwell, can result in large and unpredictable changes downstream," he explained. "Couple that with the demands of professional sport, things can get tumultuous, reactive, and stressful quite frequently."

To cope with these conditions, Lionel quipped that he had to first be "comfortable with being uncomfortable". He further explains how developing and implementing "habits, processes and systems to guide decision-making" and "building genuine relationships with mentors and peers" have helped him handle challenges at work. 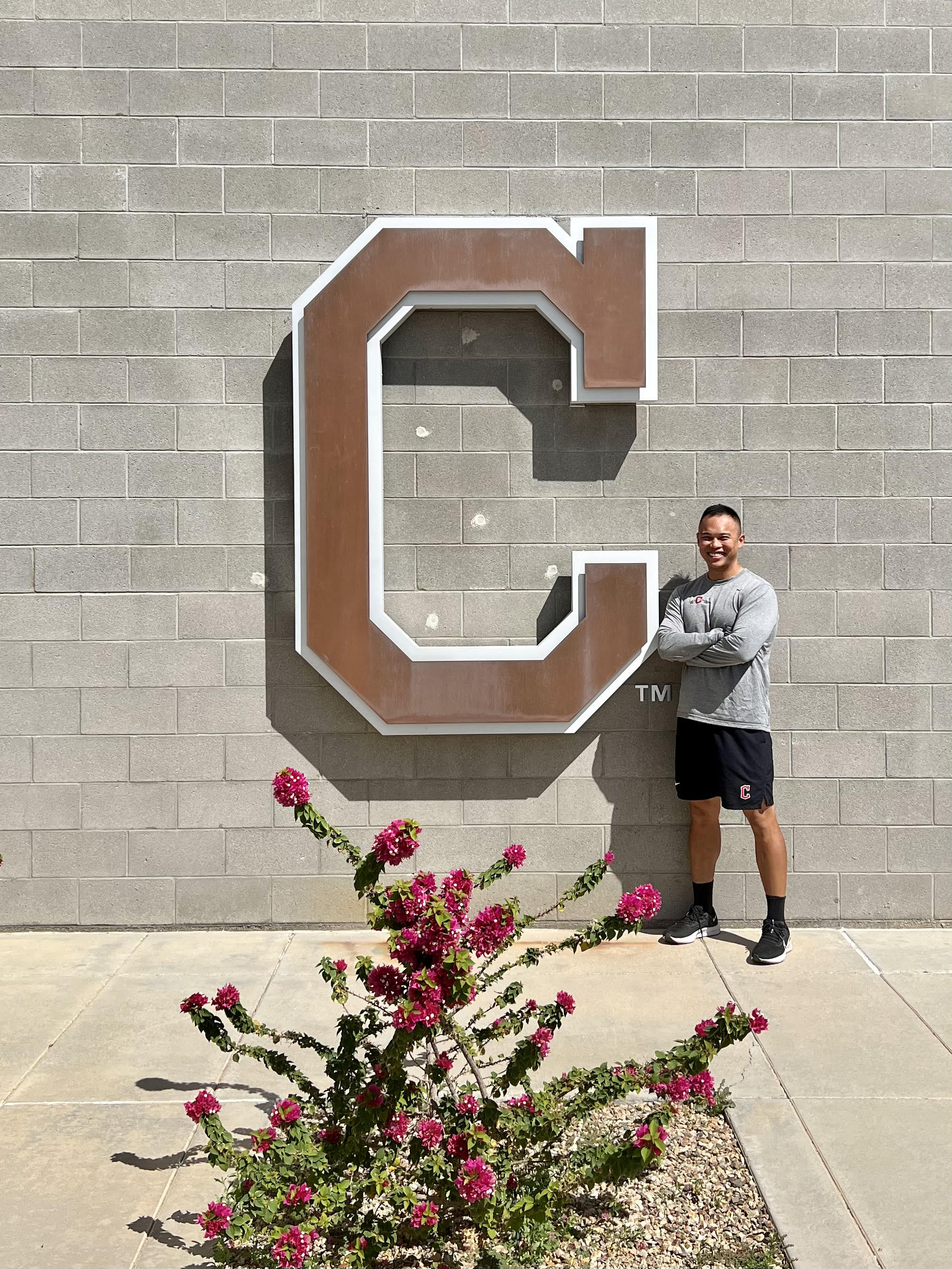 Despite a widespread perception that working in sport is "low-paying and unsustainable", Lionel believes that sport can be a long-term and rewarding career. He advises those keen on pursuing sport as a profession to explore platforms such as LinkedIn, Twitter and ResearchGate to network and find out more about the qualifications and experiences of individuals working in your dream job, and work towards acquiring similar - if not better - credentials or skillsets.

Getting into professional sport and especially a prominent baseball club like the Cleveland Guardians was, to Lionel, about "who you know and being in the right place at the right time".

There are limited opportunities in professional sport due to its appeal and prestige and for this reason, Lionel struggled with the numerous rejections along the way. Lionel related that he made the mistake of "allowing these rejections to define me and my self-worth took big hits with each wall I ran into". He admitted that he almost threw in the towel several times but persisted because of the strong support from his partner and an even stronger desire to break down barriers to be the first Singaporean coach working in professional sport in America. In August 2021, he sought advice from his Senior Lecturer at the University of Sydney who also happened to be a sports science consultant for the Cleveland Guardians. His lecturer mentioned that there was going to be a job opening in a few weeks, assured Lionel that he would put in a good word for him, and encouraged Lionel to apply for the position.

Looking back at his experiences so far, Lionel offers: "Working in professional sport can be all-consuming… I suggest removing the rose-tinted glasses when learning about the working environment and demands, have strong social support, and set clear boundaries for yourself."