The Singapore 40-over-40 Inspiring Women 2021 Awards by Career Navigators (a subsidiary of Mums@Work Singapore) honours women above 40 who have taken bold steps and overcome challenges when embarking on a new career, making a mid-career transition or beginning a new business venture. 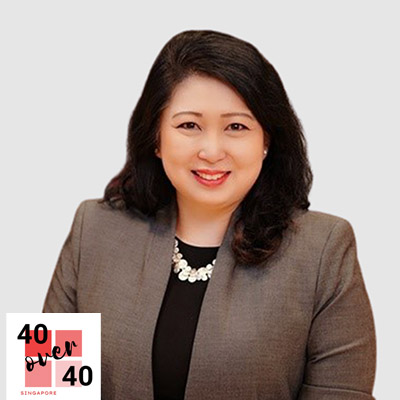 Aik Na was the first Asian female to be appointed Chief Financial Officer for DuPont’s global Titanium Technologies business, and after 21 years at DuPont followed by a year at The Chemours Company, she embarked on a new career at NTU Singapore, returning to her alma mater as its CFO in 2016. Two years later, she became Vice President for Administration at NTU Singapore, overseeing administrative functions at the University. At NTU, she has led organisational transformation, leveraging technology to drive productivity and accelerate people development.

According to her award nominator, Aik Na “unafraid to challenge convention and the status quo” as she champions organisational change. She has earned respect from her colleagues and stakeholders for her resilience, her ability to make tough decisions and to connect with people, while championing innovation and change. The new organisational capabilities that NTU acquired were tested when COVID-19 pandemic hit, enabled the University to pivot to remote operations for students and staff quickly.

In 2018, Aik Na received the Nanyang Alumni Achievement Award for her contributions towards “modernising NTU’s administrative infrastructure and capabilities”.

Her move to NTU was not without challenges. On her first day in NTU, she did not have an office space and “was told that she was actually ‘not needed’ for another couple of months.” Someone even told her “she was the wrong choice for NTU, and they were not sure why the search committee had picked her.” She took on the challenge nevertheless as she believed she could make a difference. A year later, she was named Chief Administrative Officer and was tasked to make NTU an innovative employer.

When Aik Na joined NTU, she had to take on a very different range of responsibilities and had to quickly adapt to the scale and complexity of her new role. Under her leadership, the NTU Administration saw a huge change in its operations. The University tapped on new technologies and global best practices to modernise and improve the institution’s administrative capabilities and infrastructure, advancing NTU’s vision to become one of the world’s great universities.

Her advice to women considering mid-career moves and young women just entering the workforce: “Embrace the challenges which come your way, accept the realities, give yourself a chance, and you’d be surprised at how much you are capable of.” 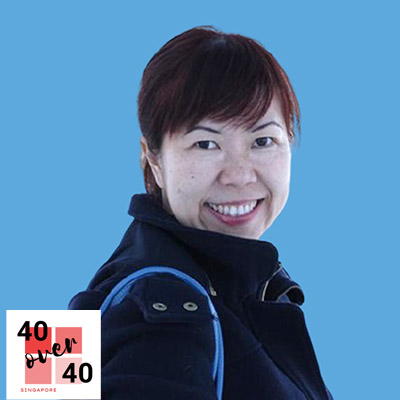 Jacqueline works in Amazon Web Services (AWS) as a Programme Manager, taking care of large-scale classified programmes in Singapore’s public sector. Before this, she was the Head of Department for English and Literature and Vice-Principal of an autonomous school, an Assistant Director for Learning Design at NTU Singapore, and a freelance education consultant. During her teaching stint, Jacqueline discovered her fascination with using technology to help students in their learning and to “prepare them for the future workplace”.

After 16 years as an educator, she decided to seek a new career in technology. Leaving teaching was a tough decision for Jacqueline as she was at the height of her career, and she loved her job in education. She also had to balance her dual role as a working mother while navigating the career switch.

“When I first broached the idea of quitting from what many felt was a stable career with great prospects in the civil service, I received mixed reactions,” she said. “Some saw the drive and wished me every success but others were sceptical and advised me to reconsider. Putting aside naysayers’ doubts and even self-doubt, I was determined to get out of my comfort zone and try something new.”

Jacqueline joined ST Engineering as a Project Manager, overseeing numerous tech-related projects in sectors such as defence and military, finance, and education. A year later, she joined NTU Singapore as an Assistant Director for Learning Design, where she managed and advised on the learning design of financial education at an institute.

“Venturing into uncharted territory was very daunting, especially when I was starting to learn the ropes at 40. Other than keeping my pride in check, I had to put in additional hours at work to build rapport with colleagues and customers to earn their trust,” she said, adding that joining the tech industry was the best career decision she has ever made as “there is never a dull moment”.

To get herself up to speed with her new tech role, Jacqueline tried to make up for lost time by learning on the job and after work. “I am constantly reading white papers, watching how-to videos, experimenting with lab work, asking my colleagues lots of questions, and attending multiple courses to upskill myself.”

“Cliché as it sounds, the old adage that ‘when you work hard, the universe will conspire to help you’ cannot be more true,” she said. “I hope that through sharing my story, I can spur others on to make the change they have been hesitant about so that they can eventually discover their talent and potential.” 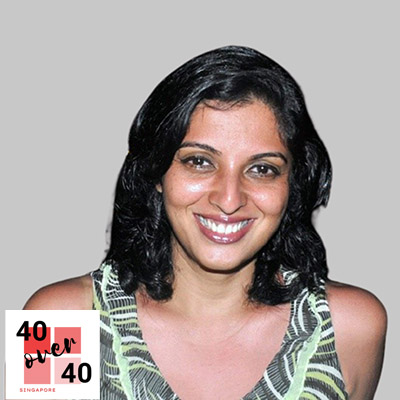 Vidhya is currently teaching General Paper at Raffles Institution. She is a proponent of lifelong learning and believes that her interest in teaching comes from her “innate sense of curiosity and exploration”. Before teaching, Vidhya had a flourishing career in banking and finance, which she later took a hiatus from to focus on her family. She was also previously an entrepreneur who built her own financial advisory practice from scratch over a span of five years, providing risk and wealth management solutions to more than 150 clients.

Re-joining the financial sector was not easy as she had to confront scepticism about her return. “One interviewer asked me how he can be sure that I will not prioritise the needs of my family again,” she said. “It seemed rather unfair to characterise my decision to prioritise my family as a flaw of some kind. Needs of families evolve, and I had clarified that the needs had changed, yet the fact that I did that seemed to be a blemish - which made me feel quite upset.” She also observed that people who take time-off to pursue passions are “considered more favourably than those who put family needs ahead of (their) career”.

At 42, Vidhya decided to take the plunge and made a career switch to join the Ministry of Education to pursue her passion for teaching. It was challenging for her to transit to a different career, having to start from the bottom. “Starting afresh at 42 was daunting, where I had to be open and accepting of those much younger than me giving me advice and assessing my performance,” she said. “Once I was able to respect their experience in the classroom it became easier. I had a wonderful 26-year-old mentor in my contract teaching stint, and I still remember the advice she gave me.” Her students also made her teaching stint “immensely worthwhile” with their heart touching messages of thanks. “The occasional concern shown by teenagers for my well-being made the experience an enriching one for me.”

On what success means to her, Vidhya said: “I have had to reconceptualise success - from titles, pay checks and other perks that the success in the corporate life offers one. But a note from a student saying ‘I thoroughly enjoy your lessons’ made it easier for me to step into the classroom, even as a 40-something Beginning Teacher.”