Like a fabled location foretold in legends, Mount Everest, at over 8,800 metres high, has inspired generations of people to scale its mountainous heights. Mr Jeremy Tong (SSM/2016) is one such mountaineer - in early 2019, he began preparations to ascend Everest on a charity climb for the Children’s Cancer Foundation.

While the prospects of reaching Everest’s peak may quicken the pulse, the treacherous terrain on the way up has also stilled many ambitious hearts. Mr Tong knew very well the risks involved as he put one step in front of the other on his latest expedition. He’d made an unsuccessful first attempt on Everest in 2017. The failure only made him even more determined to reach the summit.

In May 2019, after enduring days of high winds, low oxygen levels, sub-zero temperatures and even a ‘human traffic jam’ near the peak, Mr Tong realised his dream and summitted Everest. He recounts his journey to the top of the world in this interview with NTULink magazine. 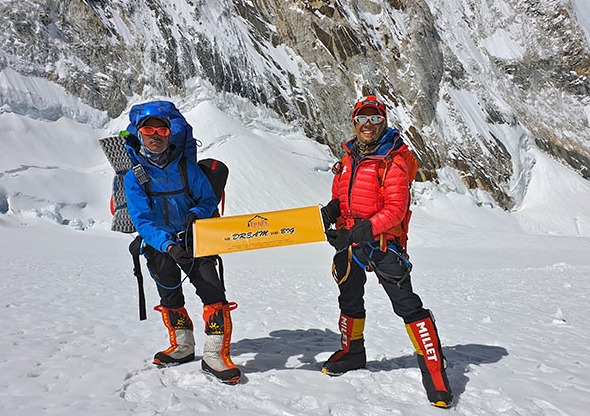 What motivated you to climb Mount Everest?

I first entertained the possibility of ascending Mount Everest when I was 16. I remember descending from the summit of Mount Kinabalu - the second mountain that I climbed. At half the height (4,095 metres) of Mount Everest, I thought, for the first time, that scaling Everest might actually be a possible feat.

May 2017 was my first attempt to scale Mount Everest. Hit with hypothermia, I turned around just 150 metres below the summit. It was a very painful decision to make. Even after I came back, something still felt amiss—I was not done with that dream; I felt that I deserved a second chance at the summit. At that moment, I knew I had to return to accomplish my goal.

How did you prepare yourself for the climb?

With the knowledge of the circumstances that made me turn around in 2017, I understood that I had to be both physically and psychologically ready.

My physical training included long runs (10-12 kilometres) and endurance exercises that involved climbing stairs for two to four hours per session. Knowing that the final push towards the summit was the toughest part of the expedition, I also performed two 12-hour training sessions at night to simulate it, which includes two-hour runs, a 15-kilometre trek and a 400-storey climb.

Mentally, it was about reminding myself how much I wanted to reach the summit. Whenever sponsors rejected funding my expedition, it only rekindled my ambition. Whenever I felt like giving up during training, I would remember what happened in 2017 and remind myself not to let history repeat itself. 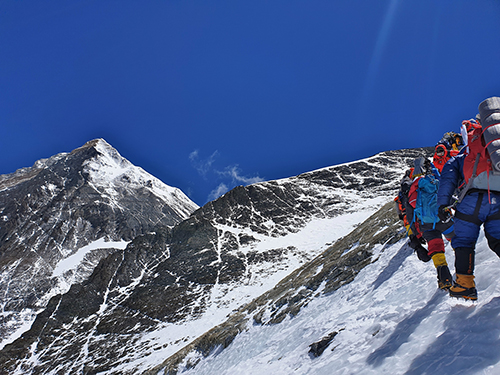 How did you keep your calm despite the dangers of the expedition?

Unfortunately, many people do fall sick or injure themselves on the expedition. This year, 11 people died on Mount Everest. One of them was my friend from the same expedition; I only discovered he’d passed away after heading down from the summit.

The news was extremely shocking, but at the same time, I knew that things like that could happen to anyone, even to myself. I had to be focused. If I was affected mentally, my descent would only be made more dangerous. I also kept my family and loved ones in my mind to distract myself from the plight that had plagued some of the other climbers.

What was the most challenging aspect of the climb?

It takes approximately two and a half months to climb Mount Everest. Other than the high altitude, which made the climb difficult, it was my longing for family. This aspect was especially challenging as my wife had just given birth to our son—he was two months old when I left for the expedition. 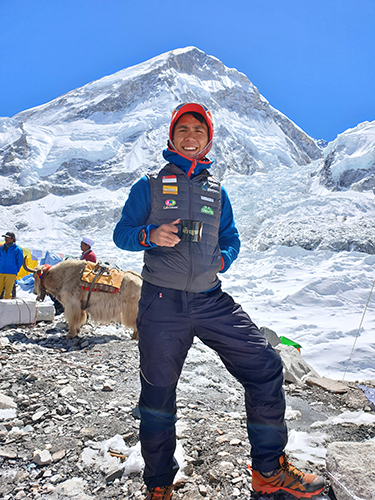 What was your most memorable moment during the expedition?

I remember most fondly crossing over the south summit where I was forced to turn back in 2017. I was elated to reach that point; I started to look around for the true summit. When I saw it, I knew that I was going to reach the top this time.

In addition, I also miss the camaraderie of my team members. With climbers from America, India, Taiwan and Poland, we all had something to contribute to the team, and we had an amazing time together. 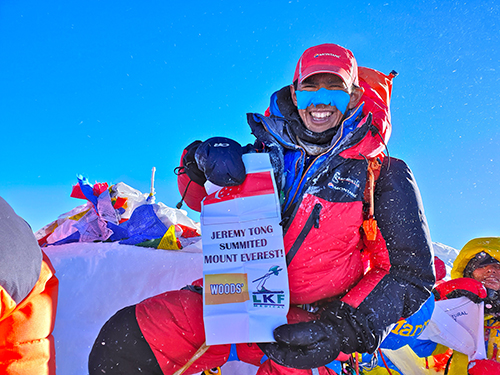