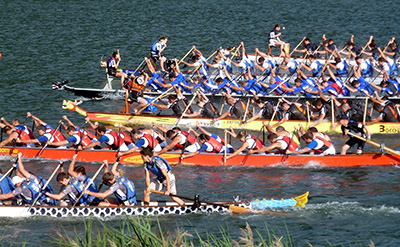 The Dragon Boat Festival is one of the big four festivals in the Chinese community alongside Lunar New Year, Qingming Festival (also known as Tomb Sweeping Day) and Mid-autumn Festival. It has a great influence on the Chinese community and is celebrated in different regions. During the festival, the Chinese community enjoy rice dumplings and participate in dragon boat races. In 2009, the Dragon Boat Festival became the first Chinese festival to be added to the UNESCO Intangible Cultural Heritage Lists. However, studies show that the traditions practised in this festival have waned over time and are slowly disappearing.

During the webinar “Dragon Boat Festival - Preserving Culture and Tradition” organised by the University Advancement Office on 11 June, alumni speakers Ms Ng Kim Guat (Arts/1980), Ms Au-Yeung Chi Ting (MSE/2015) and Ms Lin Wan-Chi (CCLC/2005) spoke about how the Dragon Boat Festival is celebrated in different places, and how its customs can be preserved. The session was moderated by Mr Otto Wen Quan, Director of NTU China Office.

Ms Ng said that even though the Dragon Boat Festival is not a designated public holiday in Singapore, the traditions associated with it are valued. For the past few years, Singapore has been hosting dragon boat races that bring together international dragon boat teams. Clan Associations in Singapore such as Hokkien Huay Kuan and Teochew Poit Ip Huay Kuan also host cultural activities during the Festival.

The Dragon Boat Festival is a widely celebrated public holiday in China, Hong Kong and Taiwan, where the dragon boat race is a significant event. Moderator Mr Wen said that since traditions and festivals are important aspects of cultural identity, finding new ways to integrate these customs into daily lives and translating some aspects of festivals into business opportunities and commercialisation would help to preserve disappearing traditions and cultures. 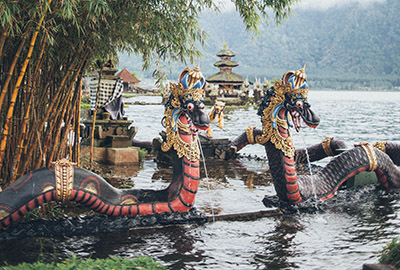 For example, in ancient times, the Chinese used to collect water from the mountains in the afternoon, known as “mid-day water”, to clean the house and cleanse the body, and hung wormwood at the door to ward off evils and cure diseases. Over time, this custom has been adapted in Taiwan. Ms Lin said that residents today create their own “mid-day water” by leaving containers of water under the sun until noon before using them for cleansing.

Through this webinar, participants learnt that most traditional customs centre around bringing hope to achieve prosperity, warding off evil, and eliminating disasters and that understanding the meaning behind these customs is the key to passing on the knowledge and history of these festivals from one generation to the next.