Having benefitted from a bursary as an undergraduate, Mr Teo Wee Hwee (NBS/Class of 1997) decided to help students facing similar difficulties as he did growing up. 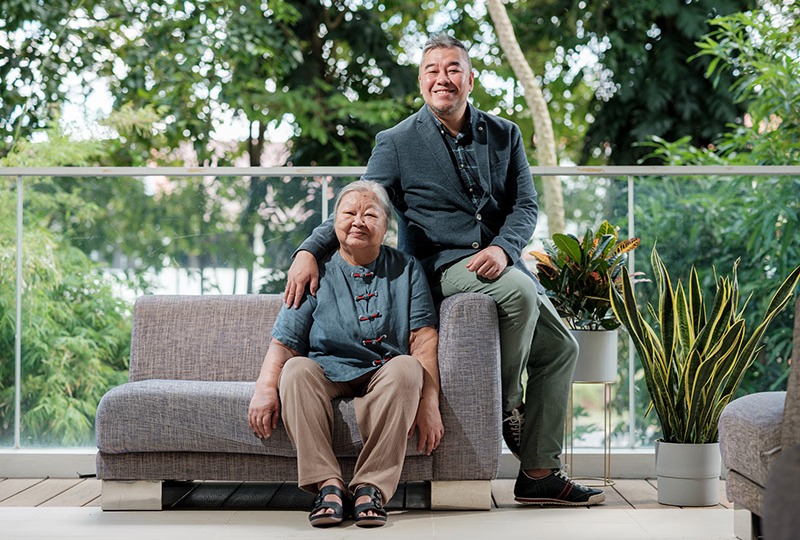 So in 2020, he pledged S$40,000 to set up a bursary at NTU jointly named after his mother and himself. It comprises an annual contribution of S$10,000 until 2023 towards the Khoo Ah Yang and Teo Wee Hwee Bursary.

“Now that I am able to provide for myself and help more people, I think it is a good starting point,” he says.

Wee Hwee, who works as a tax consultant, hopes that students who face financial difficulties “never be disheartened and instead always look forward, and think positively”. “There are plenty of examples around us of people who have moved out of poverty,” he adds.

Including his mother’s name in the bursary reflects his love for her and she is his biggest inspiration. Growing up, family life for Wee Hwee was marked by mental health issues and financial struggles.

Although his mother suffers from schizophrenia, it did not stand in the way of her taking care of him and others. His late father was the sole breadwinner and earned S$1,000 a month as a labourer to support the family of four. “We were never hungry. But we didn’t enjoy a lot of luxuries,” he says.

The family lived in a kampung in Buangkok together with his paternal grandmother until he was four, then moved to a one-room HDB rental flat. Wee Hwee, 48, says that they did not have a refrigerator until he was about 10 years old, nor a telephone at home. But he never felt unhappy.

"My childhood was kind of traumatic, in some ways,” recalls Wee Hwee, who witnessed his mother’s schizophrenic episodes, which got “quite serious” at times. 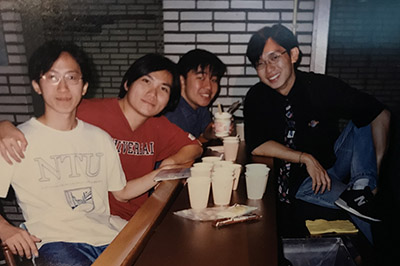 Instead of wallowing in life’s challenges, Wee Hwee found inspiration. He remembers how his mother, despite her illness, took care of the family and his grandmother who suffered from diabetes and became very ill in her old age. “She took really good care of (my grandma) and all of us. She never complained.”

When he gained admission to NTU’s Nanyang Business School (NBS), he knew his father did not have the means to finance his tertiary education. Taking it all in his stride, he covered his expenses in multiple ways. He took a bank loan and received the Ngee Ann Kongsi Bursary that helped with tuition and hostel fees, while supplementing it with part-time work during the school holidays.

"I studied accountancy because I wanted a degree or qualification that can help me get a job as easily as possible, and accountancy was the answer,” says Wee Hwee. His aim was to support his family once he graduated.

"The kindness of donors has supported me with my school allowance so I can work less and focus on my studies and spend more time with my family. The bursary also helped pay utility bills." - Mohamad Salihin Bin Mohamad Kassim, NTU Bursary beneficiary

NTU Bursary Fund
Bursaries are awarded to financially disadvantaged full-time NTU undergraduates. This Bursary Fund is supported by students, alumni and friends. If you would like to make a positive difference to help needy students, you can make a donation of any amount today.