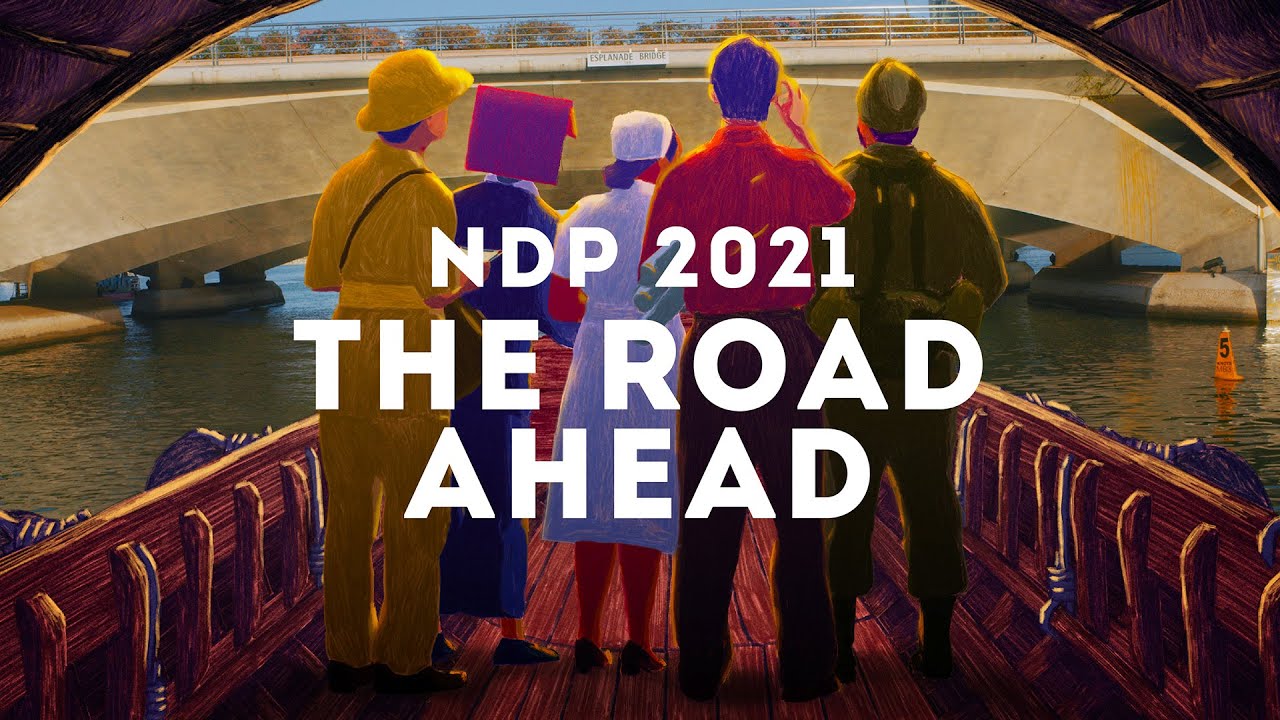 For Singapore’s 56th National Day celebration, the National Day Parade (NDP) show committee commissioned a series of animated videos to commemorate the nation’s independence. Collectively they tell of the challenges Singapore has faced in its history of nation-building and how the people of Singapore have demonstrated resilience during tough times, including the recent COVID-19 pandemic.

The first video released was a music video for the NDP 2021 theme song “The Road Ahead”, a co-production between Zhao Wei Films and Finding Pictures. The music video, according to NDPeeps, serves to remind Singaporeans that “there is strength to be found in unity” and that “as long as we stand together, we shall overcome the odds”. The video has, to date, been viewed over three million times on YouTube.

Finding Pictures, who were responsible for the animation in the music video, is an independent animation studio founded by NTU’s School of Art, Design and Media (ADM) alumni Andre Quek and Mark Wee who graduated from ADM’s Digital Animation programme in 2014.

The team at Finding Pictures worked very closely with NDP 2021 creative director and filmmaker Boo Jun Feng, to bring his idea of mixing filmed scenes with animation in the music video to life. They spent six months conceptualising the visuals and deciding how to use animation to accompany the video. Andre said that they wanted to use "different styles to show the different segments and represent the visual diversities" and he thought that these efforts “shone through” in the final video.

On Finding Pictures’ involvement in producing NDP 2021 theme song’s music video, Andre said that they are proud and honoured to be able to contribute to it. "While our films are circulating the festivals and gaining international audiences, it is homegrown projects like this, being able to represent Singaporeans, that hits right in the heart."

On Finding Pictures’ Facebook page, the studio thanked all the people involved in putting the music video together. “Some may not know that creating animation can be a back-breaking experience. Over the last few months, we’ve have poured out our heart and soul; laboured over every frame and brushstroke, to weave together the various animated sequences in the music video. All of this would not be possible without the...amazing animators, artists, and creative collaborators!”

Andre Quek is also an adjunct lecturer with ADM for four years, and will be teaching Principle of Motion, and Storyboarding and Production in 2021-22. He intends to keep giving back to the school by helping to nurture future animation talent.