Many who choose the path of a creative will likely say it is a calling. 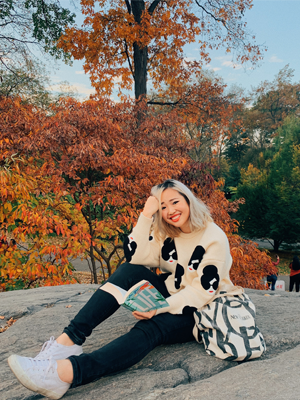 Take Ms Jemimah Wei, for example. The writer, host and travel blogger says: “I’ve just always been wired to care about stories. It’s a little different from someone who might develop an interest in astrophysics later in life when they encounter it in higher education, for example. But we learn about the world through stories from the moment we’re born, so asking me what sparked my interest in writing is like asking what sparked my interest in oxygen.”

Jemimah says she tried doing “the traditional Asian thing” and applied for a law internship, but being the “world’s worst law intern” cemented her resolve to make it as a writer.

Jemimah’s fiction was recently nominated for the 2021 Pushcart Prize, the 2022 Sundress Best of the Net, and she received an honourable mention in the Francine Ringold Award for New Writers in 2020. A National Arts Council Scholar, her fiction has appeared in international literary magazines such as CRAFT Literary, Nimrod and The Florida Review. In addition to her current role as columnist for New York-based No Contact Magazine, Jemimah is busy editing a novel and two short story collections, while also writing a third.

Her talents also extend to the screen. You may recognise her as the effervescent host of E! Travel Diaries, ClicknetworkTV's Hype Hunt, and Japan Tourism Board's Secrets of Okinawa, among others. She also combined her skills to help write, produce and cast for Laneige’s “My BB Love” commercial in 2017, which received 100,000 organic views within two days of its debut.

While Jemimah has made her career as a writer, she cautions those who dream of taking a similar route. “You won’t make much money, and everyone will think you’re a bit crazy, so don’t do it unless you know in your heart that this is what you must do with your life,” she says. “I don’t have any of the things my peers have – a good salary, solid investments, a leg on the property ladder, etc. But if this is truly what you want to do, you’ll know, because none of that other stuff will matter as much as being the kind of artist you’re called to be.”

Jemimah landed her first full-time job as a copywriter at just 18 years old. Having started young and being female, she faced challenges. But she did not let the opinions of others deter her. She urges: “If you have something of worth to say, there will be someone else out there who respects you enough to meet you at your level. Find those people, then be that person for a younger, fresh-faced person.”

Click here to read about other Nanyang Alumni Award recipients.