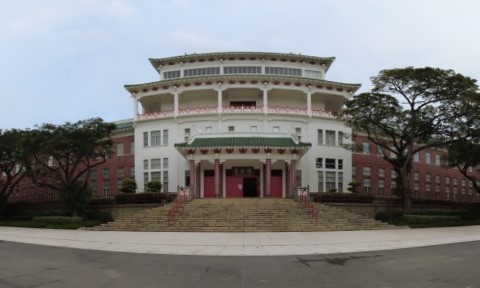 The Chinese Heritage Centre (CHC) was founded in 1995 to advance knowledge and understanding of the ethnic Chinese communities in different parts of the world. Established as a non-profit organization, CHC’s work is guided by an international Board of Governors. In 2011, the CHC has been reconstituted as an autonomous institute of Nanyang Technological University (NTU). The current Board of Governors Chairman is Professor Su Guaning, President Emeritus of Nanyang Technological University (NTU).

The CHC undertakes a range of research, exhibitions, public education, documentation/archival collections, and community outreach activities. The major projects the CHC has undertaken include the publication of The Encyclopaedia of the Chinese Overseas (edited by Lynn Pan) in 1998, which has become the standard reference on the Chinese Overseas and has been translated and reprinted in Chinese, English, and French; and the publication of Southeast Asian Personalities of Chinese Descent: A Biographical Dictionary(edited by Leo Suryadinata) in 2012.

The CHC also serves as a leading research and resource centre on the Chinese overseas outside China. Its Wang Gungwu Library is an excellent resource center for scholars, researchers and students with over 56,000 books in its collection.

A permanent exhibition in the CHC called Chinese More Or Less: An Exhibition on Overseas ChineseIdentityhas been unveiled since July 2005. It replaces the former permanent exhibition entitled From Segregation to Integration: Story of the Chinese Overseas. This exhibition showcases and explores themes related to “Chineseness” and the Chinese identity and has attracted student groups, scholars, and visitors from Singapore, Southeast Asia, China, and all over the world.

Another permanent exhibition in the CHC called Nantah Pictorial Exhibition has been unveiled since 2007. This exhibition captures the spirit behind the founding of Nanyang University (Nantah), the first and only Chinese-medium institution of higher learning outside China.

Through the generous donations by Chinese business leaders across Asia and major Singapore clan associations like the Hokkien Huay Kuan and Ngee Ann Kongsi, the CHC is able to fund these activities so as to realize its mission.

The Singapore Government had given the Centre a $5 million endowment fund, and interest from the fund has helped support CHC’s work. Several reputable donors have also pledged $1 million each towards the Centre when it was first founded in 1995. They included prominent personalities like Dr Wee Cho Yaw, Sir Li Ka Shing, Mr Liem Sioe Liong, Dr Jeffrey Koo, Mr Chatri Sophonpanich, and Mr Lee Seng Gee, and others. In 1997, the Singapore Totalisator Board also gave a welcome $500,000 donation for the redevelopment of the ground floor and the second storey into a library and an auditorium. Other major organizational donors include Ngee Ann Kongsi, the Singapore Hokkien Huay Kuan, the Hong Leong Group, the Lee Foundation, and others. After being reconstituted as an autonomous institute of NTU, the CHC continues to rely on private donations and government matching grants to support its operation.