It is expected that in 2050, more than 70% of the population will live in urban cities. Urbanization has facilitated many people’s lives, yet it also causes big problems, including traffic congestion, air pollution, urban planning, increased energy consumption, noise pollution, natural disasters etc. This series of research seminars involves research talks from well-known researchers working surrounding the area of urban science and will introduce the frontier advances in various aspects of urban science, including but not limited to urban infrastructure planning, logistics, urban data sensing, urban data analytics, urban computing applications, etc.

Abstract: Automatic Identification System (AIS) is big data in the maritime shipping field. AIS data generally include static information (e.g. IMO number, and vessel length and width), dynamic information (e.g. latitude and longitude position, course over ground and speed over ground) and voyage-related information (e.g. draft and destination). Although AIS data have been used in a variety of research applications, research on logistics to estimate global trade flows and transport patterns for each type of cargo remains scarce, information on the contents of cargo on board, loading factors, and loading/discharging ports cannot be ascertained directly from the data. In this presentation, I’d like to introduce several recent research in our group related to logistics analysis using AIS and other vessel movement data, including vessel movement analysis, vessels’ route choice, speed optimization in the Arctic Sea, historic change of maritime container shipping network, cargo flow estimation, real-time port cargo throughput forecasting, and efficiency analysis of container terminal with image analysis.

Bio: Dr. Ryuichi Shibasaki is an Associate Professor at the Resilience Engineering Research Center and Department of Technology Management for Innovation (TMI), School of Engineering, The University of Tokyo. He worked as a researcher of National Institute for Land and Infrastructure Management, Ministry of Land, Infrastructure, Transport and Tourism, Japan for 15 years, including temporary assignment as chief researcher of the Overseas Coastal Area Development Institute of Japan (2012-2015), visiting researcher of Modern Logistics Research Center, Tsinghua University (2006-2007), and visiting Associate Professor of Kyoto University (2014-2017). His research focus is primarily on global intermodal freight flow modelling, port logistics, and maritime big data analysis. Dr. Shibasaki’s research has received three awards for “Best Application in Practices” from the Eastern Asia Society of Transport Studies (EASTS) in 2009, 2011, and 2015, and two from the International Association of Maritime Economists (IAME) in 2014 and 2020. He currently serves as an associate editor of Maritime Policy & Management and Asian Transport Studies. Also, he is one of the representative organizers of the International Conference on Transportation and Logistics (TLOG Network).

Abstract: As economic losses caused by natural disasters increase, assessing the economic impact of a future possible natural disaster is becoming more and more important. A computable general equilibrium (CGE) model is a strong candidate for such an assessment. I will introduce the Dynamic Spatial CGE model for disaster case study and how to use its quantitative evaluation results in policy decision making.

Bio: Atsushi KOIKE is the Dean of the Graduate School of Engineering, Kobe University. His research field is infrastructure management and planning in civil engineering.

Abstract: With the proliferation of GPS enabled devices, massive amounts of geo-spatial data are being generated at an unprecedented scale. The talk will first give an overview of the research on geo-spatial data mining and management done by the team of the speaker. Then the rest of the talk will cover the following topics: 1) Distributed systems for querying enriched spatial data, and 2) deep learning of trajectory data for trajectory computation, such as trajectory similarity and trajectory simplification, and intelligent traffic applications.

Bio: Cong Gao is currently a Professor with School of Computer Science and Engineering in Nanyang Technological University (NTU), and a co-director for Singtel Cognitive and Artificial Intelligence Lab for Enterprises@NTU (SCALE). Before joining NTU, he was an Assistant professor in Aalborg University, Denmark. Before that, he worked as a researcher at Microsoft Research Asia. From 2004 to 2006, he worked as a postdoc in University of Edinburgh. He received his Ph.D. in Computer Science from National University of Singapore in 2004. His general research interests are in Data Science. In particular, his research focuses on geospatial data management, spatio-temporal data mining, recommendation, and mining social media data. He has published in prestigious journals (e.g., VLDB Journal, TODS, TKDE) and conferences (e.g., VLDB, SIGMOD, ICDE, KDD, WSDM, SIGIR, WWW). His citation in Google Scholar was over 14000 with H-index 61. He served as a PC co-chair for ICDE’2022 and associate chair of KDD’22. He served as a PC co-chair for E&A track of VLDB 2014. He serves as a PC vice-Chair for ICDE’18. He is an associate editor for ACM Transactions on Database Systems (TODS) and the vice Chair of ACM KDD Singapore chapter.
Abstract: Coastal Cities in East-Asia: Climate-Change & Multihazards in an Evolving Landscape Abstract: Cities, the hearts of our contemporary political and economic systems, have developed in the vicinities of waterways and low-lying coastlines, and the tools of economic prosperity are exactly what also makes them weak in the face of climate change: Assets’ concentration, polarization and connectedness.

In Japan, the major port cities and economic centers - namely Oosaka, Nagoya, Tokyo - are already partly underneath the waterline, and upon closer examination, stormwater pipes and roads designed as secondary waterways may even further increase the flooding impacts. A coastal flood is not a coast problem in a city, it is the successive disqualification of networks generating systemic collapses. In Christchurch, New Zealand, the 2011 earthquake brought the land down to 1 m lower in the coastal areas of the city, generating a rapid relative sea-level rise, and those issues were investigated, revealing several Achilles heels, both structurally and socially.

By polarizing their surroundings, cities have emptied the countryside, which has become the source of “new hazards” such as climate-change-related landslides, debris flows and floated wood debris. And because what happens in the countryside does not stay in the countryside, the lack of manpower, management and transformative spaces are creating new risks for the cities, as the North Kyushu (2017) wood debris and flood crisis revealed. Depreciated rural areas were transformed in a field of landslides and debris-flows that played as ammunition went to plunder downstream waterways, cities and coastal economic systems (oyster farms, etc.).

Furthermore, most of East-Asian coastlines are facing a combination of hazards: “multihazards”, and in spite of rising awareness, this remains largely unaddressed, with for instance the city of Nishinomiya showing potential landslides that can invade waterways, but flooding mapping not taking into account those landslides. Similar issues lie with tsunami or storm surges. And because these issue often affect lifelines and communication networks, it is an open-door for domino effects.

These issues are a recurrent problem in our strategies against climate change, because of the way we are educated in academic silos, because of the way natural hazard science relies on statistical data, and because of the way laws and economic rules are set in a time, which can make them obsolete the very next day. The ageing population in Japan was to be foreseen but it is one of the fast growing weakness of the country facing climate change natural hazards. Ageing problem further emphasized by the transfers of populations to cities reducing cultural capitals, essentials for increased resilience (e.g. in the Mentawaii Islands of Sumatra).

Bio: Born in France in 1978, C. Gomez graduated with a M.Sc. from Sorbonne University in Paris in Environmental and Geosciences, before completing a Ph.D. at Paris Diderot University on Volcanic surface processes and hazards of Java, Indonesia. He then worked on a collaboration project between the French CNRS and Berkeley University (Cal, USA), and then took a tenured-position in New Zealand at Canterbury University, where he was researching and teaching climate change hazards from the mountains to the coast. During this time, he also developed a portfolio on tsunamis in Indonesia, Japan, New Zealand and the Pacific island, combining geoscience, archaeology, and social sciences. He is now Full Professor at Kobe University, where he leads the laboratory of sediment hazards, and he is the first Exceptional-Research Professor at UGM in Indonesia. His present research investigates the relation between climate-change, sediment and coastal hazards within the framework of evolving socio-economic realms, with methods ranging from remote-sensing to geophysical subsurface imaging and geotechnical engineering, including aspects of ethics of hazards and science. Researchgate: https://www.researchgate.net/profile/Christopher-Gomez
Abstract: Due to the unavailability of GPS signal in building and underground infrastructures, indoor localization using alternative signals has received extensive research in the last two decades. This talk will present our recent works on exploiting three new sensing modalities, i.e., inaudible acoustic reverberation, powerline electromagnetic radiation, and LoRaWAN radio, for indoor localization. Evaluation results show that these three modalities can achieve sub-meter, meters, and 10-meter localization accuracy.

Bio: Rui Tan is an Associate Professor at School of Computer Science and Engineering, Nanyang Technological University, Singapore. Previously, he was a Research Scientist (2012–2015) and a Senior Research Scientist (2015) at Advanced Digital Sciences Center, a Singapore-based research center of University of Illinois at Urbana-Champaign, and a postdoctoral Research Associate (2010–2012) at Michigan State University. He received the Ph.D. (2010) degree in computer science from City University of Hong Kong, the B.S. (2004) and M.S. (2007) degrees from Shanghai Jiao Tong University. His research interests include cyber-physical systems, sensor networks, and pervasive computing systems. He is the recipient of IPSN’17 and CPSR-SG’17 Best Paper Awards, SenSys'21 and IPSN’14 Best Paper Award Runner-Up, IPSN’21 Best Artifact Award Runner-Up, PerCom’13 Mark Weiser Best Paper Award Finalist, and CityU Outstanding Academic Performance Award. He is currently serving as an Associate Editor of the ACM Transactions on Sensor Networks. He also serves frequently on the technical program committees of various international conferences related to his research areas, such as SenSys, IPSN, and IoTDI. He received the Distinguished TPC Member recognition twice from INFOCOM in 2017 and 2020. He is a Senior Member of IEEE.

Abstract: Today's rapid urbanisation, together with growing concerns over climate change, makes it increasingly important to build efficient and resilient urban infrastructures. However, conventional planning approaches are becoming questionable, as they typically rely on “best practice” or simulation-based methods that are not able to cope with the increasing complexity of urban systems. This talk will show how the combination of complexity science with new types of user-generated data (e.g., mobile phone records) opens a promising avenue towards a much-needed, deeper understanding of the bottom-up organisation of cities. It will then discuss why these new scientific insights are key for a more people-centric design of urban infrastructures that enhance the socioeconomic and environmental performance of cities. A focus will be set on low-carbon mobility and energy systems.

Bio: Markus Schläpfer is currently senior research associate at the University of Bern (Switzerland), a principal investigator at the ETH Future Cities Laboratory (Singapore) and an adjunct assistant professor at the Nanyang Technological University (Singapore), within the School of Computer Science and Engineering. He received his PhD from ETH Zurich (Switzerland) at the Department of Mechanical and Process Engineering and conducted postdoctoral fellowships at the Santa Fe Institute and at MIT (USA). His main research goals are the derivation of quantitative, predictive models for the organisation of cities and its interplay with urban infrastructure networks. His work has been published in top-tier venues such as Nature (twice). 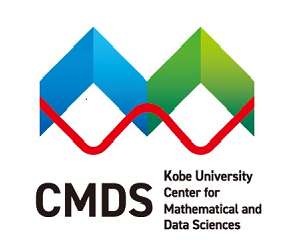