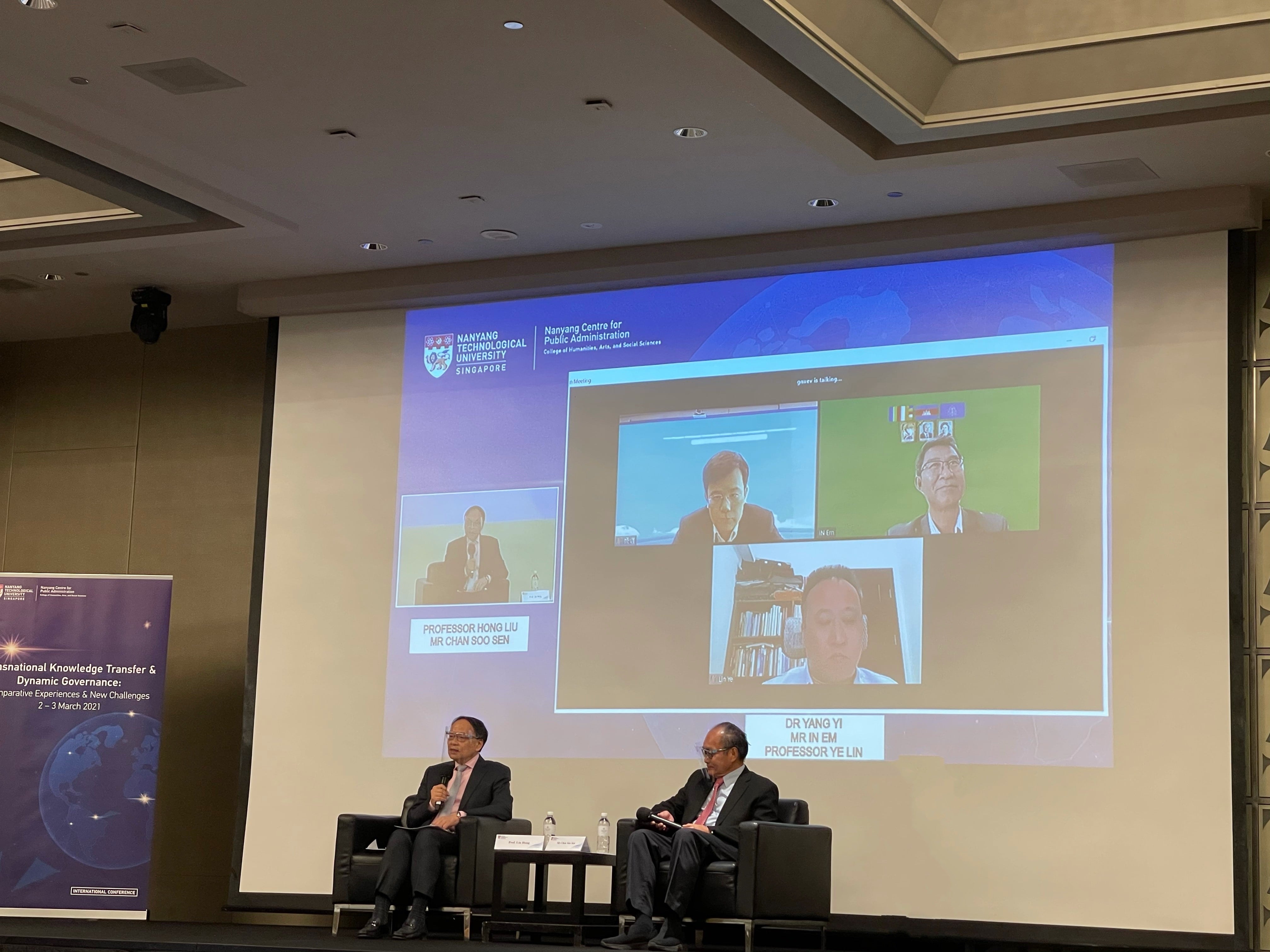 The Conference was held in person and online

Transnational knowledge transfer is generally regarded as a one-way, "from north to south" knowledge flow. However, in the past few decades, exchanges and interactions between developing countries have become more frequent, which has promoted knowledge building, skill development, and resource sharing in the political, economic, social, cultural, environmental, and technological fields. Against the backdrop of the COVID-19 pandemic, the public governance and public healthcare systems of countries worldwide are facing unprecedented challenges. And the tables seem to have turned on countries in the northern hemisphere, such as the United States and European countries, which have not performed satisfactorily in controlling the pandemic. In contrast, some Asian countries such as Singapore and China have effectively responded to the pandemic, setting an example for developing countries.  The practice of mutual learning and policy transfer between the developing and non-Western countries has become more common, and its influence is also expanding day by day.
In 2017, Professor Liu Hong, Director of NCPA, received a Tier 2 grant from Singapore’s Ministry of Education for the research project titled “Transnational Knowledge Transfer and Dynamic Governance”. In conjunction with the conclusion of the 3-year project, the NCPA’s research team organised this conference to share their research findings and best practices on public governance and socio-economic development with scholars, policymakers, and practitioners working in the field of transnational knowledge transfer between countries in the Global South. The conference also discussed new governance challenges brought about by the COVID-19 pandemic and the role played by transnational policy transfer.

Prof Liu Hong summarised the main findings of the research project on behalf of the research team. He believed that the process of transnational knowledge transfer is a systematic transfer of software and hardware. The knowledge and experience of one country cannot be fully applicable to another country. Therefore, in transnational transfer, the localisation of knowledge and experience is a vital link for effective adoption. On the other hand, the institutionalisation of the key process of transnational knowledge transfer and receiver is also an important aspect of determining its effect.

Using NTU Singapore as an example, Prof Lam Khin Yong gave an introduction on how the University promotes knowledge transfer, innovation and entrepreneurship in the process of research globalisation through reforming scientific research. He believes that knowledge creation and knowledge transfer are now in an era of collaboration, and research on globalisation can help increase social influence and produce commercial results. Forming a collaborative network is an organic process that requires top-down leadership and bottom-up support. The success of the triple helix model structure with the elements of universities, industry and government is inseparable from the support and funding of public institutions.

Most experts and scholars at the conference believed that the one-way knowledge transfer model from north to south has become outdated. With the rise of China and the emerging economies in the southern hemisphere, mutual learning and mutual learning among countries in the global South has gradually become the main form of transnational knowledge transfer. The "China Model" and the "Singapore Model" are valued in Southeast Asian and African countries, and their policy and management practices have also benefited some countries.